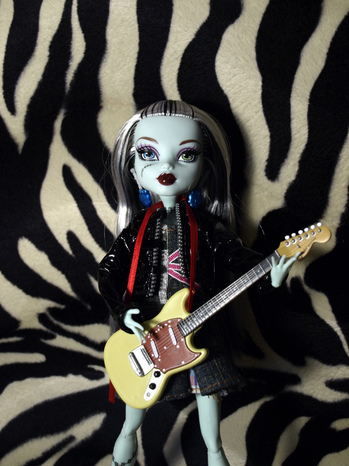 They are provided by Riot Grrrl Berlin who originally hosted them on a service which no longer exists, so they have now made the tracks available as free (and legal!) BitTorrent downloads.

You will love some and you will hate some, but how often is such a resource of riot grrrl and feminist music so freely available? Supporting it is a great way to spread the word.

If you have your own band and want to submit music to their 6th compilation, you can do so here, the deadline being 15th April 2013.

[The image is Desdemona is a punk rocker and it was taken by Serena. It has a Bratz doll dressed in punk-style clothing playing an electric guitar. It is used under a Creative Commons Licence]