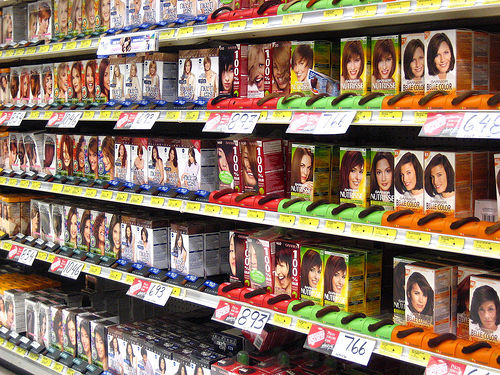 I’m planning to let my hair go grey naturally, rather than dying it, I announce to my oldest friend. Far from congratulating me on what I had smugly assumed to be a brave and radical decision, she turns to me, horrified, and exclaims, “But it will make you look so old!”

Does my friend plan to dye her hair when the time is ‘right’? She doesn’t yet have any grey hairs, and is a year older than me. Yes, she most definitely will be dying it, she tells me. But she doesn’t think she’ll have to start dying it for a while: her mother remained a brunette into her early 40s.

My own mother, on the other hand, has dark hair like me, and has been colouring her hair to cover the grey since her early 40s. We have had several conversations during which she has expressed a desire to be released from the shackles of continued dying, but feels she cannot ‘go grey’ now; any radical change in her hair colour would – she imagines – make her look like an old hag.

I found the disparity between my friend’s attitude and my own quite shocking. Going grey is something that happens to all of us, an inevitable part of the ageing process. Many of us start to go grey in our late 20s or early 30s. Some of us decide to dye our hair, thereby covering our grey. Others don’t bother starting.

For those of us who have dyed our hair for other reasons – maybe we don’t like our natural hair colour – it is simply a case of carrying on. But for others, like me, who haven’t dyed their hair since their early 20s, it requires an active decision either way.

I naively assumed that most women my age would prefer to go grey than commit to dying their hair for the next 30 years.

There are hard-headed, practical reasons for this. For one thing, dying your hair can be hideously expensive. Ubiquitous high street salon chain Toni and Guy, for example, charges anything up to £55 for a root touch-up, which will be on top of the price you pay for a cut and blow-dry. Although the cost of dying your hair can be mitigated somewhat these days by the increased efficacy of home hair tint and root touch-up kits, if you want it done professionally, in a salon, you have to cough up big-time. 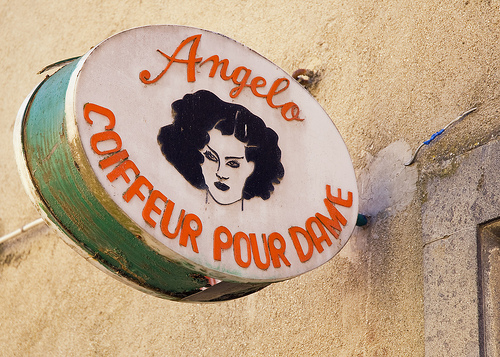 As well as the financial implications, the sheer commitment to this kind of enterprise puts me off wanting to start. Root touch-ups are required every four to six weeks which, multiplied by some 30 years, seems like far too much of a commitment. (Please don’t assume I’m some kind of hair-care refusenik: far from it. I have regular haircuts every eight weeks or so, which are sufficient by themselves to hurt my pocket!)

Financial and temporal implications aside, there is at least one other pertinent reason to abstain: tinting can be bad for you and your hair. Because of its chemical content, sustained use of mainstream dye can result in hair becoming brittle, discoloured and dry.

Hughes, who herself suffered a near-fatal anaphylactic shock within minutes of having had her hair coloured professionally at a salon, reported on two recent cases of severe anaphylaxis brought on by use of home hair colourants, one of which was fatal. The chemical thought to be responsible is p-Phenylenediamine, or PDD, an organic compound used in virtually all hair dyes.

Going grey, it would seem, makes us appear more professional, another prima facie pragmatic reason to allow nature to take its course

If it is so manifestly disadvantageous, as would appear to be the case, why do we go to such great lengths to cover our grey?

According to the friend I mentioned earlier, if you don’t conceal your grey hair, it can make you look prematurely old; the face won’t fit the follicles.

Another friend of mine, an architect in her mid-30s, has dark brown hair, and started going grey in her mid 20s. She sometimes dyes her hair, but typically leaves it natural. She cites general laziness and a lack of time and money, but also the fact that, as an architect, “it’s best to appear older professionally, as the clients seem to feel that architects need to be old and that they want to see evidence of age and therefore implied experience and wisdom to trust us with the relatively large sums of money for a construction project.”

Going grey, it would seem, makes us appear more professional, another prima facie pragmatic reason to allow nature to take its course. 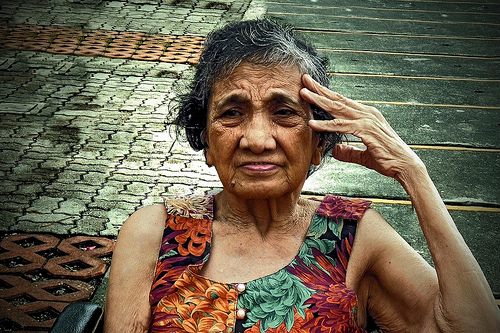 And yet, on the occasions when she does dye her hair, my architect friend says: “It’s for events like weddings or presentations when I want to look my own age or perhaps younger, especially if there are photos being taken.”

In addition, women who choose not to dye their hair are perceived, according to my friend, as “lazy old hippies”.

Another friend, a university lecturer who has just turned 30, agrees that women who opt to go grey can be seen in a less that positive light. In her view, there is a general attitude that not dying your hair is tantamount to “letting yourself go”, especially if it’s long.

All this feels depressingly familiar, yet another example of a woman being judged according to her appearance

She highlights the “nasty, hateful bile” that has recently been directed at Mary Beard, professor of classics at the University of Cambridge, as a topical example.

Journalist Samantha Brick, who recently gained notoriety by claiming that women hate her because she is attractive, accused Beard of being “too ugly for television”. Brick was agreeing with Times columnist A A Gill, who claimed that Beard’s looks are a “disaster”.

There is something paradoxical here. On the one hand, if a woman wants to be taken seriously at work, she should keep her hair grey: age denotes experience. On the other, if she wants to avoid being deemed a lazy old hippy who has let herself go, she must actively cover her grey.

Either way, a woman is under pressure to modify her appearance according to society’s demands. If she opts to dye, she risks not being taken seriously; if she elects to go grey, she risks being insulted.

All this feels depressingly familiar, yet another example of a woman being judged according to her appearance and not how clever she is or how good she is at her job.

As for me, I’d better get used to being called a lazy old hippie.