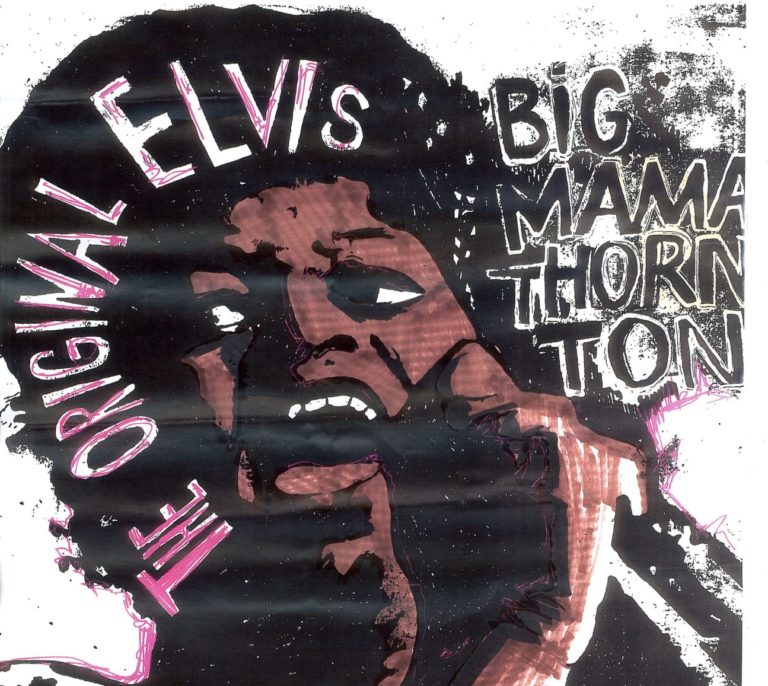 This performance of ‘Ball n’ chain’ dates from 1970 and, as Thornton acknowledges in her intro to the song, it was written by her and “made famous by me and Janis Joplin”. Joplin’s performance of the song at the Monteray Festival being, by this point, the stuff of legend.

Willie Mae Thornton was born in 1926 in Montgomery, Alabama. She began her musical career in Sammy Green’s Hot Harlem Revue in 1941, where she began to be dubbed the “New Bessie Smith”.

Elvis Presley’s considerably more refined version (which was released in 1956) eclipsed the Big Mama Thornton version, so far as success was concerned, and the Encyclopedia of Alabama regards the $500 dollars earned by Thornton for her version of the track (which reached number 1 in the R&B charts in 1953) compared to Elvis’ meteoric rise to fame on the back of his version of the song as being “perhaps the most notorious example of the inequality that often existed when a black original was covered by a white artist.”

‘Ball n’ chain’ dates from the 1968 release of the same name, which was a compilation of original works by Thornton, Sam ‘Lightnin’ Hopkins and Larry Williams. Joplin’s version of the song assisted in introducing Thornton’s work to the rock aristocracy of the 1960s, and it is known that she acknowledged the debt she owed to Thornton and to artists such as Lead Belly and Bessie Smith.

Whereas Thornton lived to see 57, dying in 1984 of a heart attack, Joplin died of a heroin overdose in the October of 1970 aged 27. Both artists have left a musical trail of influence behind them, but Thornton, like her versions of ‘Hound Dog’ and ‘Ball n’ chain’ is not as frequently acknowledged as she should be. One direct way in which she has been acknowledged however is by the Willie Mae Rock Camp for Girls.

Video commentary The video is of Big Mama Thornton performing the song ‘Ball n’ chain’ on an unnamed TV show in 1970, she is introduced by Buddy Guy and accompanied by his band.

Image of Big Mama Thornton: The original Elvis, poster, by katdandy. Used according to a flickr creative commons licence