Is The Guardian trolling us? 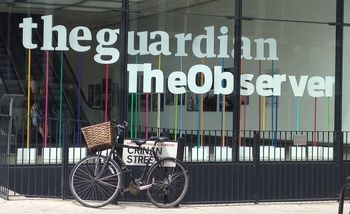 This post may contain information which is triggering, about child sexual abuse, and although we have decided to primarily use content notes, I thought that the details within this post merited extra care.

“The majority of paedophiles, however socially inappropriate, seem to be gentle and rational“, are not words I expected to read in today’s Guardian online.

Nor that J Michael Bailey of Northwestern University, Chicago “was forced to recognise that “persuasive evidence for the harmfulness of paedophilic relationships does not yet exist”“, or that Sarah Goode, a senior lecturer at the University of Winchester would say, “There are a lot of people,” she says, “who say: we outlawed homosexuality, and we were wrong. Perhaps we’re wrong about paedophilia.”

And while the article explains that views like these are not mainstream, it gives them enough of a voice to suggest that they are worth considering. It also equates violence with psychotic illness, in paragraph five, which is a needless and damaging assumption.

The actual effects of child sexual abuse on the victim include post-traumatic stress disorder, depression, anxiety, dissociation, inability to form relationships, physical and neurological damage, self-harm and self-destructive behaviours, flashbacks, panic attacks and nightmares. And that’s just a fraction of the long-term impact of this exploitation.

I think the worst aspect, however, of the publication of this article is the fact that people who are already sexually abusing children, or those who are tempted to do so, will use it to justify their assaults. They will list – perhaps only in their own minds – the academics and specialists saying that it’s normal, it’s no different to being gay, and it doesn’t do any harm. If they needed to destigmatise it for themselves in order to be able to carry out their abuse, this article takes them to a place where they can do just that. After all, they are “gentle and rational” people, right? And nothing says “gentle” like raping a child.

[The image is a photograph of a window with the words The Guardian and The Observer in white. In front of the window is a black fence with a bicycle chained to it. It was taken by Bryantbob and is used under a Creative Commons Licence]