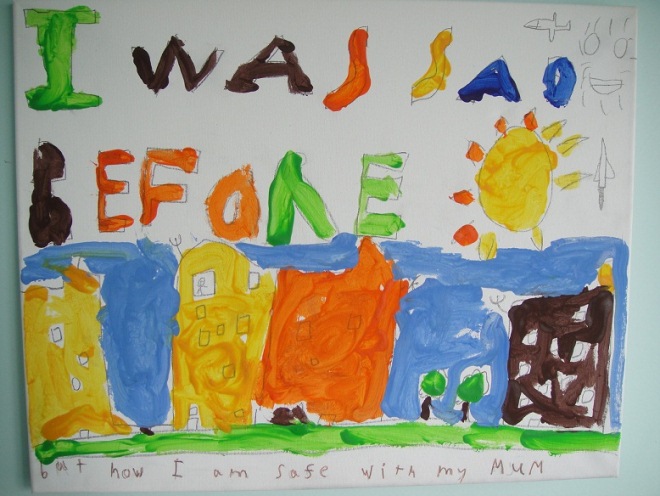 This is a guest post by Ellie Hutchinson. Ellie is the Prevention Worker at Scottish Women’s Aid. She coordinates the ‘together we can stop it’ community education campaign. The issues she works on are raising awareness of dating violence, training active bystanders and lobbying and campaigning for healthy relationships education. In her spare time she is the Coordinator of Hollaback! Edinburgh. She enjoys trashy films and thinking she knows more than she does about alternative music.

Mention women, domestic abuse, rape or gender equality on the internet and there will be trolls. Working at Scottish Women’s Aid, Scotland’s national domestic abuse charity, we deal with aggression and abuse online and offline on a regular basis. But we have found ourselves accepting it as part of the job. We don’t talk about it openly. We keep silent. We manage it behind closed doors. Sound familiar?

A big part of doing social media work as an organisation is that we have to be more open; actively welcoming challenging conversations and engaging in public online debate. The flip side of this is that our address and phone numbers are public, and that means they know where we live.

Organisations aren’t just faceless machines, we’re people too and the impact of defending a safe space for women, children and young people to share their stories, and then being berated in real life feels like all the things they want us to feel. Scared. Undermined. Silenced. Well, we’re #Silentnomore.

We get trolled a lot at Scottish Women’s Aid, in real life and online, and when we’re trolled, its purpose always seems to be to silence us, to undermine women and children’s experiences and to call us sexist man haters.

Wanting to end domestic abuse does not mean hating men; it means that we want everyone – men and women – to be safe. That’s it. There is no feminist thought police or secret agenda. The only agenda we’re pursuing is that that we want people to be happy and safe, and we work hard to do this for women, children and young people. Shocker.

I’m actually not too fussed about being called a sexist man hater by IHATBURDZ: trolling of the “sexist man hater” variety is easy to manage, and sometimes can provide a platform for us to engage with the genuinely curious. For every troll, there will be many people who think he might have a point.

But a line is crossed for us when the stories of women, children and young people who have been brave enough to share their experiences are attacked. If I was a woman seeking support, what would those comments feel like? Or if I was a young person hoping for advice what would that do? Would I pick up the phone? Would I leave?

Knowing when to engage in a conversation and knowing when to block users, disable comments, or report as spam comes down to whether or not our social media remains a safe space. Our obligation is to those people, not to the trolls.

Our online worlds are just as real as the offline ones. It’s so important that all of us who believe in ending domestic abuse work to ensure that whenever women, children or young people seek support, they are greeted not with vitriol but with empathy.

In our together we can stop it campaign, we take a community approach as we know most people aren’t ok with violence and abuse, and we hope to skill people up to actively challenge language that enables all forms of gender-based violence to flourish. But we, as workers in this field, have to speak out about sexism, about abuse, about fear; we have to keep making our stories visible. We have to keep feeding the trolls; it is our job and obligation as campaigners to keep spaces safe, but to do that we also need to facilitate conversations and to challenge those who attack us openly and loudly.

We need your help to do it. I encourage all of you who believe that no-one should be hurt, scared or frightened to come along to our Facebook, Youtube or Twitter pages and join our radical agenda of safety and compassion: let’s feed the trolls.

Scottish Women’s Aid is the lead organisation in Scotland working towards the prevention of domestic abuse. It plays a vital role campaigning and lobbying for effective responses to domestic abuse. Its members are local Women’s Aid groups which provide specialist services to women, children and young people. These include safe refuge accommodation, information and support.

The image is a child’s painting of houses against a blue sky with green grass in front of them. The words “I was sad before” appear in the sky next to a sun, followed by the words “but now I am safe with my Mum” at the bottom of the painting. There is also a smiley face and aeroplanes in the sky, and a figure in one of the house windows.