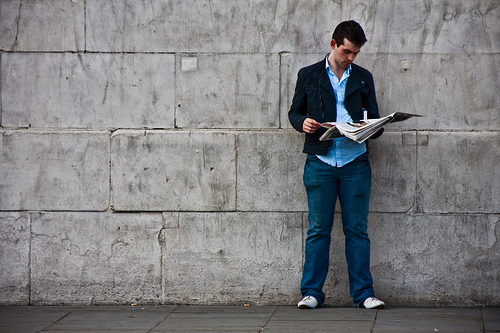 Lucy Anne-Holmes, heroine of the No More Page 3 campaign

As I pick up the phone to call Lucy-Anne Holmes, founder of the No More Page 3 campaign to “drop the bare boobs from The Sun“, I’m half expecting a no-nonsense, hard-line activist to pick up. So when Lucy answers in a soft, hushed voice, I am surprised until she explains she is babysitting for a friend’s children who are asleep in the next room.

Political campaigning was never a career aspiration for Lucy; although, judging from the success of No More Page 3, she is better at it than she could have ever imagined. The petition has amassed 61,874 signatures since August and attracted considerable media attention – quite an achievement for a 35-year-old actress and writer from Brighton who has never been involved in a campaign before.

It all began when Lucy bought a copy of The Sun during the London Olympics and, after reading about Jessica Ennis’ victories, turned to Page 3 to be confronted with a massive image of a topless young woman. The juxtaposition of a female athlete celebrating her medals with a Page 3 girl presenting her naked breasts was the turning point for Lucy. This was the moment her obsession with Page 3 began and she decided to follow in the footsteps of Clare Short by attempting to petition Dominic Mohan, editor of The Sun, to drop the boobs.

What will kids think when they see lots of pictures of men doing stuff and then this huge picture of a woman standing there in her knickers, showing her breasts

Lucy’s break as a writer came when she started a blog detailing her disastrous love life; the blog landed her a book deal and she went on to write four novels. Lucy’s novels – romantic comedies – spawned the No More Page 3 campaign, which is in many ways a personal crusade. She says: “I started writing quite openly about my messed up life. I was curious as to why I was lumping so much hate upon myself. I used to say ‘I hate my bum and I hate my boobs’. If I ever did anything wrong I used to say ‘God, I’m a twat’,” Lucy laughs before continuing, “I thought: ‘why am I doing this, why am I concentrating on this hate?'” Lucy uncovered the answer to these questions in her childhood. She grew up in a ‘Sun’ house and remembers her older brother and his friends ogling the bare breasted Page 3 girls at the same time as she, an 11-year-old girl, was developing. When her breasts made their arrival she couldn’t help but feel her body had failed her. She didn’t look like the girls on Page 3 – what man would want to look at her?

As I speak to Lucy, it is hard to imagine her as the self-deprecating, insecure woman she describes. She seems confident and not afraid to tell others what is important to her. Throughout our conversation, the passion she feels for the campaign seems to take over and she pauses momentarily to check she’s making sense and isn’t “wittering on” too much. It is clear the campaign is personally significant to Lucy, but she also feels concerned about the difficulties young women face growing up in a society where it is acceptable to publish naked breasts in a ‘family-orientated’ daily newspaper; “in a newspaper of all the places!” she says, still shocked at the notion. She continues, “What will kids think when they look through a family newspaper and see lots of pictures of men doing stuff – running the country – and then this huge picture of a woman standing there in her knickers, showing her breasts.”

The campaign is less about the topless women themselves than the effects of Page 3: low self-esteem among young girls, eating disorders, the desire for plastic surgery and, most alarmingly, that young women appear to be accepting much higher levels of violence within relationships. For Lucy the campaign is about encouraging respect for women and inspiring girls to be more than just a “walking pair of tits”.

With support comes criticism and Lucy has had her fair share. She is commonly told: “you’ve got shit tits” and “get a life”

Lucy doesn’t have children but is extremely close to her family and friends; she speaks with admiration of her 20-year-old niece who helped her to start the campaign and describes with glee the moment a friend’s three-year-old daughter stood on a chair to announce “I’m a feminist!” Lucy has also found strangers to be just as supportive as those close to her. The encouragement she has received is outstanding and she is both grateful and surprised by it, whether it is going out to spread the word and collect signatures or creating poems and songs, “There have been moments where I feel a bit tired and someone is attacking me, and then I read or hear something amazing and it’s incredible.” These messages of support obviously mean a lot to Lucy and when she recounts them to me the emotion is clear in her voice: “I had this email from this man saying: ‘I’m sitting here with my seven month old daughter thinking about what an important job you’re doing’ and that made me well up… I’m getting a bit teary here.” 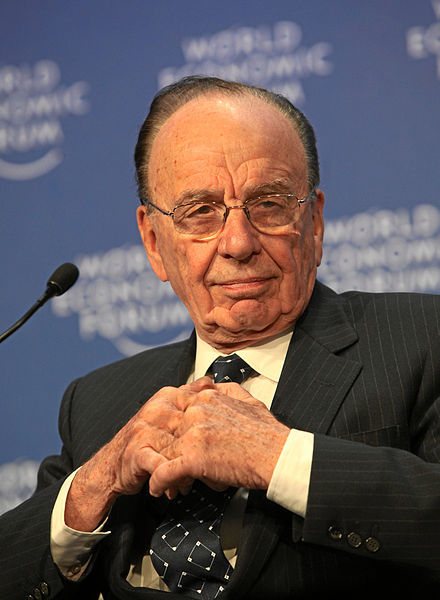 With support comes criticism and Lucy has had her fair share. She is commonly told “you’ve got shit tits” and “get a life”, which she says is weird not only because it sounds so juvenile, but because she actually really enjoys her life. It’s probably this positivity that ensures Lucy doesn’t let the insults worry or distract her; in fact she seems to have overcome the insecurities she felt as a teenager measuring her breasts against those she saw on Page 3. “When I look in the mirror it’s just me,” she says, “my body and face have taken me through life – I’m friends with them. So I find the criticism interesting but it doesn’t really upset me.”

No More Page 3 has already attracted media attention from The Guardian, The Independent and The New York Times but Lucy recognises she still has a long way to go: “It’s just a ripple and it needs to get bigger and bigger.” I ask her how she envisions the campaign ending. Using her acting skills, she puts on her best Murdoch voice to say: “Murdoch could just pick up the phone and go: ‘Come on, we are better than this…we’ve got a paper with enough going for it that we can lose the boobs and not affect sales…why don’t we start showing that we respect women?'” Lucy has come so far in so short a time and is not going to give up easily on something that has become so important to her. She wants to shift the way society looks at women – to put an end to Dominic Mohan’s Page 3 (which he described at the Leveson enquiry as a “celebration” of “youth”, “freshness” and “natural beauty”) and make the world a more respectful place for women.

No More Page 3 has not escaped criticism from commentators, some of whom see it as a white middle-class smear campaign against readers of The Sun, but the interesting thing about Lucy is that she is not a fierce political campaigner. Like Lucy’s demeanour the campaign is sensitive. It’s not about aggression or jealousy. It’s about being able to live in a world where sexual objectification of women is not the norm and newspapers value women for their minds and the things they say and do, rather than how they look.

First image of a man standing in front of a wall and reading a newspaper uploaded by Flickr user Garry Knight. Photograph of Rupert Murdoch at the World Economic Forum 2009 obtained from Wikimedia Commons.

Sarah is a postgraduate journalism student living in South London. You can find her tweeting at @_SarahEd.