This minimally sane lunatic fights back 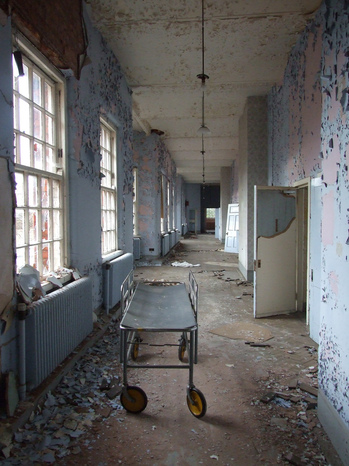 It is painful when somebody you respect says something hurtful, or when something you otherwise fundamentally agree with becomes offensive. Reading Laurie Penny’s article today about the violent hatred directed towards women online, I was appalled at what she, Mary Beard, and others, have had directed at them. And then came the sentences that felt like a punch in the stomach:

It’d be nice to think that the rot of rank misogyny was confined to fringe sites populated by lunatics. Unfortunately, not only are men like White clearly at least minimally sane enough to hold down desk-jobs, their school of misogyny has become an everyday feature of political conversation online, particularly in the UK.

Why on earth, in an otherwise brilliant piece of insightful writing on misogynist hate, did it seem appropriate, or even fair to implicate those of us with mental health problems? What association does Laurie make between people like me (user of mental health services, taker of psychiatric pills) and people like them (vicious online haters with violent, misogynist fantasies)?

This is not a random association. This occurs again and again, all over discourse both left and right. Melissa McEwan wrote last week,

But the more distance I get from relying on disablist language–and the more I am forced to say what I really mean, that Mitt Romney (for example) is not crazy, but indecent and cruel and privileged–the more I realize how progressive pundits’ reliance on disablist language is not merely hurtful or alienating, but counterproductive.

I am, arguably, a minimally sane lunatic. I fight with all my might against misogyny and women-hating, yet within two sentences of Penny’s article, I am the same as the haters. And when it is so, so easy to suggest that I am like them, simply because thinking of an alternative framework for insults would be too difficult then I feel shame, I feel embarrassed, I feel hurt and I feel deeply stigmatised.

Misogyny and male violence are significant causes of women’s mental health problems. Those of us affected in this way should never, ever be lumped in with those who caused it, by virtue of a diagnosis and a lazy metaphor.

[The image is a photograph of the abandoned, derelict Deva asylum in north Wales. It shows a long corridor with peeling paint and an old patient trolley. It was taken by Nick Cummins and is used under a Creative Commons Licence]