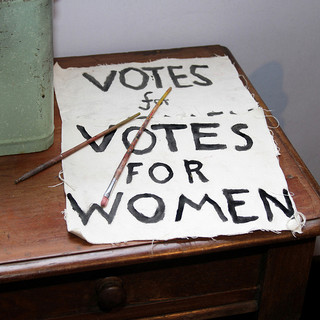 Yesterday ConservativeHome launched a week-long series on ‘the Conservatives and women’, just ahead of today’s second reading on the Welfare Benefits Up-rating Bill which has now capped annual benefits increases at 1% for the next three years. Referencing the Coalition relaunch Nick Clegg and David Cameron pitched on Monday, Paul Goodman introduces the series by writing ‘this is not a bad day in which to launch a week-long ConservativeHome series on the Conservatives and women’, arguing that ‘…Cameron is having a big female-friendly push – as he sees it – this week on childcare, pensions, the NHS and long-term care.’

Yet according to new analysis published (pdf) by the Women’s Budget Group, the 1% cap equates to a cut in the real value of working age benefits, leaving poor women both worse off and the worst off. Commenting on the findings Diane Elson, Chair of the WBG, said,

This cut in the real value of working age benefits hits the poorest mothers hardest and they will struggle to feed their families as food prices and energy prices continue to rise. We can expect to see more and more of them having to rely on food banks.

The series, focused on increasing the number of women voting for the Conservatives, promises a post from Minister for Women Maria Miller MP, who controversially called for a reduction in the abortion time limit just a few months ago.

On the other hand, the intro post begins with a ‘vote Conservative’ graphic citing some of the advances made by women via the Conservative Party that makes for interesting reading, including the fact that ‘Mrs. Pankhurst’ was a Conservative.