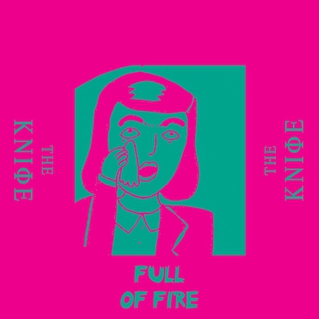 Full of Fire: new video from Swedish duo The Knife

It’s been six years since siblings Karin Dreijer Andersson and Olof Dreijer last released a music video and, with their track record for them, that’s a long wait.

Their latest was directed by feminist filmmaker Marit Östberg (who you might recall from Sophie Mayer’s F-Word piece about Mia Emberg’s Dirty Diaries programme of short films) and accompanies the single ‘Full of Fire‘. This song is taken from their forthcoming album Shaking the Habitual and, like quite a few other songs in their discography (such as ‘One Hit‘), it addresses themes of gender and politics. Something particularly striking about the film accompanying it is that two of the most prominent characters appear to be sixty plus, with one addressing questions of identity and desire and the other engaged in struggles attached to status as a worker. That this seems unusual and worthy of comment in itself is surely a sad indictment of the ageist society we live in and the subsequent invisibility of older people in so much of the culture we consume. [EDIT: The issues attached to that character’s status as a worker are obviously more complex and potentially raise wider questions about economics and class.]

“Marit Östberg is a filmmaker and visual artist, based in Stockholm and Berlin. Her works are often focused on images of queer bodies and sexualities. She sees her work in a wider context of feminist fights and histories and her visual world has been described as uncompromising. Uncompromisingly current. Uncompromisingly sexy. Uncompromisingly political.

‘The film ‘Full of Fire’ started to grow as an embryo in the song´s lines ‘Who looks after my story’. Who takes care of our stories when the big history, written by straight rich white men, erase the complexity of human´s lives, desires and conditions? The film ‘Full of Fire’ consists of a network of fates, fears, cravings, longings, losses, and promises. Fates that at first sight seem isolated from each other, but if we pay attention, we can see that everything essentially moves into each other. Our lives are intertwined and our eyes on each other, our sounds and smells, mean something. Our actions create reality, we create each other. We are never faceless, not even in the most grey anonymous streets of the city. We will never stop being responsible, being extensions, of one another. We will never stop longing for each other, and for something else.'”

Musically, ‘Full of Fire’ continues in the IDM, coldwave, post-punk vein The Knife are well-known for (described as “haunted house” in Pitchfork, thanks to Dreijer Anderson’s “malevolent, ever-mutating vocal incantations“). Aural Report sums up the track as a “techno monster full of industrial strength beats and pulsating synths that wouldn’t be out of place on an old Nitzer Ebb album”.

You can find behind-the-scenes pictures from the video shoot at elliot foxprince’s Flickr photostream.

Image description: Sleeve for The Knife’s ‘Full of Fire’. This is neon pink with “THE KNIΦE” written down each side in bright mint green (with a phi symbol sitting in place of the ‘f’). A drawn picture in the same two colours sits in the middle. This depicts a bob-haired person, with large eyebrows lightly joined in the middle, holding a tissue and crying. The single’s title is written underneath it in bright mint green.

Video description: A grey haired person stands, face to fabric, in front of an outfit on a hanger, caressing the material and appearing to smell it, before taking it down and removing a silver bathrobe to put it on. The outfit is stereotypically male-coded: a white shirt with braces and black trousers, alongside a flat black cap. The person has short slicked back hair and is wearing subtle eyeliner, rouge and red lipstick. The shot flashes to one of this initial character caressing the back of someone in female-coded attire: a black dress, pearls and long wavy pinned up hair, then switches back to the first person in front of a mirror…

Click here to read the rest of the description: The knife – Full of Fire video details.docx

If you can offer a transcription of the cast list and credits for this film or know where one can be found, please comment below.