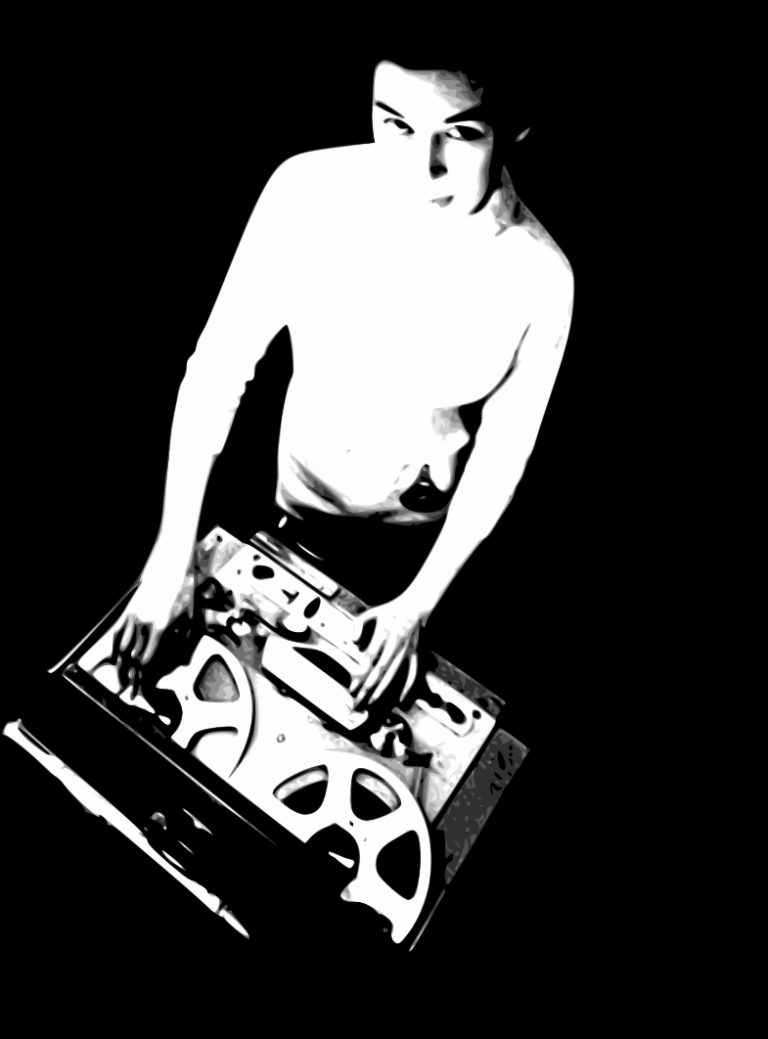 New review: Delia gets her day Back in October, The F-Word ran a piece by Michelle Drury about the women of the BBC Radiophonic Workshop. One of the women Michelle wrote about was Delia Derbyshire, who worked at the Workshop in the 1960s, and who is most famous for composing the original Doctor Who theme tune.

After Michelle’s piece went live on the site, I was contacted by Caro C, one of the organisers of Delia Derbyshire Day, which took place in Manchester in January. Caro and her fellow Delia Darlings arranged for Ruth Rosselson to attend the event at her beloved Band on the wall and Ruth has written about her experience below:

I didn’t have a clue what to expect from the Delia Derbyshire Day held at Manchester’s legendary Band on the Wall on 12 January. Although I knew a little about Delia, I mainly just knew that she was considered ahead of her time, had put together the original Doctor Who theme tune and was a celebrated member of the British Broadcasting Corporation’s Radiophonic Workshop. So I’d gone to the day eager to learn more about her and why her work had inspired so many electronic musicians over the past thirty years.

It was heartening to arrive to a packed out venue for the afternoon symposium. It seemed to be a pretty even mix of Delia devotees and people like myself, who loved electronic music and were curious to find out more about her. The symposium kicked off with The Delian Mode, a short documentary film about Delia, by Canadian Kara Blake, who was also in attendance at the screening. The film makes extensive use of the available media of Delia herself, including audio interviews, film/television footage and photographs to chart her musical development and ways of working. “It was important for me to have as much of her voice in it as possible”, Kara explained after the film. The film emphasises Delia’s methods as ground breaking and it’s clear to me how ahead of her time she was, and how much of the music she created over forty years ago still sounds contemporary now.

The film also features interviews with a range of other artists and musicians including colleagues at the BBC Radiophonic Workshop and musicians influenced by her work. Kara describes the film as a “collage of sound and image created in the spirit of Derbyshire’s unique approach to audio creation and manipulation”. I found it to be very poetic and absorbing, embodying the essence of Delia in its production values and visuals, which were suitably matched to the snippets of Delia’s own work. During the question and answer session after the film, Kara explained that the film’s aesthetics were inspired by Delia’s approach to music, leading her to use multiple images on the screen at one time, layering and processing her film.

The interview snippets were fascinating, and overall it was an excellent introduction to this musical pioneer. Hearing the original Doctor Who theme sent chills down my spine, transporting me back to my childhood, when watching Doctor Who was a ritual in my house, the sofa becoming a barrier which I used to hide behind on a weekly basis. I was shocked to find out that the ethos of the BBC Radiophonic workshop meant that Delia got no individual credit (or money) for the theme at the time. Delia’s background was with maths as well as music and this combination led her to approach her creativity in a methodological and mathematical way.

Since working on Delia Derbyshire Day, Caro C has also appeared on CBBC’s Absolute Genius with Dick and Dom in an episode saluting Delia and her work with the Radiophonic Workshop. You can watch and download that episode here.

UPDATE: The Delia Darlings are doing a smaller Delia Derbyshire inspired programme for Manchester Art Gallery’s Radical Women programming for March. You can read about the Delia event here.

Image of Delia Derbyshire by Rain Rabbit, used in accordance with a flickr creative commons licence