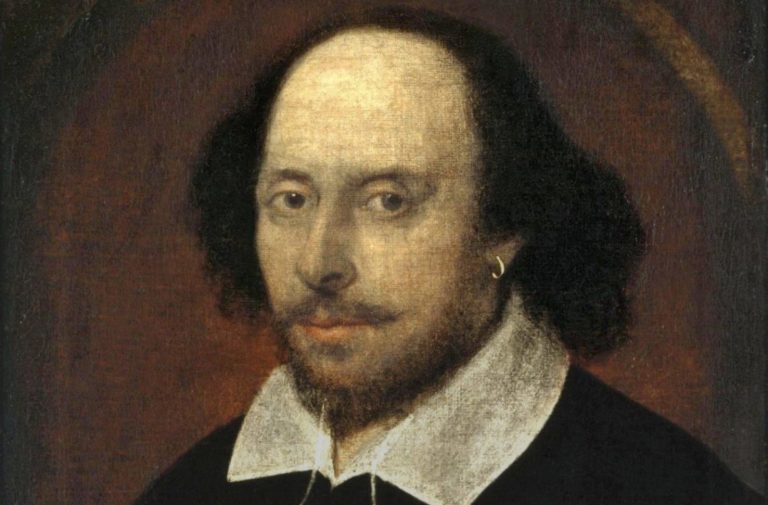 The Taming of the Shrew: a feminist portrayal of domestic abuse?

Saranga reviews Propeller’s new production of The Taming of the Shrew. Saranga is a 32 year old bisexual feminist reading many many comics. She runs New readers…start here! reviewing comics for people new to comics and also Pai where she talks about comics, feminism, BSL, comics, feminism and yet more comics. Her favourite hero is Supergirl. Also on twitter as @sarangacomics.

I will start by saying I am not a theatre critic. I don’t go that often and my choice of performances is dictated by whether there is a BSL interpreter there (I’m not Deaf but I am learning BSL and I have to justify the cost of tickets somehow). The only Shakespeare play I really care for (and know) is A Midsummer Night’s Dream, which is interesting to me mostly because of the fairy tale aspects.

Before going, I didn’t know much about the play, other than it featured a wilful woman who no one liked and a man who persuaded her to be pleasant. I was intrigued by it and a little sceptical. After all, it sounds like a feminist nightmare, doesn’t it? I thought that the man would be portrayed as the hero and the woman as the villain. I thought it would be a cautionary tale to all women. Repent, play nicely or you’ll never be content!

How wrong I was.

The play was a bizarre mix of comedy and tragedy. There were two main plot lines:

– Lucentio wants to wed Bianca and pretends to be someone else in order to get close to her. This is the comedy bit, all played for laughs.

– Petrucio decides to wed Katherine (the shrew of the title) and tame her. This is the tragedy bit. Petrucio forces Katherine into marriage – she doesn’t get any say, but her father willingly weds her off. Petrucio treats her like a challenge, a thing to achieve. She is never attracted to him. Once married, he plays mind games with her – saying the sun is the moon and correcting and beating her when she states it is the sun. When she capitulates and calls it the moon he calls her daft and states no, it is the sun, how can she not know the difference between the two?

They are travelling and meet some people on the road. Petrucio declares the man a woman and Katherine agrees, even stating to the others that the man is a woman. Petrucio then calls her daft again and says how can she not recognise him as a man.

It’s classic abusive behaviour, destroying her confidence, making her reliant on him, causing her to fear him and doubt herself. It was quite upsetting to watch.

As the play progresses their moral degradation is reflected in their clothes, which get filthier and filthier. The violence starts on their wedding night (not rape, but throwing Katherine around and smacking her) and continues. Petrucio is an utter utter bastard. He planned how to break her from the start, you could see it in his eyes, in his body language. He tests her and tests her and tests her, then he moves in and starts to destroy her.

One of the worst parts though was at the end when Petrucio and Katherine rejoin the rest of the characters. They have known Katherine for years, and have always known her as mouthy, confident and bending to no person’s will. The three husbands (Petrucio, Lucentio and another fella) have a competition to see whose wife is most obedient, and of course Katherine is. They cannot believe it. They congratulate Petrucio. They haven’t seen the horrors he has put her through, they are blind to the physical evidence of his filth, they just see a polite, agreeable woman, who is helping her husband. I guess they thought he persuaded her to be nicer with kind words and good food. I have no idea.

We do see the horror, and it is made even worse when in stark contrast to Lucentio and Bianca’s lusty, happy marriage. To me, this was quite clearly a feminist play. Petrucio is a monster and Katherine is the victim.

I wonder how other productions deal with this. I am sure people have told me this is an unfeminist play, portraying women as nasty little harpies that deserve to be taught a lesson. From the words I heard on stage it seemed like it was actually a study in abusive behaviour but I think that different directors and costumers and actors could develop it in an entirely different manner. Perhaps with more humour and more friendliness. I’m not sure how – I’m not a theatre buff, but I’d love to hear other people’s experiences of it.

The image shows a painting of Shakespeare, shared by Book 18 under a Creative Commons licence.