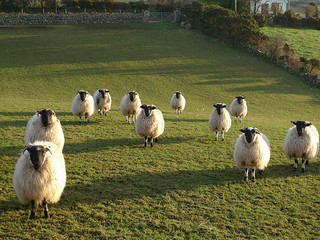 Please do use the comments to share more links or let us know what’s been on your mind this past week.

As with every week, please use your discretion when clicking on links – inclusion in the round up doesn’t imply agreement or disagreement with the content, and some content may be triggering.

Image of sheep in a field by amcunningham72, shared under a Creative Commons liscense