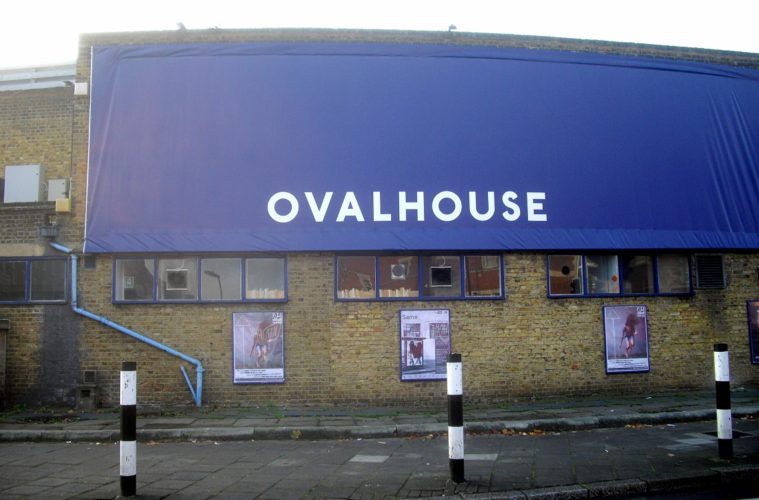 When you emerge from the depths of the London Underground and into Kennington, you’re immediately confronted by imposing structures: the Grecian pillars and cross-mounted tower of St Mark’s Church, the iron railings of Kennington Park and, as you turn the corner, the impenetrable walls of the Oval Cricket Ground. Tucked in its shadow is a less austere piece of architecture with playful blue-framed windows. As of this year, it’s been a home to fringe theatre for half a century.

So what has been happening at Ovalhouse for the past 50 years? Later, performers Rachel Mars and Nat Tarrab, whose current production celebrates a part of that history, give their own account. But first I met the director of Ovalhouse for 20 years (awarded an MBE in the New Year’s Honours List), Deborah Bestwick.

She explained: “We like things that are counter-cultural in some specific sort of way…[work] that really gets to the heart of something that may not be being said at the moment.” Often that comes from local communities, especially in their participatory programmes with young people. “We’ve got young people working on a Truth About Youth campaign, where they talk about their aspirations in the context of how they see themselves so negatively reported in the press.”

To illustrate these ideas, Deborah goes into more detail about one of her highlights of the last year, a production of Romeo and Juliet:

This moment Deborah describes reflects Ovalhouse’s long legacy of granting space to voices that challenge mainstream media, society and culture, often promoting equality in the process. It witnessed a boom of feminist and women’s theatre in the 1980s, for example, as well as the first gay and lesbian theatre in the 1970s and promotion of Black and Asian writing in the 1990s. It is this heritage that the current CounterCulture 50 season seeks to commemorate. Running throughout February, it will showcase a new performance for each decade of the theatre’s 50 year history.

Are the arts as challenging as they once were? Has the optimism with which people set out to create revolutionary, society-changing theatre in the 1960s been lost? 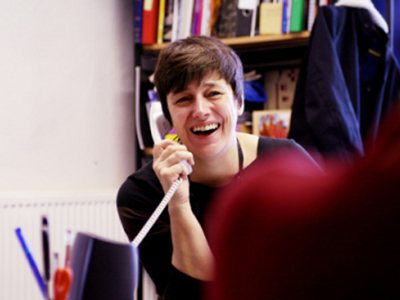 Taking on the 1980s is Mars.Tarrab, a performing partnership comprised of Rachel Mars and Nat Tarrab. Their contribution, The Lady’s Not For Walking Like an Egyptian, is due to open in just over a week when I interrupt their rehearsals for a chat. The pair have worked at Ovalhouse before; their previous show, Tomboy Blues, was staged here after a sold out set at the Edinburgh Festival. They tell me what makes Ovalhouse so unique: “The trust that comes with having done a show here [is] extraordinary…That’s absolutely the good thing about it, that enabling that they do… to just find, play, explore.”

And their current project? “Basically our exploration is about female voice and power. If we look back, for instance, where was female power, who had strong female voices? And obviously it’s Margaret Thatcher. But actually did she have a powerful female voice?” They make reference to a television clip, where the public refer to her as “the best man in parliament”. “She was powerfully degendered,” Nat explains. “We were having a really interesting discussion about”- she lowers her voice slightly – “vaginas – NO, sorry, I love my vagina, I hate that word!” Rachel continues: “We were asking, is it easier now to allow women of power to have vaginas? Because it seems easier to imagine Theresa May’s vagina than to imagine Margaret Thatcher’s vagina – not that you would want to do either of those things.”

As with any historical reflection, it seems you can’t remain long in the past before the present presses for attention. These 50th anniversary celebrations are no exception. After all, they’ve arrived amid funding cuts to the arts, reports of persisting inequalities in mainstream theatre and a general air of austerity gloom and regression. Are the arts as challenging as they once were? Has the optimism with which people set out to create revolutionary, society-changing theatre in the 1960s been lost?

“There’s a huge undercurrent of cynicism,” Deborah concedes when I pose this question. The funding cuts are certainly a threat. Although The Arts Council invested more money in Ovalhouse during the last stage of cuts [in 2011], 2013 looks less hopeful. “We’re all going to get cut this year, that’s the DCMS [Department for Culture, Media and Sport] making those decisions. I’m really frustrated about that, I think it’s incredibly short-sighted of them.”

Deborah explains that the loss of funding from local councils is also “a massive threat”, as it often pays for their local participation and young people’s work. Yet she reflects philosophically: “I’m not sure that human beings are anything other than intrinsically optimistic.” She highlights the response of young theatre-makers to austerity. There are “students taking to the streets at the cuts to grants, people looking for different ways to make things happen, the crowd-funding phenomenon. In local communities I still see people coming together to do really creative things.”

Nat’s response affirms Deborah’s conviction with a further interesting suggestion: the challenge might seem weaker because it’s no longer concentrated around one movement but it is still there:

Lesbian and gay politics has become queer politics. That opening – the massive groundwork that was done by companies like Sweatshop – really, we are on the shoulders of giants. The place where queer politics has got to, it’s actually okay to be everything, where as back then it wasn’t. And now I feel, maybe, there is a similar space within theatre. That actually there’s a space and need for everything to be said and found and questioned and that – which could be called freedom – has come from all of those struggles and confrontations.

The belief of the women I talk to at Ovalhouse in the power and importance of theatre is certainly sacrosanct. “Young people want to have an articulate voice. They have very strong views, and they really need, they really need to be heard,” Deborah insists. “At our peril do we not listen to, or not even realise, that they have a voice.” Theatre is one way that they can “put something in the public arena to be discussed, talked about, listened to,” she explains. It’s true of any art form and any type of artist.

Nat and Rachel have certainly felt the effect of their work on their audiences: “If you see your experience on stage, your life experience is validated. You can breathe.” Talking about Tomboy Blues, Nat claims: “If I had been a young tomboy and had seen theatre with myself on that stage, my whole life would have been absolutely changed.” Even for mature audiences it was an examination of identity that triggered a liberating response. “Lots of people have said they just felt freed by it,” says Nat.

In small venues like Ovalhouse, diverse and equality-minded discourses are certainly finding expression. Yet it begs the final, substantial question: are the mainstream theatres keeping up? The canon of institutions like the National Theatre has certainly evolved in recent decades but there’s still a barrier to be broken. Shouldn’t alternative voices also be assimilated into the mainstream, where they would impact on a much wider audience? “It’s a question that fringe theatre makers ask themselves all the time,” Rachel agrees. “Are we just talking to ourselves? Are we just talking to the converted?”

When you enter places like the National, the context of your performance inevitably changes 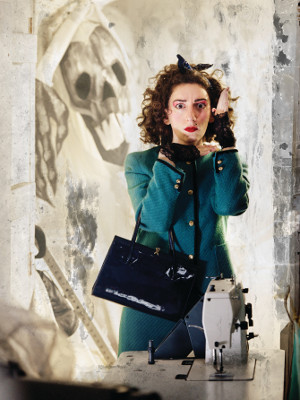 “You hope that you’ll enter the establishment and change it a bit from the inside, but how possible that is I don’t know,” Nat says. “It’s the sort of thing that gets diluted by money. If you are employed to do something and you don’t deliver it, you won’t get paid.” “And people want entertainment,” Rachel clarifies. If you look at the kind of theatre booming in the 1980s, at Ovalhouse it was “immediate and reactive, and then we’ve got fucking Cats.”

Yet even productions that have an experimental heritage seem to suffer in the transition. “When Complicite started I was blown away by them and I find myself less blown away by them as they’ve become more and more mainstream,” Nat comments. “What happens when you have more money and compulsion to use it?” Rachel adds. “You end up with fucking insane, technological production and what’s at the heart of it? That’s what you risk.” When you enter places like the National, the context of your performance inevitably changes.

In any case, there’s something about the “untechnicalness” of small theatre venues that is powerful. “You just want a room of your own and if you don’t have the space you do it on the street. You just require a voice and a bunch of people to make your statement,” at which point you get a “genuine indication from audiences, which means its super-effective for activism.”

Nat’s personal experience brings us all to a positive conclusion:

When I first started finding theatre like this, when I first started coming to Ovalhouse, the discovery of it felt amazing. And I had fortunately been taken by my parents to the theatre, to the west-end, to the nationals, I had experienced it, but this was my own discovery, and that felt incredibly empowering. You have to unearth it for yourself.

“The people who need to find it, find it,” we all conclude. I hope many more people continue to do so in the next 50 years.

The first photo is of Ovalhouse and is by Paul Farmer. The second photo is of Deborah Bestwick. The third photo is a promotional image by Mars.Tarrab.

Charlotte graduated with a degree in history from the University of York last summer. She has since been attempting to leave the past and grapple with the present, particularly its culture and feminist affairs, in a bid to become some sort of journalist. With opportunities to talk to fascinating people like Mars.Tarrab and Deborah Bestwick, it’s a path she certainly can’t regret