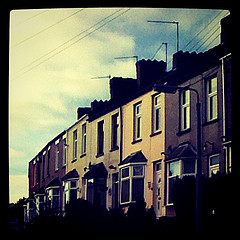 The bedroom tax (technically the “under-occupancy rule”) comes into force in April. It reduces the amount of rent you can claim housing benefit for if you have one or more “spare” rooms and are a council or housing association tenant. The benefit will be cut by 14% if you are deemed to have one extra room, and 25% if you have two. Under the new rules, you will only be able to claim benefit for:

Under the initial proposals, a room used for foster children or kept free for a member of the armed forces serving abroad was classed as a spare room, but Iain Duncan Smith has backed down on this area following extensive backlash.

However, the policy is still grossly unfair. Separated parents who are not the designated main carer of their child will be penalised if they want to keep a bedroom so their children can stay over. Couples who are unable to share a bedroom because one or both are disabled or ill will have to pay extra if they want to get a good night’s sleep. Foster parents will only be able to keep one “spare” room for foster children, so those who foster more will be affected. And parents of disabled children who cannot share a room with their sibling will still be hit, despite Iain Duncan Smith’s concession earlier this week, as the New Statesman explains:

In his written statement, Duncan Smith emphasised that Discretionary Housing Payments would remain available for “other priority groups” including those “whose homes have had significant disability adaptations and those with longterm medical conditions that create difficulties in sharing a bedroom.”

But research published by the National Housing Federation shows how inadequate this support is. Were the £30m discretionary fund to be distributed equally among every claimant of Disability Living Allowance affected (229,803 in total), they would each receive just £2.51 per week, compared to the average weekly loss in housing benefit of £14.

Around a third of social housing tenants have a “spare” room, and will now have to pay an average of £700 more per year or move out of their homes. Yet there are insufficient numbers of social houses with the “correct” number of bedrooms due to the failure of successive governments to invest in housing, and downsizing isn’t possible anyway for some disabled people, particularly those who use wheelchairs.

As Left Food Forward highlights, this policy may very well lead to homelessness and overcrowding, and will undoubtedly put even greater financial strain on people who are already struggling. And as Polly Toynbee points out, it is likely to end up costing the state more in the long run anyway, rather than saving money.

The bedroom tax is yet another example of the government’s agenda to protect and enhance the wealth and privilege of those at the top of society by attacking and demonising those at the bottom. The cuts are not necessary. There is sufficient money out there to ensure that everyone’s basic needs can be met, yet Cameron and his friends would rather dismantle the welfare state and blame individuals than tackle the structural inequalities that lead to poverty and force the rich to pay their fair share. It is absolutely obscene that a government of millionaires with multiple properties and god knows how many “spare” rooms between them plan to claw back essential living space from disabled people and children, or make them pay the price.

There are over 50 protests against the bedroom tax taking place across the country tomorrow. Find your nearest one here and go make some noise!

Photo of a row of terraced houses by Liz Plummer, shared under a Creative Commons licence.