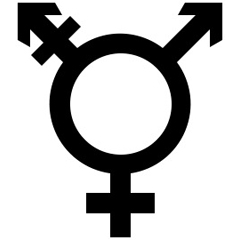 Her Name was Lucy Meadows: the consequences of transphobic press monstering

This is a guest post by trans feminist Sarah Noble, who tweets here.

This week isn’t really a good week to be transgender. Then again, it never is.

On Tuesday we learnt that the Press Complaints Commission, despite receiving 800 complaints against Julie Burchill’s horrific transphobic rant back in January, would not be taking any action against either the Observer or the Daily Telegraph, ostensibly because it was hate directed against a group of people and not an individual person. As if that makes it any more excusable.

Well, if you want hate against a person, consider Lucy Meadows. She was a trans woman who did nothing wrong. She was a well-respected teacher at the primary school in which she worked. But she raised the ire of the Daily Mail, including their infamous columnist Richard Littlejohn, who laid into her for not thinking of the children. She received a lot of abuse after the Daily Mail article, and was sadly found dead on Tuesday.

“But has anyone stopped for a moment to think of the devastating effect all this is having on those who really matter?”, Littlejohn asked. Yes, I did. Because Lucy matters. For some trans people, not transitioning has a devastating effect on their health. Gender dysphoria hurts, to put it mildly.

We’ve heard the question “but what about the children?” so many times, especially on LGBT issues. If you’ve paid any attention to the Marriage Bill debates, you’ll see a lot of people concerned about the effect this will have on children, and teachers who approach this subject in their classrooms. Apparently, it’s corrupting children to raise these issues with them.

I’m reminded of a Russell Howard skit on Mock the Week about gay relationships, in which he says that “When you’re three, you’re into custard and jumping”. And he’s right. Kids don’t care if Auntie Mary is getting married to her partner Beth. Or if Auntie Sally is transitioning to be Uncle Bill. Children take this very well, precisely because they haven’t internalised all the homophobia, all the transphobia that gets drilled into people as they grow up. All the gay jokes, all the bearded trans women in their “edgy” comedies.

The press is definitely complicit in perpetuating transphobia, from the plate-glass towers of Fleet Street to little student paper offices. From the rabid frothing mouths of the Daily Mail to the (tax-paying) coffee shops of the Guardian. As trans women, we’re told by the newspapers that our right to use the toilet should be curtailed because we might use our penises (which may not even exist any more) to rape cis women (an assertion that I’ve never seen backed up with evidence*). We’re told that what is necessary healthcare is “cosmetic”, that we’re wasting taxpayers’ money. We’re told we’re nothing better than “bed-wetters in bad wigs” and that we should shut up and we’re just deformed men.

This hasn’t escaped the notice of Trans Media Watch, a charity set up to monitor transphobia in the media. And their Twitter account makes for sobering reading. Barely a day goes by without them tweeting about hate crimes that have happened to trans people. And barely a week goes by when they don’t showcase the worst of the media. And yes, they submitted to the Leveson Inquiry. And Leveson agreed that it was just not on, saying “It is clear that there is a marked tendency in a section of the press to fail to treat members of the transgender and intersex communities with sufficient dignity and respect”.

Yet the game needs to be raised higher still, if the Burchill story escapes censure, if Littlejohn is allowed to bully others without rebuke. Both of these stories came out after the Leveson report. And even in death, they continue to attack and misgender her.

Worse, while they were being roundly criticised on Twitter, the Daily Mail quietly slipped out an article that, near the end, asserts that Brandon Teena – the trans hate murder victim who was immortalised in the film Boys Don’t Cry – was only “pretending to be a boy”. It just shows how much of a busted flush the current self-regulatory system is.

If there’s any silver lining on the horizon, it’s that trans people and their allies are beginning to rise up. They’re seeing the institutional abuse from the medical system, the press, the right-wing forces, that ends up hurting and even killing us, and saying “no more”. But it’s still too late for some. One trans person who dies as a result of what this culture does to us is one too many.

Rest in peace, Lucy. You will be missed.

*24/03/13 – This phrase was amended from “which, by the way, has not been recorded to have ever happened” at the author’s request, after she was made aware that the original phrase potentially erases the experiences of people who have been attacked in toilets, which was not her intention.