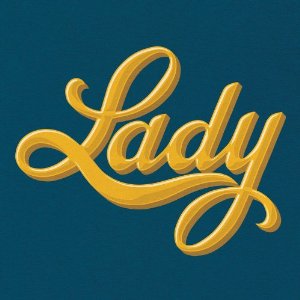 Singer/songwriters Nicole Wray and Terri Walker, who together make up the soul duo Lady, have impressive musical backstories.

Wray was the first signing to Missy Elliott’s Gold Mine label While Walker saw her debut album nominated for the Mercury Music Prize together they have suffered the industry indignities of having their second album shelved (Wray) and being dropped from their label after two albums (Walker) but neither occurance seems to have put them off making music. Having met in 2009, Lady have honed their craft and debut single ‘Get Ready’ has a maturity and self assurance that suggests that now could be the time for the duo. Lady‘s self titled debut album is out now. 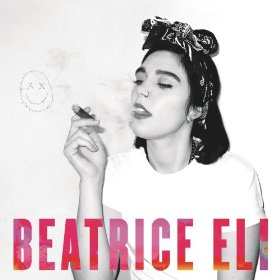 something he does explain is his New band of the day column entry on Eli. Studies at music school led to a love of Ella Fitzgerald and home studio experimentation allowed her to learn how to produce and create the electronic beats that drive her music.

The boisterous ‘It’s Over’ is taken from the EP of the same name, which features the equally excellent, albeit more emotionally exposed (see also fellow Swede Faye’s 2012 track ‘Water against the rocks’ for more of this theme)‘Violent Silence’, and both tracks would suggest Eli is one to watch.

Laura Mvula is from Birmingham, and her debut album Sing to the moon was released at the beginnning of March. Mvula is currently on tour and, while many dates are sold out, she would be well worth seeing if the singles ‘She’ and ‘Green Garden’ are anything to go by. 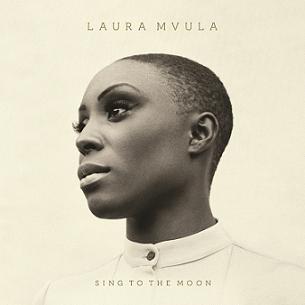 As with Beatrice Eli, jazz and R&B have been noted as influences, but Mvula’s music isn’t particularly derivative in sound, it is complex while at the same time seemingly effortless. She doesn’t emote, she just does it, and that in itself is quite refreshing.

There are no Brit School origins here; Mvula studied composition and later worked as a receptionist at the Birmingham Symphony Orchestra, teaching herself garageband in her spare time. This teach-yourself theme seems to be becoming comfortingly recurrant with new artists, easily accessible technology making it easier for would be artists to go from bedroom to record. In Mvula’s case, it’s meant that she has had the time and space to develop her music use a mixture of influences to create something both unusual and musically innovative.

First picture: Sleeve to Lady’s debut self titled album. The word ‘Lady’ is written in a curly gold font across a blue-y green background.

Second picture: Beatrice Eli, sleeve art to her EP ‘It’s over’. The image shows Eli with a scarf wrapped around her head smoking a cigar. She is looking away from the camera and is exhaling smoke. The words ‘Beatrice Eli’ are written underneath in a dark pink bold font, sans serif.

Third picture: Sleeve to Laura Mvula’s album Sing to the moon. The sleeve shows Laura dressed in white looking left. The background is also white, and the name of both artist and album are written very small in a pale font.

First video: Lady, Get Ready. Shot in black and white at night, this video shows Terri Walker and Nicole Wray walking and dancing in a city. Shots of the pair are intercut with mise-en-scene such as graffitti, tower blocks, and trains moving through the darkness.

Second video Beatrice Eli, It’s Over. Beatrice and her girlfriends host a very boisterous party in someone’s flat or squat. This involves much dancing, some spray painting, and possibly a pillow fight as feathers are constantly in the air throughout. Eli maintains her swagger.

Third video Laura Mvula, Green Garden. Laura stands in what appears to be a car park behind a metal shuttered building in an urban setting. She begins to sing, and is joined by her back up singers/dancers, who sing and dance with her. They are joined by some male dancers with drums, and the group move to what appears to be a country lane, dancing, singing and playing all the while. The group perform a skillfully choreographed and well executed contemporary dance sequence on top of a hill in the sunshine as Mvula continues to sing. The group move downhill to a copse of trees where Mvula sits on the grass and sings as the others dance. There is a sit down on the grass for all, then dancing resumes. Mvula finishes up alone amongst the trees, and the video concludes with her walking away from the camera.