On allies, silencing and privilege 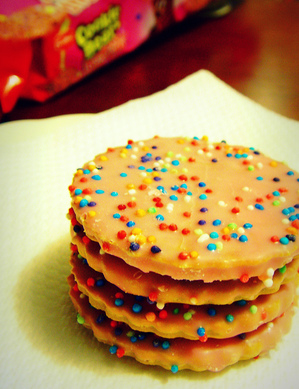 Being an ally isn’t about being comfortable. It’s not actually about the ally at all. Truly being an ally recognises that there are areas where you put yourself and your experiences second when somebody with lived experiences tells you that they have different opinions.

Being an ally also recognises that, while we may try to get it right – we may try really, really hard – being told that we’ve got it wrong is nowhere near as damaging to you as it is to the oppressed person who is surrounded by people getting it wrong. People who get it all wrong, every day. And where, at times, someone “getting it wrong” can mean violence, abuse or murder.

So while it can feel like a really unpleasant slap when we are told that our assumed title of ally is being revoked because we accidentally used offensive language, this is nowhere near as painful as it is for the oppressed person who is running out of patience when, three times already that day, someone else has chosen that very language to abuse her with in the street.

It’s not always easy to be an ally, and that is because the people we are trying to be allies to can have it really hard.

Is it really about you being silenced? Is it not about the other person getting to a point of being unable to hear one more person make an offensive assumption or use that awful word before they collapse into despair?

It feels shit when we get it wrong. But how that shittiness feels is very telling.

1) It feels shit to get it wrong because it means I have upset one of my friends who doesn’t deserve extra upset in her day;

2) It feels shit to get it wrong, I had something to say and now nobody will listen just because THEY can’t all agree, how should I know what to say?

Being an ally is not about you. If somebody bestows the title of ally onto you, you can feel proud because they consider you an ally to them. They are not now your personal affirmation machine. If someone around me gets disability stuff right, or women’s stuff, or survivor stuff, or whatever, if they get it right, I’m relieved more than pleased. Because it’s, “Yay, less stress to deal with!”.

If they get it wrong, it’s awful. “I can’t believe you are so angry with me for posting the victim-blaming link, raising awareness about rape is good, isn’t it? God, you can’t do anything these days without being slapped down”.

That person’s distress about having got it wrong isn’t, “Oh god, have I made this worse? Am I taking part in sharing something that will actively upset and frighten survivors?”.

So I hope, when I use the right language around my trans and black friends, mainly that I don’t make them shudder or cringe. If I make them happy, that would be the best thing, but I don’t expect it because if I got it right and wanted a cookie, I’d still be doing it wrong. I don’t deserve a reward for not fucking up, I’m just hoping that I don’t make the days of the people who I try hard to “ally with” worse, by being thoughtless or cruel.

Other people who hope to be allies in the areas where I experience multiple oppressions seem to have the same attitude. If they offer me help with something, or take an issue on and want to check they haven’t mangled it by showing it to me first, they aren’t waiting for me to turn up with golden wheelchair and silver gay marriage awards to give out. If they get it right, I’m relieved that I don’t have to feel angry, or triggered, or like I haven’t been listened to.

It’s like people want the oppressed party in the dialogue to be grateful all the time. If you tried but didn’t get it right, we should still be grateful that you were trying and heap on praise. I am too tired to be grateful to everyone who tries and messes up but still considers that it is only them who are facing any problems within this interaction.

Being an ally does mean – and I hate to say it given recent discussions – but it really does mean questioning your privilege. If Person A says a word that they don’t realise is offensive to Person B, it is Person B who is hurt. If Person B points it out and Person A feels like a victim of callout culture, then their “ally” status is becoming precarious.

Person D: “Eek, you shouldn’t really use the word crip if you’re not disabled or unless you have the explicit permission of the person you are talking about”

Person C: “That’s not fair! I can’t believe you can say crip and I can’t”

Person D: “I can’t believe you are objecting to the prospect of not using an offensive word with a long history, one which happens to be being reclaimed by some members of a particular group, and not understand why it’s offensive”.

Person D: “There’s plenty of writing about it online.”

Person C: “Where? Everyone says different things! It’s confusing! Woe is me!”.

It’s all about person C. She’s distressed and confused, and perhaps a little angry too. Now let’s remember, again, what ally is supposed to mean. I guess it’s something about doing our best to make the world a better / less dangerous / less offensive / less lonely place for people who experience oppressions that we do not. Has Person C done that? No, she has made the world less friendly, slightly more offensive, and rather more tiring for Person D.

Being called out isn’t fun. But when we look at the discriminations we each face, then trying our best to be a good ally involves looking beyond our own sensibilities and tastes and accepting that others know much, much more than we do. And that it is our own responsibility to educate ourselves on where we’re going wrong. It also means that when, or if, we get it right, then just being pleased we haven’t contributed to Person D’s shit day should suffice, rather than expecting Person D to start baking us cookies.

[The image is a photograph of a pile of cookies with hundreds and thousands on the top. It was taken by mikoosij and is used under a Creative Commons Licence]