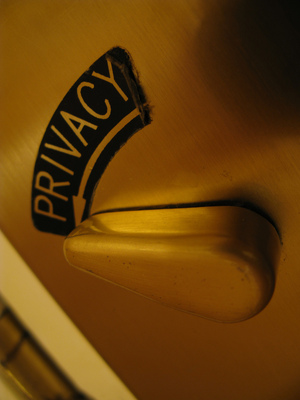 It has been a difficult week. The Steubenville rape trial presented us with details of a woman’s sustained and repeated assault. And as if that wasn’t enough, the media aftermath showed us that mainstream concern was with the perpetrators and not the victim. We learned that her best friends had testified against her, and that news presenters pitied the rapists because of the effect their convictions would have on their future.

We also learned that Lucy Meadows, a teacher who had been pilloried in the papers after coming out as trans, had died in an apparent suicide. A woman who, we imagine, should have been at the beginning of a whole new section of her life, found something unbearable enough to continue. Richard Littlejohn, who initially expressed concern about what the impact of having a trans teacher would have on the pupils, is so far silent on the impact that her untimely death will have instead.

Both are awful stories, difficult to comprehend and process. But something I have noticed, too, is that many of the blog posts and articles which are supporting “Jane Doe” and Lucy Meadows contained elements that made me really uncomfortable.

I couldn’t retweet a link from an international anti-violence against women organisation which highlighted some of the misogynist attitudes expressed about the Steubenville convictions, not because of the quotes (which were the point of the post), but because some of them appeared to name the alleged victim.

I couldn’t retweet or link to otherwise excellent articles by Laurie Penny, or another by Lauren Nelson, or many, many others because they included a photograph – albeit pixellated – taken of the victim during the assault.

I couldn’t link to otherwise excellent posts by Jane Fae – in an article about media intrusion no less – or Helen Pidd and Saskia Murphy because they included details from private emails that Lucy Meadows had sent while she was alive.

Because we know that when Lucy’s transition was announced, she requested that the press leave her alone, it seems particularly distasteful that after her death, when she has no say in the matter at all, the contents of her private correspondence is revealed to all and sundry.

In the case of the Steubenville rape photos the image is pixellated so that we can’t recognise the victim. But each time that photograph is reproduced (a search tells me that it currently appears on 996 web pages), this woman’s assault is being witnessed again and again. As though it wasn’t enough that, despite being in the wrong, her attackers had far more support than she did. As though it wasn’t enough that her whole ordeal was filmed, and laughed and joked about, she is having to face her assault being published on any and every website and seen by yet more people.

I understand why publishers and bloggers have done it. No doubt with the best of intentions, details of Lucy’s emails and that photograph of Jane Doe illustrate strongly the injustice and unfairness both women faced. However, I cannot feel comfortable with these further intrusions into these women’s privacy.

[The image is a photograph of a lock on a door with the word “privacy” printed above it. It was taken by Rob Pongsajapan and is used under a Creative Commons Licence]