That’s what she said: Lad culture in universities

On the occasion of International Women’s Day, the National Union of Students (NUS) released the report, ‘That’s what she said’, to voice the need for the government, universities and students’ unions to stand up, take responsibility and accept that things need to change for women students in higher education. It’s time to recognise that the issue of lad culture in higher education has a detrimental (and often quite far-reaching) impact on women students that is not addressed by higher education or gender equality policies.

In 2010 NUS published the ‘Hidden Marks’ report which produced the staggering statistic that 68% of respondents had faced one or more kinds of sexual harassment on campus during their time as a student. ‘That’s What She Said’ builds on this revelation with an exploration of the depth of feeling surrounding the phenomenon of lad culture and how this can lead to negative student experiences.

When NUS commissioned research on lad culture and women students’ experiences of it in higher education, it was anticipated that the body of evidence about offensive banter websites aimed at students (such as the infamous Uni Lad), sexist promotions of student nights at clubs and disturbing initiation practices that feature homophobia and misogyny would be recounted as a matter of course. 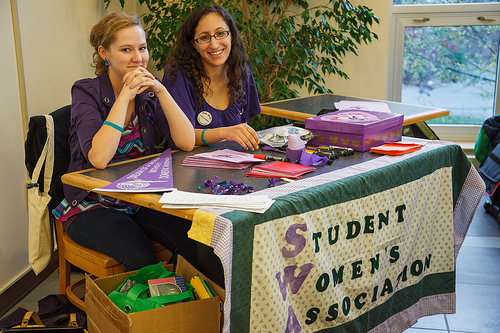 The researchers have indeed uncovered evidence along similar lines. Crucially, their sound research methodology means that it will be harder than ever for universities, students’ unions and government to deny that this is a serious problem that is affecting women students up and down the country.

The report contains analysis of data from interviews and focus groups with 40 women students from England and Scotland, exploring how lad culture affects every area of student life to a greater or lesser degree. From nights with friends to classroom discussions with peers, from forming romantic relationships to joining student societies; lad culture is pervasive and is restricting women students’ choices and doing real damage to women students’ university life.

Sexual harassment and groping was described by participants as part of a ‘normal’ night out. Most women students would easily identify with this, but seeing it come out of the research findings so strongly is still appalling. “You kind of stay away from certain bars on certain nights… I’d go to more, I hate the word ‘alternative,’ but the smaller bars that you’re less likely to bump into sports teams in,” one woman at a university in Northern England said.

The research participants reported their universities seldom took action in relation to such incidents and cited advice and communication from their institutions that suggested that women need to take responsibility for keeping themselves safe, conveying an attitude of acceptance.

Another student, from a university in the Northwest, told of how this culture had translated into a classroom setting: “I have been silenced in a classroom environment by someone who is one of the lads, if you like, because I didn’t agree with something he said. He essentially did a repeat of what David Cameron did, the whole ‘calm down dear’ thing. Even the teacher didn’t challenge it. She just looked at her papers, shuffled them, looked really awkward. I knew she had heard, everyone had heard.”

There are also many examples of how lad culture affects women students’ personal lives and relationships, with a student in the Northeast describing how her relationship with an ex-boyfriend deteriorated because of the way he engaged in lad culture with his friends, though he had tried to hide this aspect of his identity from her for as long as possible.

‘Banter’ and harassment was reported by many respondents, but it is particularly disturbing to read of several cases where students’ involvement in feminist societies had made them targets of abuse.

The research findings recount a story from a student at university in the Southeast of England about a sports team locking up a member of the feminist society in a coach toilet during a trip and then pelting her with pornography magazines. Another student who was president of the gender equality group at her university had taken time off from her studies due to mental issues as a result of the negative treatment she had received because of this role.

“Several close friends from our Feminist Society have been violently verbally attacked by a group of lads while having a drink in the student union bar for simply being from the feminist society,” another student from the Southeast said.

If there was any doubt as to whether lad culture is actually contributing to women’s continued oppression, the fact that it finds ways of punishing those women students who step up to lead the struggle for women’s equality surely quells it.

While it is disheartening and disturbing to hear about women students’ experiences of lad culture, abysmally, it is not surprising. Interestingly, as part of the literature review, the authors link the myth of women’s success to the roots of lad culture.

The idea that women have ‘made it’, at least in educational terms, is a common one. It is certainly true that women now make up the majority of students in higher education. They appear to have higher attainment than men students. This fact has contributed to the so-called crisis of masculinity which posits that there is an attack on men as society’s understanding of gender and gender roles changes. 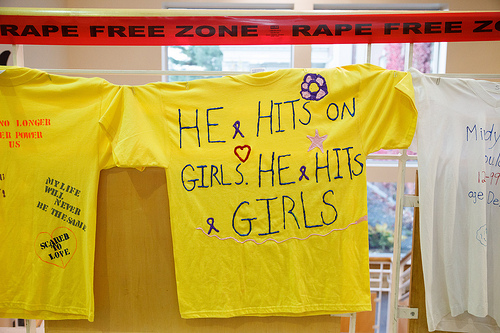 The research found that lad culture can be seen, in part, as a response to this crisis of masculinity, as a culture that seeks to defend what were perceived to be masculine spaces, such as higher education. Having this context is incredibly important in order to understand the emergence of lad culture, and of course in order to understand that while we do not claim that all men participate in lad culture (or indeed, that no women do), it is still fundamentally a gendered issue.

And although it is not exclusive to university settings, it is very much a student issue as well, both because of the way that women’s statistical presence in higher education contributes to the myth of women’s success and campus culture’s inclusion of many elements (sports teams, student bars, online social networks) where lad culture seems to be able to thrive.

As the literature review points out, “There is no mention of women’s issues in current higher education policy, and gender equality policy, including the most recent framework around violence against women and girls, also makes no specific reference to women students.”

There is a danger that women students will slip through the gaps in these policies and that the myth of women’s success in higher education will continue to mean that the very real issues facing women students are not addressed.

NUS, the Everyday Sexism Project, Equality Challenge Unit and relevant Higher Education organisations – Universities UK (UUK), the Association of Manager of Student Services in Higher Education (AMOSSHE) and the British Universities and Colleges Sports (BUCS) – are calling on Women and Equalities Minister Jo Swinson to convene a summit on lad culture and how government and the higher education sector can respond to it.

Ultimately, all those who have had a role to play in allowing lad culture to thrive in higher education — including universities, students’ unions, and even NUS — need to be involved in figuring out how we can respond to it. We hope to work with all stakeholders to develop a national strategy that will lay out a clear path to tackling lad culture and creating a safer, more positive, more empowering culture on our campuses.

The letter to Jo Swinson urges her to convene a summit of relevant organisations to create an action plan to tackle lad culture. It’s not big, it’s not clever; it’s demeaning, it’s sexist and it’s going to change.