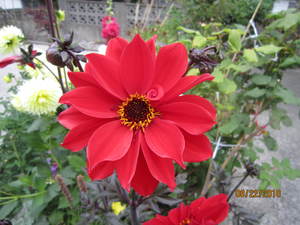 It’s our weekly roundup of posts we haven’t blogged about. Feel free to add some more in the comments sections. As usual, these do nor represent the F-word’s opinions.

1. I chatted with the dirty girls, 17 years later (Vice Beta)

2.Taking back the city: The feminist campaign to reclaim Scotland’s public space (Post)

4.Why do you laugh at the fat people? (Obesity Timebomb)

5. Meet the British woman fighting to go into space (The Telegraph)

6. Why publishers refuse games such as Remember Me because of their female protagonists (EuroGamer.net)

13. VIDEO: Malala Yousafzai achieves her ‘dream’ of going back to school in Birmingham (BirminghamMail)

15. Maria Toorpakai: The Pakistani squash star who had to pretend to be a boy (BBC)

16. Why We Don’t Need Any More Female Billionaires Telling Us How to ‘Have it All’ (The Jane Dough)

18. The Mechanics of the Pull-Up (and Why Women Can Absolutely Do Them) (Scientific America)

19. Violence against women has no religious justification (Al Arabiya)

20. My guide for victim-blamers (The not so quiet feminist)

22. Popular science blog is run by a woman – to the surprise of some on Facebook (Guardian)

23. Working Dads Have Regrets Too (BuzzFeed)

25. Women: hitting your man is not cute; it’s abuse (The Telegraph)

26. Out and proud (Inside Housing)

27. A Woman Walks Into A Tech Conference (BuzzFeed)

30. Lucy Meadows story not in the public interest (Scotsman)

31. Don’t like the Mean Girls’ table? Check out the rest of the room (The New Statesman)

32. How the NHS will be quietly privatised from April 1st, while the media ignores it (Liberal Conspiracy)