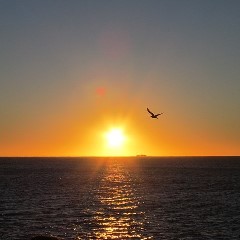 Where did I learn about freedom?

No Women No Peace·24 March 2013
LifePolitics

By Noorjahan Akbar – Afghan women’s rights activist, author for UN Dispatch and Afghanistan correspondent for A Safe World for Women.

Most of my work and writings have been focused on atrocities and injustices against women in Afghanistan, but in this blog, I wanted to address a different kind of injustice.

Recently an American journalist sent me the draft of her article about my work for editing. The middle paragraph argued that I was given a rare opportunity to get an education and attend a school in the United States of America and this experience of freedom ensured that I would never submit to injustice again. In this one sentence, I noticed many of the presumed notions about myself, my culture, and in contrast the American culture, that are reflected in much of the literature produced in this field.

Many writings about women’s rights activists from Afghanistan assume that we, Afghan women, learn about freedom and equality outside of our countries and cultures and in my case in particular, the assumption is that studying in the United States of America gave me a taste of freedom and caused me to speak up to injustice. It is assumed that I was necessarily oppressed and therefore merely a victim in Afghanistan and that if it was not for my time spent in the US, I would have not become an activist for women’s rights.

This presumed monopoly over universal values has many negative consequences. It contributes to a binary vision of the world that views half of the people on earth as “progressive” and “civilized” and the other half as devoid of these characteristics and values. In addition to that, this kind of literature contributes to the discourse used to delegitimize women’s rights activists as Westernized individuals in Afghanistan and countries with similar situations. The assumption that I, or other activists, learned about freedom in America then becomes a double-edged sword that is used to label us both in the West and at home. The idea that freedom or liberation is a solely American or Western concept and therefore we must all have learnt about freedom in America given our own cultures are only oppressive and there are no notions of liberation at home is absurd.

I did not learn about freedom in America.

I learned about freedom from my parents. When I was six, they decided that they didn’t want to submit to living under the Taliban and wanted the freedom of education for their daughters. They left behind all their livelihood, all they had gathered throughout their lives, to be free.

I learned about freedom from my aunt. She taught herself to read and write when she was over forty so that she could be more independent. She agreed for her daughter, her only child, to travel thousands of miles across the world to get an education and be free.

I learned about freedom from the women of my country who sing about freedom in dozens of different languages and dialects, who tell their daughters tales of freedom.

I learned about freedom from Afghan political prisoners, writers and journalists, who prefer being imprisoned to being silent and submitting to oppression.

I learned about freedom from an Afghan National Army soldier I met last year. His name is Nadeem and he puts his life on the line every day, not for the 150 USD that is his salary per month, but for the freedom of a country from the hands of radicalism.

I learned about freedom from the poetry of Rabia Balkhi, a princess who made the foundation of class stratification and sexual discrimination tremble by daring to love a slave, and was killed for demanding the freedom to love whomever she wishes.

I learned about freedom from Merman Parwin who broke free of oppressive traditions by becoming the first woman to sing on Afghan radio.

I learned about freedom from Batool Muradi, who was accused of adultery by her husband, which could lead to severe consequences, but decided not to remain silent.

No. I did not learn about freedom in America. The urge for freedom is not a Western one, and the concept of liberation is not a Western invention that I could have learned only in America. Freedom is in my blood, and in the blood of millions of women and men who have never been to the USA, but know that as humans, they deserve the right to breathe fresh air and say their opinions without the fear of prosecution. With many slave-owners as founding fathers, hundreds of years of slavery and segregation, colonialist and imperialistic politics and high incarceration rates of black and brown people, America could not have been my inspiration for freedom.

The photo is by Petit and shows the sun rising over the sea, with a bird flying in front of it.