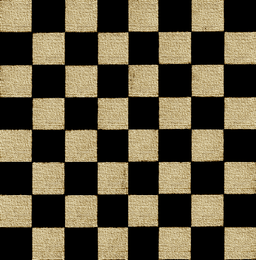 This is a guest post by Lettie N: “Born in one land and raised in another- I am of mixed cultures, I am of two identities, I am unique”.

“Black babies look like poo.” I remember thinking I had misunderstood what had been said. A work colleague comparing black skin to faeces made me extremely uncomfortable, especially when I was the only black person there. This is just one incident where I have been subjected to “racial jokes” at work. I found this very troubling and sought a general consensus from other people on this issue. I was left with the impression that many people in society are in denial about racism in the health service and Britain at large.

As a child in Africa I never thought of myself as black, but when I came to England, I realised my skin “defined” me. In the face of racist adversity, the innocence of childhood quickly evaporated when I was finally introduced to discrimination, a phenomenon I feel is based on half-truths and social construction from fear of the unfamiliar. Coming from a place where I was the majority as opposed to being the minority, my skin colour is something I attributed minuscule significance to. With age, my fascination with race relations increases. It has become part of me and my experiences, from facing subtle racism, to being accepted by people who “see” colour, appreciate and welcome it.

When the topic of race arises, my idiosyncratic view is that people either say the race card is being played or a misunderstanding has occurred. That is the strength of subtle prejudice; it cannot be called out because there are no “bruises” linking back to the crime, reminiscent of a quote by Maya Angelou, “People may not always remember what was said, but they will remember how you made them feel”. I am aware of instances where people have used the race card as a gimmick and that is despicable, however, it is not an excuse to ignore this issue, whether people like to admit it or not they do “see” colour. No matter what race they are, they will notice that someone is black, or Chinese, it is part of human nature. Even animals notice differences within themselves and yet they can live in the animal kingdom appreciating those differences.

I often observe the intricate interactions of people from different races at work. I have come to realise that in many of these cases, class plays a significant role. The racial jibes, derogatory phrases such as “them lot”, “them foreigners”, usually come from colleagues with working class backgrounds as opposed middle class colleagues. I can only speak from my experience, however; I am not implying that other classes are not racist, I just have not experienced it as blatantly from them. We pride ourselves in being a multi-cultural Britain and yet refuse to address these issues. We play together as children but when we get older, people seem to fall into same-race cliques. My sense is that people shy away from interacting socially with other races due to preconceived misconceptions and stereotypes. Fear of being deemed racist stops these conversations from happening, which is ironic because being quiet about it doesn’t make the reality a myth.

I have come to accept that I am different from other races and that uniqueness is a good thing. The problem only arises when people claim that inimitability and rank superiority over other races. I have been in work situations where people stuck together to corroborate a story against me, or showed very little interest in knowing me as a person as opposed to my Caucasian counterparts doing the same job. Realistically, I know that when I go for a job interview my colour will be influential either in a good way or bad way, for instance, employing me to meet equal opportunities targets. The fact remains that as human beings we still see colour.

But instead of rebuking this, I think it is important to embrace it. We can make the choice to stand up for ourselves and educate racist ignorance, or ignore it and lump every white person under one racist umbrella creating a perfect scenario of “us and them”. Some argue that we all bleed red, and that makes us the same, but so does every other living mammal. Trying to cocoon everyone into being the same when we are not only creates the elephant of racism in the room that no one will talk about.

Black people are different physically from white people, in our features, in our build, that is something we cannot deny, this goes for other races as well. The differences manifest themselves culturally and emotionally from many different influences, and they also make the human race beautiful. Saying and accepting that we are different is not racist, but a reality. Just as much as slavery is a reality, and accepting it happened and acknowledging that its impact left a great pain. Only then can society move forward and heal this broken world we inhabit.

Photo of a fabric chess board by Reddi (own work), via Wikimedia Commons, shared under a Creative Commons licence.