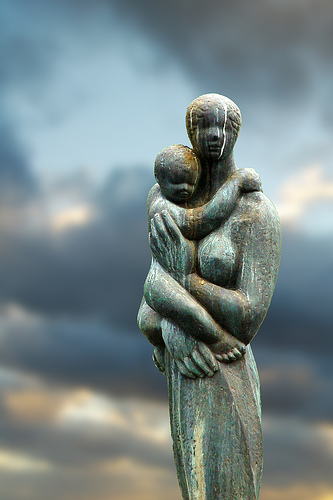 Being a young mum: representation and reality

Walking along Barking high street one afternoon, I saw a poster warning: “Condoms are free, babies aren’t.” It depicted a young woman sitting on a bench in front of a council estate, surrounded by nappies, toys and other baby equipment, looking out glumly. The poster presented contraception as solely women’s responsibility and encouraged passersby to judge the young woman in the photo.

Shocked by this crude stereotyping of teenage mothers, I wrote a blog post about the poster. Through my blog I met Prymface, a young mother. She questioned why no young mums had been consulted in the making of the specified advertisement. Through Twitter conversations and a subsequent interview, I began to gain an understanding of some of the realities of young motherhood.

Q: Can you describe your personal experience of being a young mum?

I wasn’t in a good place when I got pregnant. I was 16. I had stopped thinking about myself. By the time I found out I was pregnant, I felt pretty numb. I wish I’d kept a diary so I could really remember how I felt throughout the pregnancy.

I just know that I felt very different to all my friends, and that even if I wanted to talk to anyone, no one would understand because they weren’t in my situation. I was aware that telling people I was pregnant was like telling them that there had been a terrible accident. No one said congratulations and I never expected anyone to. I tried to hide the bump so as not to draw attention to myself.

But when I gave birth and held my son in my arms it was the best moment of my life, I just fell in love in a second. I can’t explain how much love I felt. It was like suddenly all the negativity was gone and all I cared about was this beautiful baby. Since then I’ve never felt too young to be a mum. There have been difficult times, but being a mum has helped me to get through them. Having somebody else to think about gives you that reason to keep pushing yourself. Of course, at times I wish I could have brought my son up in a stable, two-parent family, but there are more important things than that.

I love being a young mum and would never change that

Q: What were the wonderful things about being a young mum?

I’m glad that I have a teenager now rather than a baby because I think it suits my life better, and I think it suited my life better to have a baby when I was young. I had more energy then, I worried less about things, I just had more fun. I was at college and then university, but I always loved coming home and spending time with my son. I never felt tired!

Now I’m older I probably worry and think about things more, but you need to with a teenager so you can be one step ahead of them! Being younger than other parents means I can remember doing GCSEs, what it was like to first be in a relationship and all those things, and I try to parent in way that respects the things that are important to him. I love being a young mum and would never change that.

Q: Did you encounter difficulties specific to being a young mum?

I think the main difficulty was probably around lack of confidence. I enjoyed being a mum more than anything but I wasn’t confident standing up for myself. I think I just accepted that some people didn’t like me because I was young and I didn’t want to make it worse by being single too.

When you know others can be so judgemental of teenage mums it takes a lot of confidence to stand up to that judgement. I know a lot of people don’t like it that I stand up for young mums, they think we should just hide away, or not mention that we were teenage mums because it’s something to be ashamed of.

Q: What advice did you receive or discovery did you make that was most helpful to you as a young mother, that you think would benefit other young mothers?

The most helpful advice would be to trust your own instincts. Being a mum is about learning, whatever your age. Sure, listen to advice from others, but don’t put more weight on someone else’s opinion just because they are older. You are the parent – make sure people talk to you as the parent. Support should be empowering, not disempowering.

Q: Did your son ever raise that you were younger than his peers’ mothers and how did you respond?

It’s not really an issue, because all he sees is that I’m his mum. We have got used to comments from people when they say that I look too young and, at 33, I now just take them all as compliments, whether they are meant to be on not! I think a few years ago my son kinda realised that I was not much older than him when I had him and he said: “…but you were always so happy!”

He knows he doesn’t want a baby at his age, but also that he didn’t ruin my life.

Q: You have your own website Promoting Respect for Young Mothers, which has resources for young mums. You also host a weekly Twitter chat using the #youngmumschat hashtag. How did you become involved in campaigning for young mums?

Looking back, I’m proud of what I dealt with and the way I just got on with things. 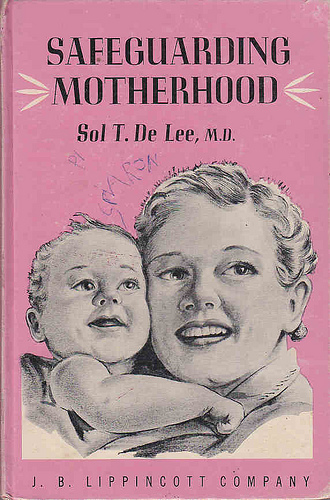 But as I get older I find myself increasingly detached from that world; I have entered another world where professional people think it is okay to make jokes and derogatory comments about teenage mums!

If I ever dare to mention that I too was a teenage mum, it is always met with: “Well, you were different, you’re an exception to the rule.”

Yet if they had seen me at 17 with a baby on the council estate where I lived, they wouldn’t have seen me as any different. That view of teenage parents as ‘other’ makes life so much harder than it needs to be. I’ve become more aware that the way I was treated was not the way mums should be treated.

I shouldn’t have felt that I had to hide my pregnancy, or that I wasn’t good enough. That’s when I started the website – through the website lots of young mums have contacted me to say they feel the same. #Youngmumschat is an opportunity for young mums to share their views and experiences. We have a laugh and that’s really important too! Being a parent should be fun and young parents can be made to feel that they don’t deserve that.

Q: What are the main issues that young mothers have to deal with, and how do you think they could be better supported?

One of the main issues is isolation, and this can be more of an issue in some areas, for example where you may be the only young mum at school gates.

Having the confidence to say, “I may not be doing everything perfect but I’m trying and my age actually has no impact on whether I’m a good parent or not,” is a big thing too.

The judgement towards young parents makes both of these issues much worse. It stops young mums feeling that they can ask for help, stops them making friends with other mums, stops them relaxing and enjoying being a parent. None of this is good for mums or their children. Young mums often have to be so strong to rise above this and yet they never get the credit they deserve.

Q: How do you think we can challenge the stigma that surrounds young mums?

People worry that by being honest we will encourage girls to get pregnant.

The majority of young people do not want to be teen parent, often because they believe having a baby will ruin their lives and young mums are ‘losers’. Teachers in schools encourage this sentiment as it seems safer than challenging it.

It is not easy to look beyond this and ask, why is it that we want to prevent teenage pregnancy?

We also need to talk to young people about respecting others and not making assumptions.

There is a growing perception of young mums as the undeserving poor, fuelled by the recession and the government

Q: Has support for young mums and the representation of young mums got better over time, or do they face an even more difficult time than in the past?

I think people seem to be more angry with young mums then ever! 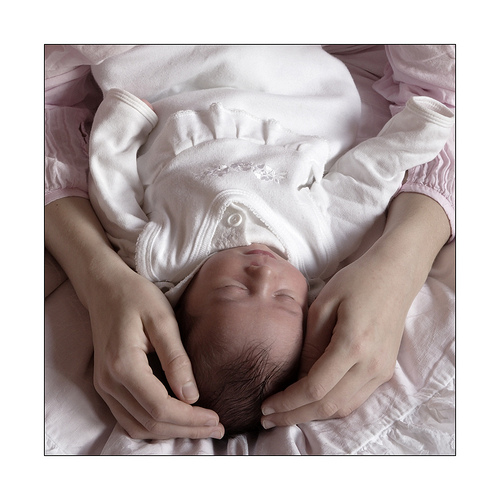 I feel that there is a growing perception that they get everything given to them, that it’s easy, that they got pregnant to get a council house. Maybe the recession has fuelled this because people compare their situation and don’t think it’s fair. I think it’s a very hard time to stand up for young mums because the government are trying to make that distinction between the deserving and undeserving poor, and it is pretty clear where teenage mums fit!

Q: Services that support young mums, for example Sure Start Centres, are being cut by the government – what impact do you think this will have on young mums?

In the last 10 years, there have been a lot more services set up specifically for young mums because it has been recognised that there is a need there.

A lot of these services are run by young mums and are basically a lifeline.

But I worry that it has, in a way, marginalised young parents and universal services have been able to carry on ignoring their needs.

Now that these are being cut there is a huge gap: who is helping young parents get into education? Where are the flexible courses? Who is helping them find suitable childcare? Education pathways are set up for people without children, so young parents can be excluded quite easily.

Q: As you have said, the perception of young mums is getting worse with the recession; as well as this, you’ve pointed out that services, particularly education, still fail young mums. What can we do (both young mums and supporters) to stand up for young mums and demand that they get the access to the services and the support they deserve?

There aren’t many groups that lobby for better services for young mums, so it can sometimes feel like we’re on our own. In an attempt to get the actual voices of young mums heard I’ve used my website and Twitter to gather views from young mums and put them all together in consultation responses whenever there are formal government consultations on services that affect young mums.

We responded to the consultation on Care to Learn [childcare for young parents in education] last year and then this year we submitted a response about the implications of raising the participation age, meaning that all young parents will be required to stay in full-time education.

The important thing for me is giving young parents an opportunity to raise issues, like how they can breastfeed, or find suitable accommodation or access parenting support, or have any kind of maternity leave while in college full time. I genuinely think the people making decisions haven’t thought about all of this!

Q: As we have seen, media representation of young mothers is very poor, unimaginative, and based on prejudices. How would you like to see young mothers portrayed in the media?

Just normal – but then no one would be interested in watching!

Izzy Koksal is interested in welfare, feminism and bikes