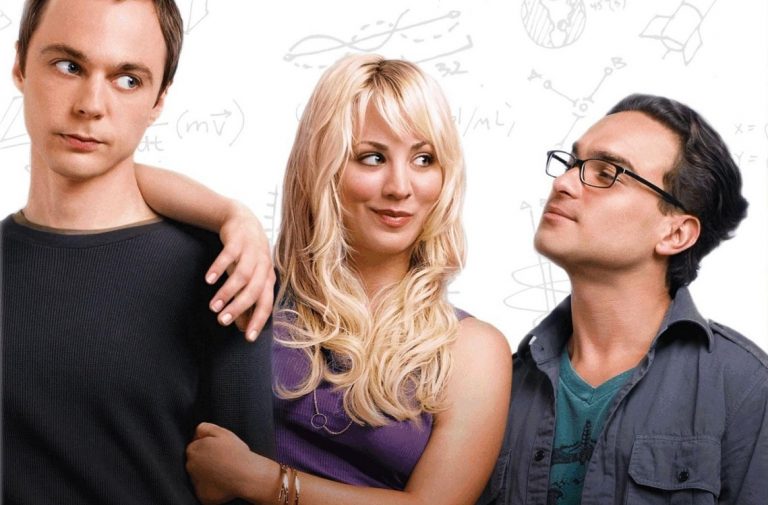 Lucy Pegg argues that the sci-fi/fantasy genre this sit-com is based on has already moved away from the stereotypes of women it perpetuates, leaving it woefully behind.

The Big Bang Theory is America’s highest rated comedy. It is regularly E4’s most watched show on our side of the Atlantic and can definitely be said to divide opinion. Is it funny or just plain stupid? Does it laugh at nerd culture or with it? And is it sexist or not?

The programme bases itself entirely on stereotypes in a huge number of ways and given its subject matter, a lot of these are drawn from those typically found in the sci-fi/fantasy genre; a world in which historically the men are the heroes and the woman are skimpily-clothed and more than slightly helpless. Like many of us, Leonard, Sheldon, Raj and Howard submerge themselves in comic books and films as a method of escapism from a society which labels them ‘uncool’. In many ways, this brings these worlds back into their realities; part of this is seen in the way that they often view women. The even more irritating part of this is that nerd culture is starting to change and has recently become far more female-friendly, while The Big Bang Theory insists on continually perpetuating out of date ideas.

The women of the show are constantly sexualised, a major issue in sci-fi and fantasy which has been highlighted by groups like The Hawkeye Initiative. Particularly in the earlier seasons, Penny seems to be portrayed as the archetypal “helpless blonde bimbo” needing to be saved from her pedestrian life by our oh-so-intelligent lead characters. For quite a while she has virtually no character besides being hot and not very academic when compared to the hoards of scientists that populate the show. After six seasons she still doesn’t even have a last name! Penny is the clearest example of the programme objectifying women, though in no way is the practise limited to her. All four of the main characters (though particularly Howard) have very cavalier attitudes towards dating, with it made clear that sex is often the main goals of these adventures. It seems to follow the idea that a handsome male lead must desire vast amounts of intercourse with faceless women before heading off to do battle, in this case with whatever social situation Sheldon is failing to cope with that week. Furthermore, Amy is shown to have little sexual control in her relationship with Sheldon, with her clearly wanting to become more physical and him doggedly refusing to even contemplate her requests. Of course compromises are part of being in a couple but it seems very obvious that Amy has little choice in how their union progresses.

As for how this compares to recent sci-fi exports, look at The Hunger Games; Katniss is attractive but she wears what she needs to for the tasks at hand, is intelligent, remaining forthright and strong as a person, rather than being categorised as “just a woman”. If Howard of The Big Bang Theory used his usual sleazy manner to ask her out I think he could expect an arrow buried somewhere quite uncomfortable.

Another stereotype follows, which is seen both in older sci-fi/fantasy and the households of the 1950s: the idea of women as automatic homemakers or at least stay at home girlfriends. It is Howard who becomes an astronaut and Bernadette who stays at home and frets. Amy sets up the perfect non-valentines for Sheldon and he cannot even get her a present himself. Basically all the women on the show have careers, and in general very successful ones, but they are shown as performing the expressive role in the relationship despite this. Once again, the genre this is based on has already moved away from this with shows like Game of Thrones (set in a more rigorously patriarchal society than nerdom a decade ago) and Big Bang has been left woefully behind.

Overall, the programme generally misrepresents the sci-fi and fantasy genre, as well as the culture which surrounds it. The multitude of jokes made about the lack of women in comic book stores is absurd; last time I went into my local one I found myself accompanied not only by other women (including a staff member) but families too. This is the complete opposite of what is portrayed in the show. It seems patently clear that the writers don’t understand much of the content their work is based on and are working on assumptions about the genre which don’t necessarily continue to ring true. There seems to be no effort to promote equality on The Big Bang Theory and, in fact, much of the humour is based on this and other divides. Perhaps the characters have been spending too much time on their quantum physics to realise that the culture around them is changing and they’re far from catching up.

[Image description: Part of the cover of The Big Bang Theory Season One DVD boxset. White background. Left to right: Sheldon (Jim Parsons) wears a glazed expression and a lukewarm slight smile. He looks over to his left at Penny (Kaley Cuoco) who has her right arm slung over his shoulder. She has a more pronounced but sideways smile and is looking knowingly to her right at Leonard (Johnny Galecki). Leonard is turned towards her, slightly smiling, with his chin up, evoking a haughty stance. He is wearing glasses.]