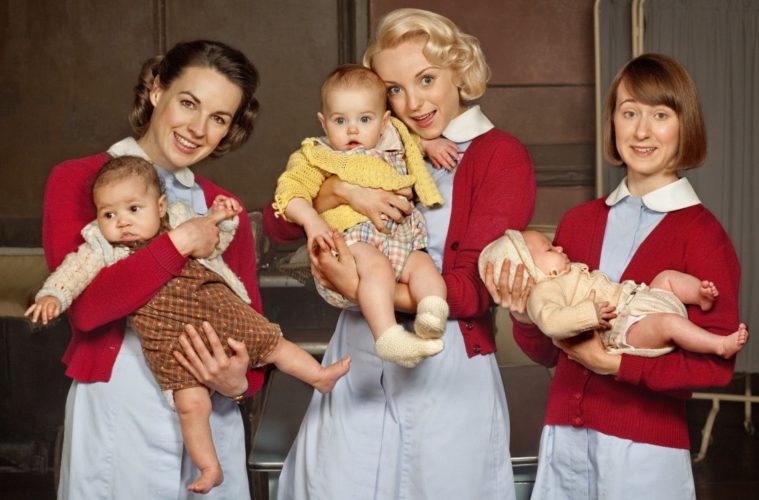 The women they are: engaging with feminist ideas through women’s different battles

If telling women’s stories is, in itself, a feminist act then Call The Midwife qualifies in spades. Iona Sharma reflects on the second series

Call The Midwife, the BBC Saturday evening drama set in the poor East End of the 1950s, was reviewed by Emily Kenway last summer at the close of the first series. As the following series begins, the show is well-established in its basic premise; Jenny Lee (Jessica Raine), the narrator and protagonist, is settled in her job as district midwife, living among the nuns at the convent, Nonnatus House, helping run antenatal clinics and attending the expectant women of the district on her bicycle. Of course, this alone is more feminism than we get with most television: the three young midwives and the nuns occupy an almost exclusively female world and the pregnant women they care for are also supported by mothers, sisters, female neighbours and friends. If telling women’s stories is, in itself, a feminist act – and I believe it is – then Call The Midwife qualifies in spades.

This second series, running between 20 January and 17 March 2013, has seen the writing expanding in scope, exploring the lives of the main cast as well as the women they care for. In so doing, it deftly and lightly engages with feminist ideas through the reality of women’s lives, rather than through the abstract. Jenny, whose role is largely as a viewpoint character and everywoman, nevertheless has her own arc in the second series: having made her choice to pursue the career she loves and shelve romance for now, she is fighting for that choice to be respected by not only people in general but particularly by Jimmy (George Rainsford), her childhood friend who pines for her unsubtly. “My work…” she tells him “…It’s what I need to give myself to.”

Jimmy persists and it’s one of the strengths of the show that, despite the fact he is handsome and charming and clearly loves Jenny very much, the writing doesn’t fall into the trap of making us think less of Jenny’s choice. The excitement of romance, the fulfilment of a vocation and the fact of hard choices are all things that are allowed to exist at once, just as they do in life. This reflects an old-fashioned and well-trodden feminist idea of how difficult it is to maintain a female personhood without being defined by a husband, boyfriend or father – but in Jenny and Jimmy’s story, it’s fresh and bears retelling.

It would be so easy for her to become a caricature flirt, slut-shamed in comparison with the cleaner-living, more conventional Jenny

And then there’s Jenny’s friend, Trixie (Helen George), often well-meaningly telling her she should have a boyfriend because she needs good times and fun. Trixie is one of the other young midwives and is easily recognised as the quintessential fifties girl; with her beautiful blonde curls and ruby red lips, she has the pin-up looks and the pin-up attitude – it is she who encourages cinema trips and dancing with men, introduces her friends to a variety of improbable cocktails and attacks her brand new red heels with a hammer so she can look more like Marilyn Monroe. It would be so easy for her to become a caricature flirt, slut-shamed in comparison with the cleaner-living, more conventional Jenny – but again the writing neatly side-steps this.

For example, in an episode which could so easily have been mishandled, Trixie flirts and charms her way into getting a local television celebrity, Clifford Raines (Tristan Gemmill) to judge the district baby show. She agrees to have dinner with him in his flat by way of “payment” and he attempts to force himself on her. She flees into the night and ends up crying in the convent kitchen while her friends attempt to console her. Watching this, I brace myself for the moral where Trixie will be suitably dressed-down for her apparently sluttish ways and promises firmly never to do it again. After all, the show may be set in the 1950s but it’s not as if the 2010s are much better in this regard. Hearteningly, Jenny says firmly, “You have nothing to be ashamed of” and Cynthia (Bryony Hannah) asks Trixie if she would like aspirin or Advocaat. Jenny then yells, “Bring the whole bottle!” and I let out the breath I am holding.

In one sense Jenny and Trixie share the same story when it is stripped down to essentials: these are women fighting hard to be themselves, to be the women they are. When Trixie cries “I thought the power was all mine”, it’s a throwaway line of dialogue that is nevertheless illuminating. She knows the effect she has on men through her looks is powerful in itself and rather than reject this, she makes use of it. This is arguably another distinctly feminist choice.

Through their profession, hard work and friendship, each of these women can conceptualise their own personhood without being defined by men. Unlike the nuns who blazed this trail before them, they have not needed the socially sanctioned route of holy orders. It’s a small feminist battle in a great war against constraints and in Call The Midwife small battles matter – one woman’s battle matters.

But while Jenny and Trixie navigate social expectations, the story unfolds in another way in the cases of Jane (Dorothy Atkinson), the new recruit who takes the place of Chummy (Miranda Hart) while she is on maternity leave herself and Sister Monica Joan (Judy Parfitt), the elderly nun cared for by the others. Jane is painfully timid and almost silent, having recently arrived from a local mental institution where, as Jenny eventually discovers, she was not a nurse, but a patient. It is not clear what mental health issue Jane experienced, or if she had one at all (“I used to sit bolt-upright and scream,” she says, “my parents sent me away”) but the battles she fights now are against her anxiety and her fear of life in the outside world. As Jane embarks on a tentative romance with the Reverend Applebee-Thornton (Jason Watkins), whose immense garrulousness is a counterpoint to her silence, we’re encouraged to root for her in her discovery of love on her own terms.

Sister Monica Joan’s periodic lucidity means she is fighting, always, against inner demons of dementia that make her forget who she is. Her lament is for being “useless”, after a lifetime at the vanguard of her profession. Both Jane and Sister Monica Joan are engaged in internal battles but the writing takes its time over these and gives them the same depth and sincerity as its stories about Jenny and Trixie, who have more conventional narratives.

Without safe, free and legal access to contraception and termination, women die

Given the subject material, it seems inevitable that the final episode of the series touches upon a feminist flashpoint: abortion. This could have been the point where it chooses to engage more directly with feminist ideas rather than embed them within the narrative; we might have characters expressing various viewpoints for the debate to be textual rather than subtextual. But again, Call The Midwife avoids that temptation. Instead, it gives us the story of Nora (Sharon Small), who already has eight children and very little means to feed them so the thought of another has her constantly, vividly, despairing. She has asked for contraception but in 1957 there is no contraception on the NHS; she has warned the midwives that she cannot bear to have this baby, neither economically nor emotionally. 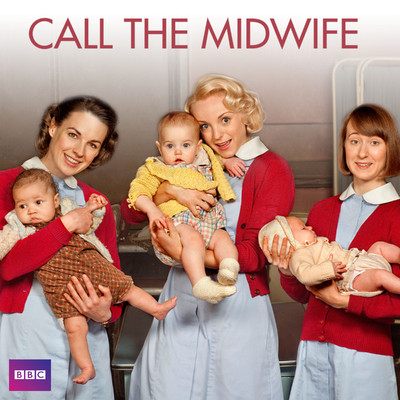 Nora ends up going to a backstreet abortion provider, where there’s a dingy kitchen, a hook and, afterwards, septicaemia. This is another retelling of an old, old story and, in this, lies the strength of it: because rather than just engaging with the debate, it presents its case. Without safe, free and legal access to contraception and termination, women die. As always, this message is tempered with great compassion when Jenny, in retrospect, says “Nora’s life was saved by the doctors who asked no questions.”

Overall, Call The Midwife is not dramatic, radical or particularly unprecedented. Its effectiveness is all in the execution: the clear-eyed, good-hearted depiction of women’s lives in adversity, women who worked tirelessly for the good of other women and of a transient time halfway between Victorian poverty and the modern world.

[Image description: Jenny, Trixie and Cynthia (left to right) in their uniforms and red cardigans, each holding a baby. This picture is used on the cover of the DVD for series two of Call the Midwife and bears the purple and white BBC logo.]

Iona is a writer, editor and lawyer, usually writing about science fiction and politics. Her other interests lie in travel, languages and land rights. She is the product of more than one country