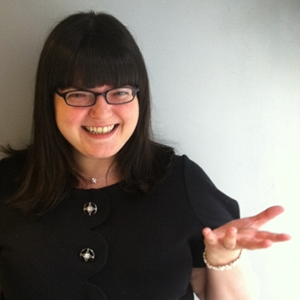 Welcome to our new comedy and TV editors

I am really pleased to introduce Chella Quint, who is The F-Word’s first ever comedy editor.

Here is a little bit about her:

Chella Quint is a comedy writer and performer, artist, educator and old-school zine-girl from Brooklyn, New York who now lives in Sheffield.

She’s pretty sure she learned about equal pay watching an episode of Three’s Company at age seven, and she definitely learned about intersectionality while watching Sesame Street.

Chella is most well-known for her adbusting comedy fanzine and performance lecture series, Adventures in Menstruating, which includes the Mobile Menstrual Zine Library, the Stains TM project and her new Period Positive campaign.

Analysis of her menstrual activism has been chronicled by researchers in several different journal articles and in the book New Blood: Third Wave Feminism and the Politics of Menstruation by Chris Bobel.

Chella’s work was included in two anthologies last year: Catechism: Poems for Pussy Riot and Here Come The Brides: Reflections on Lesbian Love and Marriage. She regularly performs on the Sheffield spoken-word scene and is a member of Other Voices at the Edinburgh Fringe.

And here is my second announcement. Holly Combe, already co-music editor, and a long-standing member of The F-Word’s collective, is going to re-start our coverage of all things TV: 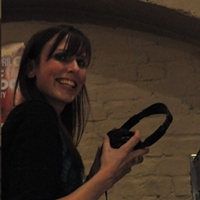 Holly has been putting her musical obsessions to use since April 2011 when she became a section editor with Cazz Blase but has not made much use of all the notes she’s made when watching television until now. (She did talk about telly for a Sky programme about ‘political correctness’ a few years ago but she was a last-minute addition to the programme, so she didn’t get to talk about the most exciting stuff.)

An avid soap watcher, Holly pays close attention to gender issues in Emmerdale, Coronation Street and Eastenders but gave up on Hollyoaks when Warren was brought back to life and the ‘bad boys’ got too hammy. (She was much more compelled to watch it when it was simply a matter of getting annoyed with the gender panto element of the programme.) Eastenders may well be next if they keep taking characters’ children away from them for spurious reasons.

And if you want to review comedy or TV, here’s all the info you need on how to contribute!