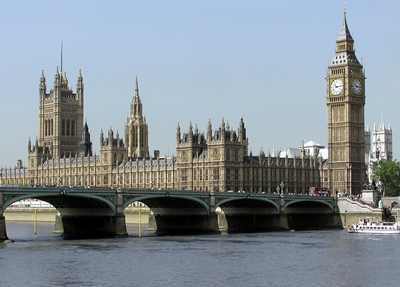 The Government is on the verge of repealing an essential part of equality legislation; Jayne has the details and information on what you can do to try and stop it

On Tuesday, the Government voted in favour of Clause 57 of the Enterprise and Regulatory Reform Bill. This sounds rather dull and irrelevant, doesn’t it? However, Clause 57 proposes to repeal Section 3 of the Equality Act 2006, the legislation that created the Equality and Human Rights Commission (EHRC). Section 3 outlines the purpose of the EHRC (its “General Duty”):

(a)people’s ability to achieve their potential is not limited by prejudice or discrimination,

(b)there is respect for and protection of each individual’s human rights,

(c)there is respect for the dignity and worth of each individual,

(d)each individual has an equal opportunity to participate in society, and

(e)there is mutual respect between groups based on understanding and valuing of diversity and on shared respect for equality and human rights.

All good stuff, right? Well the government doesn’t seem to think so. Christine Burns explains why Section 3, a “purposive clause”, is so important:

Lawyers might be too polite to say so but such clauses also act like a burglar alarm for the rest of the legislation. It is difficult to stealthily change the effect of the detailed clauses in the legislation if the effect of removing or amending clauses creates a conflict with the purpose of the whole. The only way around that would be to amend the purpose clause… and that is a dead give-away.

Removing the General Duty clause may not have immediate effect, therefore. However, the danger is in what the removal facilitates by stealth at a later date.

So by removing Section 3, the government would more easily be able to chip away at the laws designed to help us work towards a fairer society free of discrimination, where every individual’s rights are respected. Which is, quite frankly, disgusting.

The removal would also have a negative impact on the EHRC’s effectiveness, as Professor Sir Bob Hepple, Emeritus Master and Emeritus Professor of Law at Clare College Cambridge explains in Christine Burns’ article (the quotes are quite long so I’ll let you read them on her site – she also provides some really helpful information on the background to all this and the EHRC itself, plus the government’s feeble justifications for the repeal).

The Enterprise and Regulatory Reform Bill is currently in the “Ping Pong” stage, being passed backwards and forwards between the House of Lords and Parliament. The Lords previously voted against Clause 57, (i.e. to keep Section 3), but Parliament reinstated it on Tuesday. The Bill goes back to the Lords on Monday. Unless they vote again to remove Clause 57 from the Bill, we’re going to lose Section 3, and it looks like it will only be a matter of time before the Tories get their claws into the extremely hard-won equality laws designed to protect women, disabled people, LGBT people and other groups from discrimination.

We’re into the very final stages of all this now, but it’s still worth contacting your MP – if the Lords remove the clause, MPs will have to vote on it again. The PCS union have set up a website enabling you to send a template letter, though it’s always best to write your own if possible. I imagine it would also be worth contacting Lords. The media have been too busy fawning over you-know-who to bother reporting on what’s going on, so let’s do what we can to make some noise about this nasty attack on our rights.

Photo of the Houses of Parliament by WikiWitch at en.wikipedia, from Wikimedia Commons.