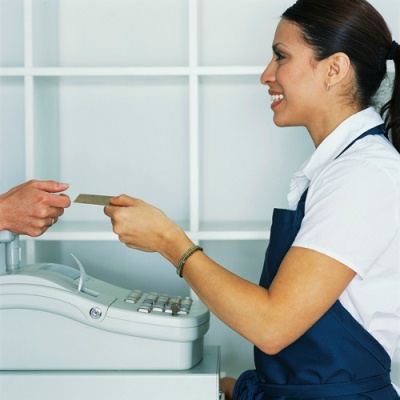 Happiness is a feminist issue

This is a guest post by Caroline Pearce. Caroline is a PhD student at the Open University exploring the management of emotions and narratives of recovery in grief. You can follow Caroline at @politicsofhap.

It was after reading an interview with Kate Zambreno in Hazlitt talking about her novel Green Girl that I started to reflect on how the shopgirl is the perfect modern avatar for frustrated feminist ideals of happiness.

It is no small coincidence that it was an interview for a sales assistant job in which I was asked “What makes you happy?”. It is the shopgirl’s job to feel happy and be positive in order to create happiness for others. Yet being successful in the retail environment entails performing happiness in a particular way. The shopgirl is a blank slate, void of a history, personal life, thoughts and feelings. The ideals of the establishment in which you work are projected onto you, as are the ideals of the customers that are investing in what you are selling.

As someone who has almost 10 years’ experience of retail work, fully qualified in latte-making, book shelving and professional clothes-folding, and who now studies and researches emotions, it struck me how the emotional work involved in retail is rarely highlighted. Furthermore, retail is often a particularly feminised occupation. Being a shopgirl is an experience that features in the lives of many women, an experience only increasing in prevalence as women, young and old, faced with raising rates of unemployment and fierce job competition are forced to take retail work not merely as a stopgap but as an essential safety net.

Adopting the identity of the shopgirl I felt always sat uneasily with my feminist identity. To declare oneself as a feminist is a statement that acts to disrupt the status quo, a status quo that is considered by others as producing happiness. Feminists are by nature troublemakers, not conformists. We use our unhappiness to bring about justice.

To create a convincing shopgirl identity, then, involved detaching my feminist self and replacing it with a smiley face. I was nudged into these norms of being, sometimes explicitly: “You need to smile more”. At other times I picked up cues from my environment that told me acting a certain way would produce bigger sales, which in turn would lead to financial rewards and positive encouragement from my peers. Actively managing one’s emotions and surveilling one’s self for bad feelings became a daily practice necessary to work productively and efficiently. What results is not a self devoid of emotion but a self full of emotions deemed appropriate, in this case “happy” emotions. However, these emotions were often quite distinct from how I actually felt on a day-to-day basis.

The emotional management that the shopgirl must undergo is, I would suggest, part of a broader gendered pattern in mental health. Empirical studies that have sought to explore the link between women and higher rates of depression often cite a process of “self-silencing” as a cause. Depression arises when women “silence” themselves and neglect their own needs and desires. Alternatively, for a woman to speak out about her desires, to resist conventional norms, has historically been identified as a form of hysteria. The hysterical depressive or suicidal female artist is constantly reproduced to remind us of what happens when we fail to transcend our female bodies and become overwhelmed by irrational emotions.

Happiness is increasingly a project of self-management, and not only for the shopgirl. The government’s interest in measuring our well-being and the growth of organisations such as Action for Happiness have reinforced the belief that happiness is an attainable object that we all deserve to pursue in the name of autonomy and self-empowerment. But whose happiness are we working towards? And is happiness even something we should desire? Happiness is often attached to particular objects, like getting married, having children, a steady job and a mortgage. An unmarried, childless, irregularly employed woman may not sit so comfortably in this vision of happiness. The legacy of the female hysteric and the persistence of depression diagnoses in women suggests that happiness is not always an easy object for women to attain. Just as the shopgirl is trained into conducting herself appropriately, to silence our unhappiness is to become complicit in validating a way of life that might be contrary to our ideals as feminists.

So what would a happy feminist future look like? I suggest it should involve the exploration of a form of happiness that did not work towards certain objects, that did not silence itself, that did not seek to avoid or overcome unhappy feelings. It might mean being a troublemaker, ruffling feathers and brushing people the wrong way. It might mean seeing depression not necessarily as pathological but in some cases as a form of resistance to conventional norms. It might mean encouraging the shopgirl to stop silencing her bad feelings and salvage her unhappiness as a political statement. It means claiming happiness as a feminist issue.

The photo shows a smiling cashier handing a credit card back to the outstretched hand of a customer who is out of shot. Shared by WhiteHaus Marketing, under a Creative Commons licence.