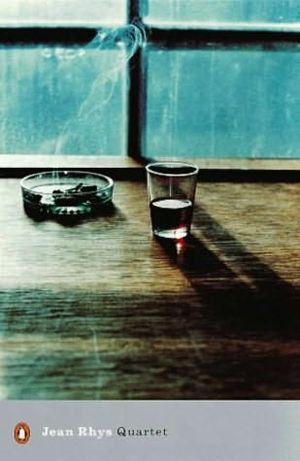 Virginia Woolf famously advised that to write successfully one needs money and a room of one’s own. Today, literature is not as entirely exclusively the realm of the rich and often famous, although access is by no mean universal, and cash and space always help. In Woolf’s time, however, those immortal words were even truer than they are now. What happened when you wanted to write, but had neither of the handy prerequisites? In the case of Jean Rhys, the success of a relatively modern female author owed its birth, problematically, not entirely to money, a quiet space or raw talent, but instead to male intervention.

Rhys was a great writer: deeply, underratedly great. And yet, due to a lack of wealth and a failing career as an actress, she would likely never have had her work sprung onto the literary market without the help of Ford Madox Ford. His interest in her was, as is so often the case, both intellectual and sexual. Ford was Rhys’ artistic saviour, her mentor, her ‘knight in shining armour’. He lifted her from the rut of a fraught marriage, taught her stylistic techniques and the value of editing, changed her name. Ford birthed Rhys as a writer, pushing her onto a stage she never quite left.

If one has neither money nor a room of one’s own, yet wants to make a voice heard, one turns to those in power. Rhys turned to Ford, was swept into the literary circles of 1920s Paris and became an author in her own right.

Born Ella Rees Williams in Dominica to a Welsh father and a Dominican Creole mother, she was sent to school in England at sixteen, and subsequently taken out of the Royal Academy of Dramatic Art, after it was claimed her West Indies accent would never land her any big parts: allegedly, she simply wasn’t ‘English’ enough. Unsurprisingly, she lacked a sense of solid identity, latching onto men who could provide the stability she craved. Her first love affair, with an aristocratic stockbroker named (of all things) Lancelot, ended bitterly. He paid for an abortion and sent monthly cheques as maintenance. She worked as a chorus-girl, then briefly as a prostitute, was imprisoned in Holloway for assault, married three times, bore two children, was committed to an asylum on several occasions and finally developed alcoholism. Amid such troubles came a string of remarkable novels: the most famous being Wide Sargasso Sea, her response to Jane Eyre.

It feels ugly to describe Rhys’ dependence on men to keep poverty at bay: ugly, but accurate, and important to voice. If one has neither money nor a room of one’s own, yet wants to make a voice heard, one turns to those in power. Rhys turned to Ford, was swept into the literary circles of 1920s Paris and became an author in her own right. These are uncomfortable facts that modern feminist critique cannot sweep away. Her story needs telling, not only because she triumphed creatively when the odds were stacked against her, but also because she was deeply, painfully aware of her position as a lower-class satellite to the male figures who supported her. She wrote about the experience in her first novel, Quartet, published in 1928. Somewhat ironically, Ford encouraged her, tutored her in technique, and sent those first tentative short stories out into the world on the back of his reputation. It is also Ford who takes the lead role in Rhys’s debut work, the enigmatic, vague Heidler – “HJ” – “a rock of a man with his big shoulders and his quiet voice”.

When Rhys’ first husband was thrown into prison around 1924, she found herself alone and penniless in Paris. The same happens to Marya, Quartet‘s protagonist, who is taken into the Heidlers’ beautiful apartment in Montparnasse and told to stay as long as she likes. She quickly realises that life in their circle revolves around categorisation: the Heidlers classify everybody they meet, including her. They were

fitting the inhabitants…into their proper places in the scheme of things. The Beautiful Young Men, the Dazzlers, the Middle Westerners, the Down-and-Outs, the Freaks who never would do anything, the Freaks who just possibly might… She felt a sudden, devastating realisation of the essential craziness of existence. She thought again: people are very rum. With all their little arrangements, prisons and drains and things, tucked away where nobody can see.

This tension between charity, sex and intellect pervades the novella. Marya is outwardly welcomed, taken to glamorous parties and introduced as though she were of some exotic species. Rhys communicates sparsely, limiting direct description: instead, we are presented with endless images of caged animals, deceptive, glaring eyes and lurking, shadowy figures. Marya is installed in the spare bedroom, living off goodwill, and therefore comes to reciprocate HJ’s advances. Once she has done so she is suddenly she too close, and has served her purpose: she becomes unwanted, dangerous, the ‘mad woman in the attic’. From the moment her life begins to spiral, she notices HJ’s “sidelong, cautious glances slid[ing] over her as it were”, and “she felt hypnotised as she listened to him, impotent”.

Strikingly, in addition to frequent allusions to the man’s size and sense of power, she knows as they observe one another that she has “no self-control. No training”. The implication here is that a woman with money, with a steady, reliable income, will know certain truths from birth. Mrs Heidler knows that life – gender, sex, romance, parties, art, drinking, dining – is one great game. Marya (and by extension, Rhys herself) struggles to learn these apparently innately understood rules. She feels herself lost in a sea of social niceties she has never been taught, because of her awkward position in a rigid class structure.

The real antagonists in the text are its women: Marya versus Lois. The men are the battleground on which the central characters fight for dominance.

As she makes the weekly trip to her husband in prison, Marya takes the tram from the Porte d’Orleans, where a garish roundabout becomes the metaphorical stage upon which she must perform. She is an unwilling figure in a script the Heidlers see as a comedy, a farce, and which she can only serve as the tragic figure. HJ is often presented as a magician, a conjuror, a hypnotist, but his lack of real characterisation makes him more a stock figure, a two-dimensional antagonist. Rhys recognises that her submission to his desires is born from

her longing for joy, for any joy, for any pleasure was a mad thing in her heart. It was sharp like pain and she clenched her teeth. It was like some splendid caged animal roused and fighting to get out. It was an unborn child jumping, leaping, kicking, at her side.

It makes for uncomfortable reading: like witnessing someone playing to a cobra, or watching the last, desperate rats following the Pied Piper. “Her lips were dry. Her body ached. He was so heavy. He crushed her. He bore her down.” She finds the cycle impossible to break, existing in an increasingly manic limbo. “I must get drunk tonight. I must get so drunk that I can’t walk, that I can’t see.”

What Rhys realised, even before she wrote the novella, was the essential lack of solidarity which she encountered during these dark times. A little-known piece in the Transatlantic Review, published in part by Ford, was called Vienne. “God knows,” observes Francine, its narrator, “if there’s one hypocrisy I loathe more than another, it’s the fiction of the ‘good’ woman and the ‘bad’ one.” 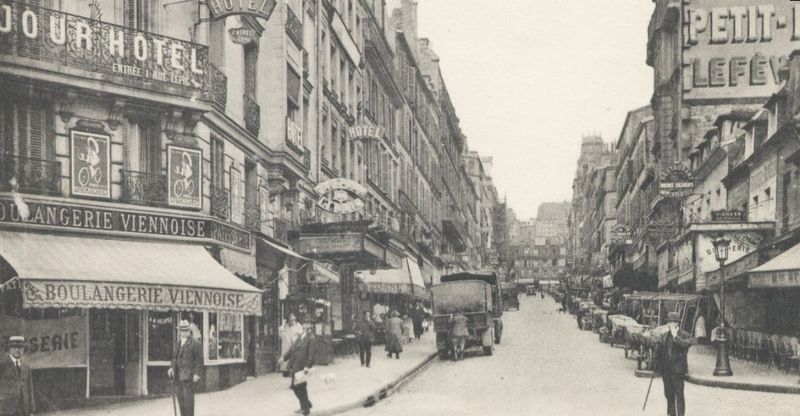 This trope recurs throughout Quartet and is witnessed perhaps most fully in Wide Sargasso Sea, the ultimate tale of ‘good’ versus ‘bad’ women. Lois Heidler, HJ’s wife, seems to welcome the affair between Marya and HJ, but only because she knows that it, like so much else, will fade. She is worldly, understanding. Her eyes, we are told, say “I’m a well-behaved young woman… and you’re not going to catch me out, so don’t think it.” The real antagonists in the text are its women: Marya versus Lois. The men are the battleground on which the central characters fight for dominance. In this way, Quartet is reminiscent of the bloody, female-centric works of Thomas Middleton, most notably Women Beware Women, and provides a startling, heartfelt plea for women as a whole either to “beware” or, more sinisterly, to “beware women”. The novella is as much a call for female sympathy – for some sense of sisterhood – as it is a self-chastisement for falling into old, familiar traps.

Writing is effective therapy. Through her first novel, Rhys seems to have gleaned essential truths. To be humble, destitute, living off (as Blanche DuBois would have it) the kindness of strangers, is no more romantic in Paris than anywhere else. What begins as a deep love affair with the city develops to a realisation that poverty is universal, wherever one happens to be. Its fundamental wretchedness cannot be denied, however much one fetishizes the ‘beauty’ of squalor in a beautiful place. What begins as a quiet, unassuming tale slips into sometimes appalling honesty, bringing a clarity about the author, as a woman, to the forefront. Quartet screams, but quietly, personally, as though trapped in a vacuum where only the written word can save her.

Rhys felt she needed male approval, always wanting to be on someone’s arm, bereft of purpose without the guiding hand of a man. A naïve modern reader, ignoring the many oppressive forces restraining her in the political context of the times, might dismiss this as the ultimate in anti-feminism; but actually, it is an incredibly important text. Rhys draws back the curtains quite unashamedly on a particularly fraught period of her life. Without luxuries afforded to others, she used whatever she could to improve her situation. The novella is a necessary warning, an exposé. She knows herself, and how do we know she knows? Because she has been taught by the best teachers: “She had books, thank Heaven, quantities of books. All sorts of books.” When asked how autobiographical she considered her work, she once replied, “I can’t make things up, I can’t invent… I just write about what happened.” This is why Quartet, and Rhys’s story in all its bitter entirety, should be remembered.

Images show (1) the cover of Quartet (used here under a fair use exception) and (2) a scene from Paris in 1925 (in the public domain).