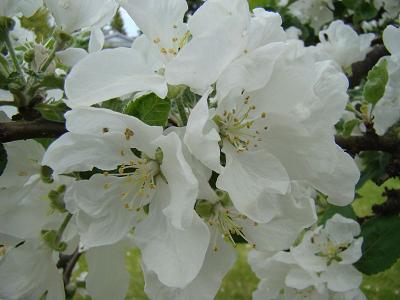 This weeks music paste up is all about the mysterious and the elusive. Starting with Anna von Hausswolff, a singularly talented artist who is currently touring with Efterklang, and her debut single ‘Mountains Crave’.

You will definitely be hearing more from her before too long, both here and elsewhere.

Anna von Hausswolff will be appearing at the Green Man Festival in August, and her album Ceremony is to be released on June 17.

‘Glockelbar’ is the new single from modern baroque pop band Haiku Salut’s album Tricolore the video (above) was directed and produced by the award-winning Japanese animator Mitsuo Toyama. According to the band’s press release, the band approached Toyama “after drawing up a list people they admired (which also included Joanna Newsom, Haruki Murakami and Madonna), and Toyama immediately offered to create a video for them. The video took two months to complete, using flip book animation.”

Haiku Salut will be performing at the Sounds From The Other City festival in Salford on May 5, at The Red House in Sheffield on May 6, at the Llama Festival in North Devon on June 9, Cloudspotting in Lancashire on July 26 and at the Indietracks Festival in their native Derbyshire on July 27.

One of my favourite songs of 2012 was the ethereal and yearning ‘Without You’ by White Blush, a song Carol Rhyu wrote about a past boyfriend. Both eerie and otherworldly, with elements of Julee Cruise’s ‘Falling’, it has been a track I’ve returned to again and again these past twelve months or so. I was delighted therefore to stumble across the above remix of the track which, while not as firm a favourite with me as the original, takes the uncomfortable disorientatinon of the original and both prolongs and heightens it, transforming the track into a different beast entirely.

Image of apple blossom in close up by Ian BC North, used with thanks to a flickr creative commons licence

Second video: Haiku Salu, ‘Glockelbar’ this is an animated video by the animator Mitsuo Toyama and shows a small child being taken on a journey across the sky and through the stars on the back of an elk, who then returns the child to bed, and sleep.

Third video White Blush, Without You (Son of David remix), video is sound only.