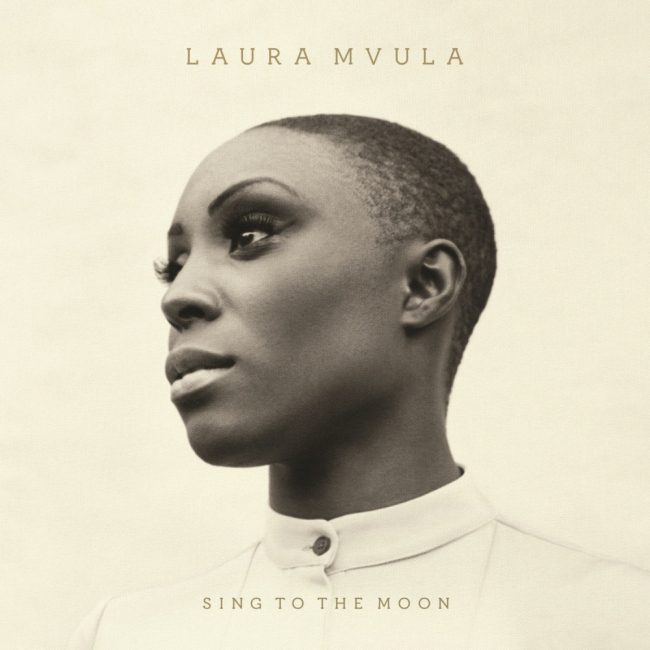 Aiming for the moon

Birmingham singer/songwriter Laura Mvula has a degree in composition from the Birmingham Conservatoire, learned the music composition app GarageBand while working as a supply teacher at a secondary school and had a job as a receptionist at the Birmingham Symphony orchestra. All of which would tell you that there is more to her musical talents than simply being a retro chanteuse. The more complex of her songs (and many of them do have complex arrangements) sound like songs from a Sondheim musical, whereas the easiest and most seemingly simple come across like Cole Porter or Rogers and Hart. Mvula’s musical touchstones are acknowledged to be Amy Winehouse, Jill Scott and Erykah Badu, but – Winehouse aside – you would struggle to hear them in her work.

Mvula’s debut Sing to the Moon opens with the impressive ‘Like the morning dew’, which features gorgeous vocal harmonies, layered to perfection, which are vaguely reminiscent of The 5th Dimension. The vocal imagery is pastoral and picturesque; the phrasing is strictly jazz, in this instance Ella Fitzgerald rather than Billie Holliday. It is reassuring to know it wasn’t just Amy Winehouse who grew up listening to Ella Fitzgerald (see also Beatrice Eli). The marching band percussion towards the end of the song adds additional colour and texture, taking it to another level.

‘Make Me Lovely’, meanwhile, opens with gorgeous melancholic strings. It’s very atmospheric and simultaneously sounds like something from the golden age of Broadway combined with a particularly innovative stab at modern R&B. The lyrical refrain of “I can’t make me lovely” is assertive, but Mvula shows her skill as a vocalist by using subtleties in pitch and tone. The ambition and complexity of both her writing and arranging mark her out as someone special and it’s a brilliantly realised piece. The choir at the end chime in beautifully with the strings.

‘Who made you the centre of the universe? Made you judge and jury over me?’

The recent single ‘Green Garden‘ is an upbeat soul stomper, albeit one that deploys unusual pastoral imagery in what is basically a wistful love song. The backing vocals are reminiscent of old 1970s vinyl and, as lovely as the song is, it’s a little misleading as a single, in terms of signalling her wider output. It would be too easy to write her off as a straightforward soul revivalist on the basis of this and she can do so much more than that.

A good example of the so much more would be ‘Can’t Live with the World’, which features Mvula’s trademark melancholic and gorgeous orchestral strings. “You can’t live with the world on your shoulders” she intones softly as the strings ripple and the backing vocals coo. Structurally it is like a lullaby, soothing but slightly soporific, with lots of space. Mvula offers comfort to a loved one who is a bit depressed and vulnerable, and the result is both sad and moving.

‘Is There Anybody Out There?’ features Mvula in pure jazz mode, her vocals sultry and world weary as she sings in a slightly deeper register than usual. This is Billie Holiday territory, with percussion building a mood and accentuating her vocals. The use of light and shade is reminiscent of Laura Nyro’s New York Tendaberry and, again, this is a song that wouldn’t be out of place in a golden age Broadway musical. If Mvula hasn’t already performed with the Birmingham Symphony Orchestra, it can surely only be a matter of time before she does.

After the ambitious orchestral movements of ‘Can’t Live With the World’ and ‘Is There Anybody Out There?’ the stark piano and voice of ‘Father, Father’ stands out. It’s a simple, impassioned piece, a sing along that sounds both traditional and slightly old fashioned, but always charming.

Current single ‘That’s Alright‘ features complex brass and percussion rhythms that have caught the attention of Radcliffe and Maconie on 6music, who likened the percussion to ‘Iko Iko’ (possibly this version of Iko Iko by the Dixie Cups or this one by the Belle Stars). I see the song as having a closer resemblance to Bow Wow Wow’s Burundi inspired ode to home taping ‘C30, C60, C90, Go!‘, but in both cases the similarity ends with the percussion. This is Mvula at her most assertive, “I will never be what you want, and that’s alright” is her statement, “Cos my skin ain’t light, and my body ain’t tight, and that’s alright” Here she is both berating someone who is not happy to take her as she is, while raising awareness of the discrimination faced by darker skinned black women. “Who made you the centre of the universe? Made you judge and jury over me?” she rightly demands. The video has her dressed in a range of couture clothing, including a particularly magnificent red dress and cape. Male dancers in sharp Rat Pack esque suits serve as her back-up, occasionally encircling her but never overwhelming her. The song has been picked up by okayafrica, who have praised its affirmative message. Other high profile praise has come from Pride Magazine, who made her their cover star in April.

‘Jump Right Out’ is orchestral jazz that acknowledges Holiday, Fitzgerald and Winehouse but ultimately sounds like a Sondheim piece

The left field ‘That’s Alright’ is followed by early single ‘She‘ an understated and poignant jazz/blues ensemble piece featuring atmospheric backing vocal harmonies, while ‘I Don’t Know What the Weather Will Be’ is one of her best and certainly one of her most complex and symphonic pieces. The arrangement shows off her vocal range, as well as her composition and arranging skills, and the result is a tour de force that wouldn’t be out of place in a Sondheim show or the Cole Porter songbook. Title track ‘Sing to the Moon’, meanwhile, is almost cinematic and it’s Mvula at her understated best, with a drive that is deceptively simple but very powerful, soaring and inspiring. It has ‘future single’ stamped all over it.

The brassy ‘Flying Without You’ takes mismatched romance as its theme and comes across like an avant garde Amy Winehouse record, or something Jerry Herman might have written for Mack and Mabel. The Winehouse influence is also apparent in ‘Diamonds’, which features lush harmonies, restful strings and soaring world weary vocals whereas ‘Jump Right Out’ is orchestral jazz that acknowledges Holiday, Fitzgerald and Winehouse but ultimately sounds like a Sondheim piece from Company, which is no bad thing.

Closing track ‘Something out of the blue’ is a harp driven understated jazz piece reminiscent of Roger’s and Hart’s ‘My Funny Valentine’. The vocals are soft, stark and drawn out. The result is blissful.

Mvula’s background in composition and her time spent honing her craft at home while working outside the music industry has served her well. This is a more mature and self assured debut than most, with a distinctive voice and more than a hint of longevity about it. It is to be hoped that both album and artist will stand the test of time.

Mvula’s gigs in May are all sold out (unless you’re going to the Cheltenham Jazz Festival) but you can still buy tickets for her dates in June or catch her at Latitude in July. A new tour in October has also been announced.

Sing to the Moon is out now.

[Image description: Front cover of Laura Mvula’s Sing to the Moon. This is a black and white head and shoulders shot of Laura Mvula in a high collared one-buttoned shirt, against a white background. She is looking pensively to her right.]