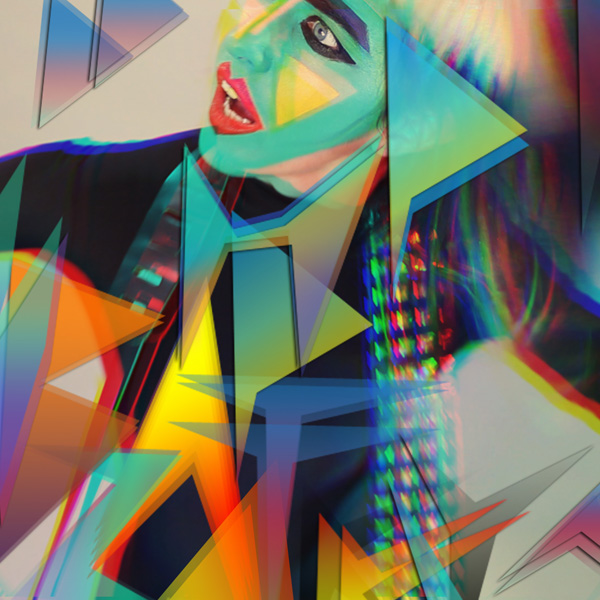 Robots in Disguise were one of the bands that have helped me find myself, delve deeper into feminism and be inspired to be creative. After ten years of making a wonderful feminist tinged electro punk noise together, both Sue Denim and Dee Plume have decided to go in their own direction and introduce us to who they are as individuals, both releasing their own solo material. I had chat with the amazing Dee Plume to find out what she’s been up to and what her future plans are.

What made you decide to go solo? Is this the end of Robots in Disguise?

When we started Robots I was a girl and now I’m a woman and I have to face myself!

I don’t know what’s happening with Robots, but we did 10 years as a band and I’ve got to do something else for a while.

What makes your solo work different from what you’ve done before?

My songs. Live, there’s nowhere to hide because I’m playing guitar and singing (with a drummer). There’s no backing track to cover my mistakes. The whole project is me getting involved: making props for videos, editing a video, producing the music, printing merch- being D.I.Y.

Are you working on an album, if so when can we expect to hear it and is there a title yet?

I was working on an EP – I’ve got six songs recorded. I’m doing it myself with a little help from my friends and my publisher. I decided to put out a single to get things moving… an album is a big thing when you’re co-producing it yourself. I plan on releasing two more singles both with great videos!

Will there be any tour dates to promote your new music?

I’m playing Tatty Devine’s shop in Brick Lane May 27th to celebrate the single release of ‘2 Degrees Of Separation’ and my collaboration with the ladies on some exclusive merch! I’m also playing an acoustic gig at the Camden Rocks Festival on June 1st.

What kind of things are you writing about?

I’m writing about myself like all narcissistic artists. ‘Short Arms, Short Legs’ is a song about my body. ‘Now I’m A Square’ is about me giving up the party lifestyle. ‘Don’t Fuck Your Producer’ – think you got that one! You know trying to reconcile my life.

Have you got any other projects in the works we should know about?

I am collaborating with a Peruvian artist Maricarmen Felices. She is doing a series of paintings based on my songs – which we will then make into an exhibition where I’ll play and we’ll eat cake and film it all.

You can keep up with Dee’s projects by keeping an eye on Facebook and checking out her website, where you can also see her funky art and learn about other projects she’s been involved with.

‘2 Degrees of Separation’ is released 27 May, with a sneak peek listen available on Dee’s SoundCloud page.

Read more about Robots in Disguise in Hayley’s interview with them at their Lexington gig last year and her Song of the day piece about ‘Girl‘.

[Image description: A person with large sculpted eyebrows, thick black eyeliner (right eye out of shot) and red lips appears to be dancing and exclaiming something or looking in glazed wonder, shock or anger. The figure is overlaid with jagged, mirror-like angular shapes, giving a hologram appearance. These shapes are in merged bright neon colours: green, yellow, orange, purple and blue. Green is the predominant colour and covers the person’s face, along with a yellow triangle on the cheek.]

ADDENDUM FROM HOLLY: Thanks Hayley for pointing out that Sue Denim’s solo album actually came out in August last year! I’ve now amended my intro to reflect this.

The picture is a press shot supplied Empire PR Ltd.