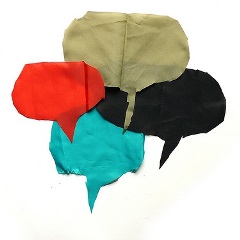 The repercussions of speaking up about sexual violence

Millitoria describes the often negative reactions she has received as someone who speaks out about sexual violence, and offers advice on how to respond supportively when someone talks to you about the issue. Millitoria is a young woman attempting to achieve mental health while raising awareness of issues that get in the way of that goal. She blogs here.

The first thing I noticed was that other people had a tendency to want to share with me their own experiences of sexual violence. I was a bit startled at first but when I stopped to think about it, it made sense that this would be the case. By speaking out I was publicly acknowledging that sexual violence happened and that I thought it was OK to talk about it. Whilst this was sometimes difficult for me to deal with I still mostly view it as a positive thing.

The second thing I became aware of was much less positive, but I first experienced it as a direct offshoot of the first. A friend told me that she’d been sexually assaulted by a mutual acquaintance. She didn’t want to report it to the police for various reasons, so we talked about how to handle the situation without getting them involved and decided to confront him, together.

Having previously experienced support and belief from these friends I was fully unprepared for what happened. Namely, that they didn’t believe us. We told them that this man had an appalling attitude towards women, made several of us uncomfortable and had now assaulted someone. What they heard was apparently something entirely different. They heard the story of the girl who’d become ashamed of some pictures she’d had taken and used her naïve, victim of sexual violence friend to try and cover up what had really happened. I presented them with evidence to the contrary and they discounted it. Apparently, as a victim of sexual violence my opinion on sexual violence couldn’t be trusted.

The theory goes a little something like this: When someone experiences sexual violence they become hyper vigilant to the possibility of sexual violence, therefore they see it everywhere so can’t be trusted when they point it out. So then, experience of a situation or event apparently makes you worse at recognising similar situations or events than people with no experience? Doesn’t make a whole lot of sense, does it? This is just another horrible way to silence people, and it’s dangerous.

By discounting my opinion by virtue of the fact that I’d previously suffered sexual violence, a nice message was sent out, one which made clear that I wouldn’t be believed if I spoke out about this stuff again. That was a message which various people heard and it came back to hurt me later.

I’ve had friends tell me how improbable they find it that “I’d let the same thing happen again”. Or that it doesn’t seem believable I’d know or meet so many people who’ve also had experiences of sexual violence. Most often I am met with the suggestion that I’m just “a bit sensitive to these things”. That I see abuse, sexism and sexual abuse everywhere, even when it’s not present.

I’m not saying that hyper vigilance doesn’t exist. It does, and believe me I’m very aware of the fact, but because I’m aware of it I don’t speak out unless I’m really sure. It’s a sad fact that someone who’s been vulnerable to abuse or assault once doesn’t stop being so. By subscribing to the view that someone who’s experienced sexual violence is incapable of telling the difference between hyper vigilance and further incidents of abuse you are increasing their risk of suffering the same thing again.

The only advice I can offer to deal with this is simple. When someone talks to you about sexual violence, listen to what they have to say and take it on face value. When you find yourself thinking that it seems odd the same person has experienced sexual violence more than once, remind yourself that – sadly – it’s not uncommon for this to happen. When they are supporting somebody else through a similar experience, try to remember that as someone who’s outspoken about such things they’re a likely prospect for someone seeking to disclose their own experience.

No one wants to accept that someone they know has experienced sexual violence, particularly not if they are accusing someone else you know and respect. Try to make sure that your own desire for it not to be the truth doesn’t become just another way to silence those brave enough to speak out. It takes a lot of courage to speak up and having done so, the least you can do is listen to what we have to say.