You never ask a lady her age 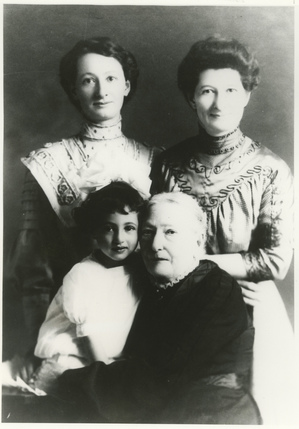 One day, when I was a small child, I asked my Grandma how old she was. A collective gasp arose in the room around me and somebody said, in hushed tones of vague outrage, “Philippa! You never ask a lady her age!”.

Obviously this made no sense, so I asked why and was told that it because it was rude.

But hold on… I was big enough to know “rude”: rude was barging in, interrupting, or not saying please and thank you. This made no sense. No sense at all. In fact, the more questions I asked, the more ridiculous it became.

I challenged the ruling, and I made an extra effort to be very polite. I definitely said both please and thank you when I re-asked the question, but to no avail. I left the room knowing the ages of my Dad, my Granddad and my Grandpa, but not my Mum or my Grandma.

I wondered how old you had to be when it started to be rude. People asked me how old I was all the time and that wasn’t rude. I wondered why it wasn’t rude to ask the men, but it was to ask the women. And I wondered what people supposed would happen if a lady’s age was ever revealed.

Some 30+ years on I still wonder about many of the same things. While I can’t describe myself as a lady, I do realise that this standard is supposed to apply to me now. But, despite turning 36 last week I still do not understand the desire to hide it.

I know plenty of women who lie about their age, but even this has seemed counter-intuitive to me. If I went round telling everyone I was 26, surely they’d just think, “Cor, she looks old for 26”. Maybe I should tell people I’m 46 so they revel in my youthfulness?

While I had to actively train my mind to reject the “numbers” associated with weight and clothes sizing, for instance, the number that is my age never required any such determination. Once I looked old enough to be served in bars, it lost all significance really, save an important birthday or two since then.

What is this thing about women and age? Are we still supposed to keep quiet about this arbitrary number that rises once a year? I understand that ageism is still rife, and that it may actually be advisable for me to start showing some kind of discretion in this regard, but I just can’t seem to find the energy that it would require.

[The image is a black and white photograph, taken in 1912 in San Francisco. It is of four generations of women and girls from one family, the Lipmans, and was made available by The Magnes Museum under a Creative Commons Licence]