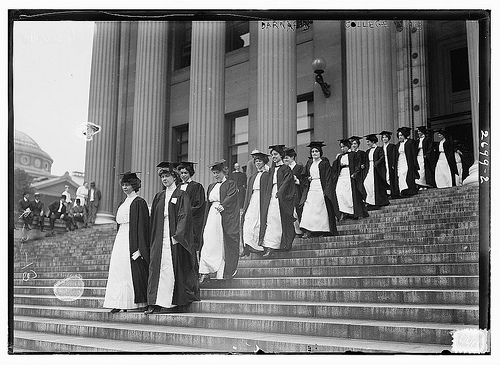 Is women’s struggle for education over?

In her 2009 book Bluestockings: The Remarkable Story of the First Women to Fight for an Education, Jane Robinson details the experiences of some of the first women to enter higher education in Britain. Along with stories of great intelligence and determinism, these include examples of institutionalised discrimination in every aspect of university life, from borrowing rights in the library to the right to be awarded a degree.

When Cambridge University initially held a vote on whether to afford female students the same rights as their male counterparts, there were riots in the streets at the very idea, and effigies of the motion’s proponents were burnt by protesters. In this era, it was popularly believed that women who studied would either become morally corrupt or render themselves physically incapable of having children by overtaxing themselves.

Robinson recounts stories of female medical students made to sit at the back of lectures and practicals so as not to disturb the ‘real’ doctors, while at Oxford, female chemistry students were relegated to a basement so badly ventilated that suffocating during an experiment was all too real a danger.

Reading of such institutionalised discrimination, it makes one think of how far we’ve come. Today, women make up a much greater proportion of students in higher education. Recent figures in the Guardian put the ratio of female to male undergraduates in 2010/2011 at 55% to 45%. For 2011/2012, the Higher Education Statistics Agency records the number of full-time postgraduate female students as being higher than the number of male students: 160,735 against 148,690. For both undergraduate and postgraduate students, there is a similar gap between the genders for those studying part-time.

Of course, this varies from institution to institution. Figures released by the University of Oxford for their 2012 admissions, for example, show more successful male than female applicants for both arts and sciences. But the difference is not that great, with 18% of female arts applicants being awarded a place compared to 19.3% of their male counterparts.

Whatever the precise figures, there are now enough female students at undergraduate level for David Willetts, the Universities Minister, to believe that white, working-class males need to be targeted alongside ethnic minorities with regards to improving access to higher education , while also expressing concern that the number of women submitting UCAS applications now outnumbers that of men.

Willetts’ concern is a manifestation of the belief that new forms of gender identity and the increasing number of successful women that have resulted from the feminist movement have caused a ‘crisis of masculinity’ which is particularly prevalent among young, white, working-class men. This was also highlighted in the recent National Union of Students (NUS) report into sexism within universities: “The term ‘crisis’ was used [1990s onwards] to evoke a sense of masculinity under attack, by high-achieving women and new forms of gender identity which left many men, particularly those from the working classes, with a sense of insecurity and lack of direction.”

Far from being the minority newcomers whose very presence was often resented, women now dominate higher education in terms of numerical presence. Despite this, the glass ceiling is still in place in many other areas of life, with the graduate pay gap as high as ever between men and women. There is an astonishing £8000 per annum difference in the starting salaries of male and female law graduates, including in instances where academic performance is equal. And female representation on corporate boards of Top 100 FTSE companies is still sitting only at 17.7%. Despite this, women do seem to have equal, if not a more advantageous, access to and within higher education.

While the Uni-Lad witticisms never broach the subject of academic performance, the message is still clear: within the context of being at university, women should not be heard

And yet regular listeners of Woman’s Hour would have heard current Cambridge student Rebecca Meredith recount her experiences of debating at Glasgow University Union’s Ancients Debating Competition in March (Rebecca also wrote on the subject for The F-Word). Meredith, studying politics, told how both she and her partner were heckled with calls of “shame woman” and “what does a woman know anyway”, along with increasingly sexual comments made among the audience members. The other six competitors were all male and weren’t heckled in such a manner, while female audience members who objected to the hecklers were also shouted down. Perhaps most worryingly, such behaviour was explained by the organisers of the debating competition and the committee members from the university union as normal and to be expected at such an event and that it was the two female students’ fault for being women speaking in a debate.

Although shocking, this story has to be considered in the context of the Uni-Lad brand of humour that has spread like a particularly nasty rash across UK campuses. Recent tweets from the Uni-Lad account include, “Newton’s 3rd law of emotion. For every male reaction there is a female overreaction” and, quite succinctly, “Pipe the fuck down”. While the Uni-Lad witticisms never broach the subject of academic performance, or anything to do with studying at all, the message is still clear. In the university context, women should not be heard.

This was highlighted in the NUS report, which dealt largely with the ‘lad culture’ phenomenon. Tying misogynistic and violent language with the crisis in male identity, the report not only includes instances of intimidation and sexual harassment, but also looks at the impact that such a culture is having on the academic side of university life.

It would perhaps be easy to dismiss both Uni-Lad and those hecklers at Edinburgh as taking part in ‘banter’. Indeed, along with having sex, this is purportedly one of the key aims of those who frequent the Uni-Lad website and a supposed central feature of ‘lad culture’. It can be quite tempting to dismiss ‘the lads’ as just trying to ‘have a bit of fun’, or even to trot out the tired old cliché that ‘boys will be boys’. And anyway, surely they will all grow out of it, right?

If that was the case, it wouldn’t be asking too much to expect David Willets, who is not only the Minister for Science and Universities, but also holds a number of academic positions, such as that of visiting fellow at Nuffield College, Oxford, to propound a stance on women and education which is very different from one that lad culture implies.

And yet speaking to the Telegraph last year, Willetts asserted that feminism was diametrically opposed to egalitarianism. This claim was made on the basis that women, who would otherwise have been housewives, were taking places at universities that could therefore not be occupied by men. 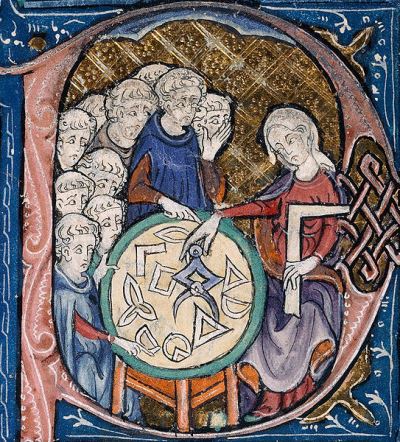 One of the many striking things about Willetts’ belief is how he contrasts participation in higher education with being a housewife. In making the two roles an either/or choice, he ignores those women – and, increasingly, men – graduates who, having obtained a degree and through it a career then choose to stay at home with their families. Instead, he makes the assumption that one has to be either a graduate or a housewife and that the two can never help to inform each other.

Implicit within Willetts’ character sketch of the housewife who has no need for further education is the traditional private/public contrast. This makes use of an old-fashioned notion of what it is to be a housewife – drawing an image of someone connected with the home, family and the domestic. Crucially, this positioning of the housewife within the private sphere removes her (and it is always ‘her’) from the public one and thus also removes her need for, and access to, a public voice.

The opinion voiced by David Willetts can then be placed alongside the Uni-Lad banter about women needing to be quiet and the hecklers at Glasgow University Union who questioned the rights and the abilities of women to speak. On the one hand, women now represent the majority of students at undergraduate level. On the other, their right to a voice within that context is constantly called into question. Inherent within this is the question of whether women should be there at all. This may, in part, be caused by the anger generated by women now outnumbering men. Willetts definitely sees this as unfair for men.

There may be a larger number of female student at universities now but at the Glasgow debating competition, the female competitors were outnumbered two to six. The hostility they faced was simply due to the fact that they were women in an academic setting who tried to participate on equal terms to their male counterparts and who had the audacity to do this in a public setting. We are not so far away from those stories in Robinson’s book about bright, young female students who were allowed to attend lectures but not participate, whose work spaces were segregated and who, no matter how well they did in their exams, were not afforded the public recognition of being awarded a degree.

First image is a photo of women wearing graduation gowns walking down the stairs, uploaded by Flickr user The Library of Congress. Second image is a drawing of a woman teaching geometry with students watching her, via Wikimedia Commons.