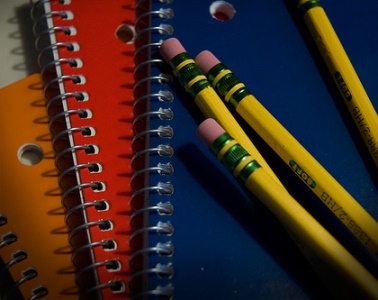 Nervous: when boys think sexual assault is a game

Kate Ledger recently came across a particularly disturbing form of sexist behaviour in the classroom that reflects worrying attitudes towards girls and sex in our schools. Here she outlines the problem and how she and her colleagues have responded

Kate Ledger* recently came across a particularly disturbing form of sexist behaviour in the classroom that reflects worrying attitudes towards girls and sex in our schools. Here she outlines the problem and how she and her colleagues have responded. Please note the post includes a description of sexual assault.

“Miss – why do we have to learn English when we are English?”

As a teacher for the last ten years, I have become accustomed, if not immune, to comments that demonstrate the naivety and ignorance of the students. Usually, I manage to reason with or enlighten them, and we can go about the lesson. They are, as I have to keep reminding myself, only children.

Recently, however, I have been aware of a more sinister, pervasive attitude that is becoming engrained in the young people I deal with. As a pastoral leader for the last four years, I frequently have to deal with fallings out, bullying, and ‘he said, she said’ arguments. In the last couple of years, social networking has been exacerbating these problems – funnily enough, so much so that my colleagues and I refer to Facebook as ‘the F word’. This year in particular, however, Facebook and Twitter have gone beyond allowing silly arguments to be played out over loaded status updates and wall conversations to demonstrating how young people today are overly sexualised and, probably unwittingly, encouraging dangerous sexist attitudes.

From the 12-year-old girl whose horrified mother I had to inform had been sending naked pictures of herself to boys across the internet and via picture messaging, in order to make herself ‘popular’, to the 16-year-old boys competing as to who had the best ‘rape face’ in their English lessons, this terrible trivialisation of female sexuality and sexual violence is scary.

Last week, I had two very nervous 12-year-old girls come to see me in my office. I thought it was going to be the usual ‘so and so has been calling us names’. No – this time, it was to tell me about how they had basically been molested in class by some of their male classmates, as part of a game called ‘Nervous’. Now, I have since heard that this game has been around for a while; people in their twenties that I have shared this story with said that they suffered this when they were at school.

For those of you still blissfully unaware, the ‘game’ is as follows: the boy sits next to or as near to the girl or girls as possible. He then trails his fingers up the girl’s leg whilst she is sitting, aiming to get as far up towards/under the skirt as possible. The moment the girl flinches, or speaks up, is her ‘Nervous’ point. The boy who gets the highest is the ‘winner’. So far, so disgusting.

The young girls who came to me to speak up about this are reserved, shy. They did not feel able to speak up in front of the class or to the boys themselves, for fear of being ridiculed and called ‘frigid’, or even, ironically, a ‘slag’. Girls who do not portray themselves as sexually available, after all, are ‘losers’. Now, I don’t quite know what worries me more; the quieter, more timid girls suffering in silence as they have their personal space invaded in such a way, or the girls who feel they have to allow or even encourage this in order to appear ‘hot’ or ‘popular’. I overheard a woman in her twenties at a recent party lamenting that she had ‘never had [her] drink spiked – was [she] not pretty enough?’ If grown women are conditioned to see sexual assault as an affirmation of their own attractiveness, what chance do 12- and 13-year-olds stand?

I am proud to say that – largely thanks to the strength, wit and comradeship I have encountered since becoming a part of the online feminist community (through websites and groups such as The Everyday Sexism Project) – I now find myself educated and brave enough not just to stand by tutting, or telling these girls to ‘ignore’ the boys and get on with their work, but to try my best to take action. I’m happy to say that my colleagues in the pastoral team (mostly women, but I hope that is beside the point) reacted with horror and with action when I reported this phenomenon to them. The Deputy Head in charge of behaviour (an awesome, tough woman!) immediately called a special assembly with offending year groups, and arranged for our police liaison officer to join her. She also wrote to all the parents, making them aware of the situation. The Head of PSHE is also writing a new scheme of work to try and educate the students (in forms of mixed year groups) of the realities of everyday sexism, and the seriousness of sexual assault and accompanying attitudes.

Will this solve the problem? Probably not. Especially when we are fighting something so widespread and insidious in our society. But as the saying kind of goes, all it takes for evil to triumph is for good women to do nothing. And I know with all the awesome women (and men) out there determined to fight this toxic blight, that will never happen.

*Kate Ledger is a pseudonym.

Photo of pencils and exercise books by Claudia Snell, shared under a Creative Commons licence.