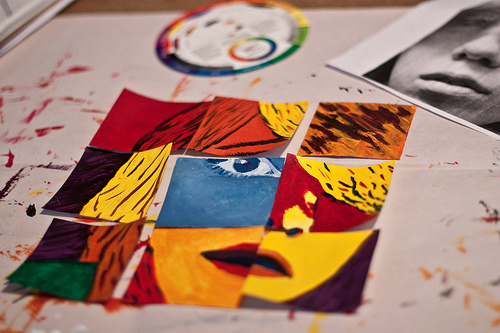 Speaking out, without shame

I have wanted to write this article for a while. It is a response to my cumulative experiences as a survivor of violence and gender-based oppression. This response has been spurred on by the relationships I have fostered, through Twitter and blogging, with women with similar complex and troubled backgrounds who have inspired me by their articulation of anger and determination to survive.

As a trade unionist, I campaign for my members’ voices to be heard, represent members in cases of workplace discrimination and victimisation and provide input into policies to ensure we have workplaces that support women who have been victims of gender-based violence. I’ve found it is easier to campaign and advocate for others than for myself; it provides me an outlet to oppose injustice without having to directly address my own feelings of being historically disempowered and victimised.

Recently, I spoke to a roomful of work colleagues about the importance of ensuring support in the workplace for women who have faced domestic violence or fled a forced marriage. On the panel, I sat next to a manager from a pan-London domestic violence charity and we briefly discussed the importance of having a robust violence against women and girls (VAWG) policy in place. Then for reasons unbeknown to me at the time, I quietly confided in her that I was a survivor. It was an exceptional occurrence, I never tell strangers.

For the first time in my life, my two personas started coming together: the in-control, high-performing, gregarious outer shell and the one that has been hidden deep inside which has been victimised and oppressed and fled a forced marriage. The process of surviving the trauma had split these two parts and skewed my emotional responses and fractured my sense of identity. Of course, I now realise that telling someone who works with victims and survivors of violence on a daily basis is an opportunity for support and solidarity.

During the presentation, I stated that women experiencing gender-based violence are often leading double lives. They come into work and are high performing individuals who hide the ‘other’ life they lead: the life of oppression and struggle that they want to conceal because they feel ashamed of being a victim or because this revelation would make them feel vulnerable. As I spoke, something inside of me broke a little; it was the dam bursting.

I woke up every morning telling myself to leave, but I was afraid: afraid of bringing more shame on my family and of not being able to survive on my own

I have been that woman who conceals a background of honour-based oppression. The essence of this poisonous concept of ‘honour’ is summed up concisely in the film Banaz: A Love Story. The film, by Deeya, documents the life of a young woman in South London who is a victim of so-called honour-based violence and oppression and is eventually murdered by her family because she refuses to live by their rules. An audience member stated during the Q & A that in these situations the honour of a family is perceived to be “between a woman’s legs”; she must therefore be chaste, modest, pure and virginal. Her sexuality is a thing to be feared and controlled. Where control might potentially be wrested away from the family, it is imposed on a woman against her will.

This was my life before I left home. In my family I was seen as the eternal outcast. I was the square peg in a round hole. I never quite fitted in. The distance and the difference between me and my siblings and parents grew as I got older. One day, my sister went through my emails and found evidence that I had a boyfriend; this was like a volcano erupting in my family home. As a perverse way to control me, they threw out all my clothes (mostly jeans and shirts) which were deemed dangerous for being ‘Western’. I was not allowed to see any of my friends and could step outside the house only accompanied by a member of the family.

I was then told that I would have to marry a man from India who I had never met. My objections to the marriage went unheard. I woke up every morning telling myself to leave, but I was afraid: afraid of bringing more shame on my family, of being alone, of not being able to cope, of not being able to survive. This is what oppression does to you: it makes you doubt yourself, takes away your confidence and brings you down to your knees.

I won’t really go into the details of the wedding or of leaving the marriage because, in fact, I don’t remember the specific details of those days. I have what is termed Complex Post Traumatic Stress Disorder (CPTSD), which happens when you have been subjected to on-going trauma over a considerable period of time. Your mind ‘splits’ because it cannot absorb or digest what has happened and it sort of locks it away in a box until you are able to deal with it. Paradoxically, the denial of one’s history and ‘self’ enables survival.

Of course, it is not that tidy. When you are taken back to that place emotionally, it is scary, overwhelming and uncontrolled. The CPTSD was the basis of my diagnosis for Emotionally Unstable Disorder, otherwise known as Borderline Personality, two years ago. This was diagnosed after a crisis point leading to self-harm, compulsive behaviour and emotional dysregulation.

This is the other part of my life I keep hidden. I struggle with my history of oppression, forced marriage and now the mental health diagnosis I have been given. I have struggled to ‘come out’ and be termed disabled and particularly with this impairment which is highly stigmatised. 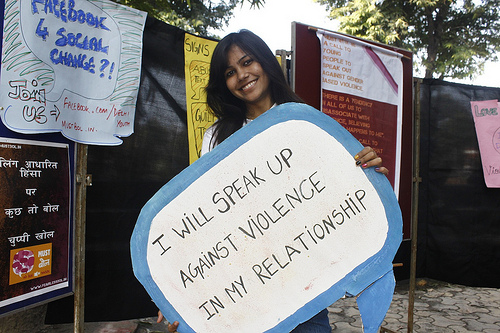 I have had to come out about my mental illness recently because I have been referred for treatment taking place during work hours and I need time off. Coming out happens in stages. I still write this piece anonymously. Maybe one day, when I have progressed in my journey, I will be able to put my name on a similar article.

Gradually, I’ve found that it is through solidarity and sharing stories with other women that the oppression can be fought and slowly overcome. The structures that oppress women also bind us together, be it cultural norms or expectations, or the violence, persecution and discrimination we endure on a regular basis. The solidarity and inspiration I find with women online, through Twitter and blogging, I also eventually found in my everyday life.

Anonymous online relationships have provided me with the courage to finally speak and be heard. Indeed, it is because I have finally been exposed to other stories and experiences that I feel less alone and, bit by bit, empowered to speak out without shame.

There have been people that have had similar experiences to mine. I was encouraged and inspired to speak out by many women, including a woman who fled her family home and is now writing her memoirs on her experiences and a blogger who wrote about that most inhumane feeling of being unloved and rejected by one’s family which I could strongly relate to. Discussing it with the blogger, I could finally find a semblance of solidarity in sharing this burden, because it is a burden that never leaves. I could share and explore the entirety of my experiences rather than just the functional outer persona I had projected for as long as I can remember.

Feminist discourse has provided me the vocabulary to articulate the injustice and oppression I have experienced. It has crystallised how race, faith, disability, sexual orientation, socio-economic status, trans identity and so on can further exacerbate the oppression women experience. Understanding the impact of cross-cutting inequalities and learning from other women who have had the courage to share and articulate their anger and determination to survive has given me the impetus to share my own story.

It is only now, ten years after I left home, that I am starting to get a sense of the emotional cost for survivors of honour-based oppression, including forced marriage. It is through solidarity and sharing experiences with other women and understanding the cross cutting inequalities we experience as women of colour, women of different faiths and disabled women in an endemically patriarchal society, that I am able to start piecing together a narrative to articulate my experiences.

I realise it is not enough to merely survive and get through each day. One must live, truly live and embrace life. For this to happen, a history of oppression and being silenced cannot continue and must be addressed.

Zarina is a writer, activist and film and politics junkie