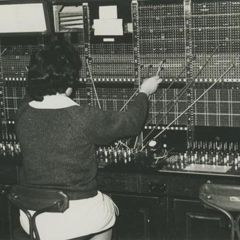 This week’s closing video is ‘How six women did something incredible to save the Arctic’, Greenpeace UK’s behind the scenes look at the recent ‘IceClimb‘ of The Shard in London:

Image attribution and description: The image at the head of this post is called high_street_telephone_exchange_baker_bernadete_c1967. It is a monochrome photo of a woman operator working at a telephone switchboard which was found at Gawler History’s Flickr photostream and is used under the terms of the Creative Commons Attribution-ShareAlike 2.0 Generic license.