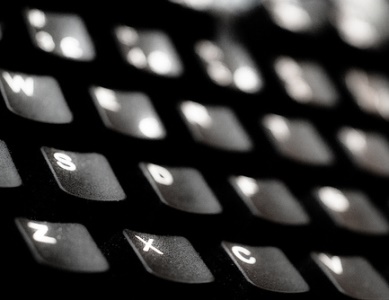 Let’s begin with something fairly obvious. There is no feminist “party line”. OK. There are some issues where it is more likely, on the whole, that women and feminists will lean one way rather than another – but scarcely an issue where there is not argument, debate as to what best protects the interests of women and children.

Even so – and a friend emailed me just yesterday expressing her distress that this was the case – there are times when individuals or groups are silenced, effectively shut down because they have asked the wrong question in the wrong forum. As she put it, succinctly: “we will not succeed by silencing dissent”.

What struck me was the way in which various of the press cleared the decks to condemn his proposals. Across the lefty press, a full-on libertarian broadside, with blokes very much to the fore.

Subsequently, I was one of the movers behind Consenting Adult Action Network (CAAN). More a disorganisation based on a simple principle – that the government had no business interfering in the bedroom doings of consenting adults – than a specific campaign, I was very keen to keep it away from adopting detailed policies, for much the same reason as I am blogging now.

The libertarian argument is easy. It’s just the simple a priori view that letting it all hang out in any way you please so long as you don’t obviously do harm to others is OK. But there are counter-views: views that emerge from feminist analysis that suggest while the core proposition in terms of leaving consenting adults alone is OK, it is also problematic. That such freedoms can be abused.

That consent is a slippery beast and cannot be regarded as something we all understand and easy to pin down. Agency. Autonomy. They play a part too, as well as power imbalance in relationships. So I managed a tricky balancing act, politely rebuking those who would dub certain supporters “feminazis”. Explaining that if they were, so was I: because I am not a libertarian. (All praise to Catherine McKinnon for showing how free speech can so easily mutate into patriarchal oppression.)

Which brings us full circle. The current debate, which appears now to have been handed back to the guys, is likely to be caricatured into free speech vs. censors. Women’s voices will be slotted in as cliché: apple-pie mom vs. slutwalk liberated lass. Insofar as women will be heard at all, it will too often be as stereotype – and that would be wrong. Utterly.

Along the way, we need to avoid two traps: allowing ourselves to be reduced to stereotype, as above; and believing, alleging that those who fail to follow OUR particular party line are bad feminists. Not true. And not feminist.

Photo of a computer keyboard by Mikkel Ronne, shared under a Creative Commons licence.