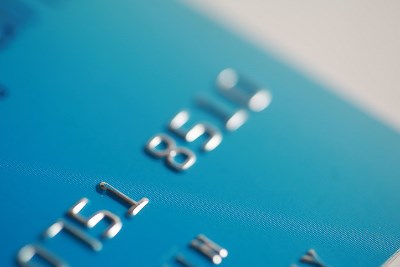 Ms: is it really so difficult?!

By Amanda Chan. Amanda is a 22-year-old graduate working in museum education. Follow her on twitter here.

I have various bank accounts, and all of these banks refer to me as Miss Chan. I despise the title “Miss” – I find it both patronising and patriarchal. I won’t go into the reasons as to why I detest the title so strongly, but for an excellent explanation, read Margaret Felice’s “Why I hate being called Miss”. Every time I received a bank statement, or pulled out my bank card to see the title “Miss”, the feminist inside me would feel a niggling dissatisfaction; I decided enough was enough.

A phone call to NatWest proved rather unsuccessful. After explaining my request, the advisor asked: “Have you got married recently?”

“No,” I replied, “I’m not married, I just want to change my title from Miss to Ms – it’s just a personal preference.”

“Oh, so no one knows if you’re married or single, that type of thing?”

“Yes, I just have a personal preference for Ms, and would like my bank cards and correspondence to reflect this.”

At this point I could feel the blood boil beneath my skin. How dare she trivialise my requests! I explained once more that I am not Miss Chan, I had made a conscious decision to use Ms, and that my bank should respect this. Her response was this: “We don’t allow this change on the system without official proof that you’ve changed your name. I’m afraid we can’t help you, Miss Chan.”

Determined to pursue this further, I visited my branch in-store, and remarkably, the staff at NatWest were able to change my personal details instantly, no questions asked, and my newly corrected bank cards were sent out to me within a few days.

Next, I tackled HSBC. A visit to the branch proved rather fruitless. Speaking to the customer service advisor, I asked her how I should go about changing my personal details from Miss to Ms.

“Have you just got married?”

“No, but I use Ms instead of Miss. It’s a personal preference.”

“Well without proof of your change of name to Ms, we can’t change your person details.”

After further discussion, she explained: “As far as I’m concerned, you’re Miss until you’re married, then you become a Mrs, and then if you get divorced, you can become a Ms” – she even wrote out each title for me as she said it, as if explaining the alphabet to a toddler. Refusing to give up, I explained as calmly as I could, that “Ms” was used for women regardless of their marital status, for those women who see marital status as entirely irrelevant to one’s identity. At this point, seeing that I was refusing to accept defeat, she rang her managers. Again, they told me the same thing. “No change of name without evidence of a name-change.” At this point I changed tact – what if I were to bring in a letter addressed to me from an official organisation, such as HM Revenue and Customs, showing my title as “Ms”; surely this would then “prove” that my name was Ms Amanda Chan? She sighed at me, and as if to humour me, said “If you can bring this in then yes, we will fill out a change of name form for you and process it.”

I vowed to return with the proof that I was indeed a Ms, and not a Miss, and hurried home to find a letter from HM Revenue and Customs, which was listed on a HSBC leaflet as official proof of identification. On my return visit to HSBC, I was told once again that this change would not be possible without evidence of a name-change. After 40 minutes of discussing this with various staff members, I was finally able to convince them to change my title on their database, and my new bankcards with my preferred title were sent out to me the following day.

I’m sure there will be many who think that going to such lengths just to change a few letters before my name was completely pointless and trivial. Of course, compared to more serious women’s issues, the matter of Miss or Ms could easily be deemed insignificant. However, feminism is about choice. Women have the right to choose their title, be that Miss, Mrs or Ms. A bank has no right to demand to see evidence of such a decision, and indeed, there is no supporting evidence that can prove a woman’s decision to adopt the use of Ms. I choose to have an identity separate to my marital status. I choose to be recognised as an individual, regardless of whether or not I have made a life-long commitment to a man, and there is nobody on this planet and certainly no bank, who has the right to tell me otherwise.

Blurred image of a bank card by Ed Ivanushkin, shared under a Creative Commons licence.