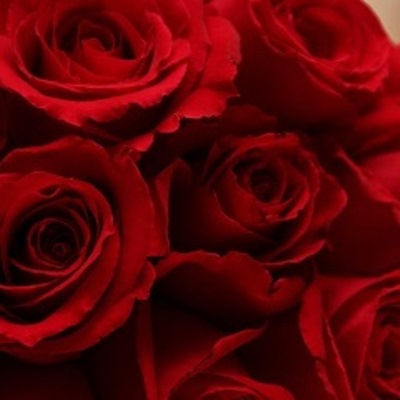 Romance, misogyny and near misses

I once had a boyfriend who threw a bike at my head then punched a wall. I am really glad he did this, because it allows me to say of that relationship ‘It was clearly abusive and that man was (is) a horrible person’.

In reality, the bike-at-head incident was one of the least awful moments of that whole year long shitshow (it wasn’t even the last). But the thing is, I’ve tried it, and nothing sounds pettier than: ‘It was so stressful, he would constantly break into my building to leave me flowers, would wait for me outside meetings and stuff to cycle me home and once snuck into my kitchen while I was out in order to put all my biscuits into tupperware’.

The timing of this relationship’s untimely demise (untimely in that it was a year late) was such that I spent a year away from my friends and family almost immediately afterwards and came back a lesbian feminist activist.

They were all naturally intrigued and their first assumption was that he had broken my heart in the traditional manner of dumping me, leaving me unable to even contemplate finding another man who could compare. As far as they could tell, he couldn’t have been a better ‘catch’: a real, old-fashioned gentleman. Strong, silent type. Provider.

It never took long to explain that the lesbian stuff had always been there (I just had to whip out photos of me from the five years I spent almost entirely in drag between the ages of four and nine. Or remind them of how excited and then freaked out I used to get when I Kissed a Girl would come on). It was a lot harder to smack down the exclamations of ‘Your poor ex!’ which would then ensue. I’d be like ‘No you don’t get it he was constantly telling me how much he liked my (lack of) weight and turning up unexpectedly whenever I had engagements. He would wake me up in the middle of the night because I wasn’t spooning him enough’ and they’d be all ‘Aw, he was such a sweetie. I bet you loved it at the time. I don’t know, you feminists with your hatred of all things romantic *eyeroll*’. Then I’d be like ‘he threw a bike at my head’.

At this point I want to draw out the problematic thing going on in these exchanges: my conversation partners’ idea of ‘romance’ is literally the stuff that was oppressing me. Fine, most of the time people agree that throwing a bike at your girlfriend’s head is a no-no (although you’d be surprised how many people think my turning out to be a lesbian somehow retrospectively excuses it: ‘It must have been so frustrating for him’). But almost none of the time do people agree that it’s exactly the kind of thing a man who thinks his girlfriend isn’t giving him enough attention when she’s unconscious would do. Even though the reason he threw a bike at my head was because I got up to go to a lecture instead of staying in bed to have sex with him and the ‘overarching attitudinal characteristic‘ of abusers is entitlement.

A sense of entitlement is also foundational to Western ideas of romance. Read any Courtly Love poetry recently? Nice Guys predate OK Cupid by nearly a millennium, probably more. ‘Oh, it’s so unfair, she won’t have sex with me even though it’s killing me, the selfish bitch’ is the essential theme of the stuff on which we’ve modelled our ideal of romantic love as a society. It may be less obvious in the modern trappings of romance, but classic romantic gestures rely on the idea that women should be grateful for men’s attention. They are, after all, gestures, gifts. Everyone knows it’s bad manners to refuse a gift, no matter how much you don’t want it.

This is such a problematic construction: women are recipients – the lucky bitches should be grateful for what they get – but recipients are also passive, so if being a recipient is built in to the whole idea of who you are romantically, so is passivity. Women in Europe anyway have been taught since the 12th century that not only should we be grateful all the time, but even if we’re not actually, we shouldn’t think there’s anything we can do about it.

Happily, there are now initiatives like Hollaback which are trying to change that. We mustn’t underestimate how important they are. I was recently introduced to the concept of the Misogyny Triangle, which uses an analogy with health and safety laws to demonstrate the tactical importance of addressing the everyday sexism which forms background radiation to women’s lives. In health and safety parlance, to avoid accidents and deaths in the workplace, the best bet is to reduce the number of near misses. In the parlance of my abusive relationship: if I had felt able to refuse my boyfriend’s invasive ‘romantic gestures’, I would have walked away before he threw a bike at my head. And if that bike hadn’t missed, I could well be dead. I shouldn’t have had to wait for that to happen before being able to say ‘this is abuse’.

Close-up photo of a bouquet of red roses by jaredkuper, shared under a Creative Commons licence.