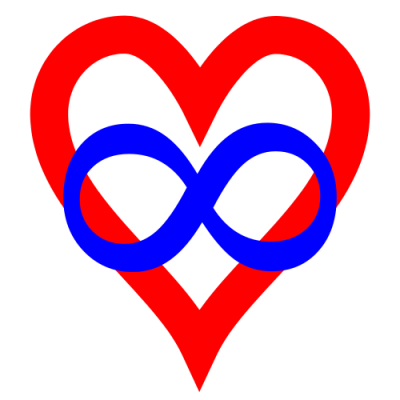 What non-monogamy taught me about the ‘sex-positive’ movement

I don’t believe in monogamy. Not for myself. I won’t promise anyone with whom I’m sexually or romantically intimate that, no matter how I feel in the future, or what kind of chemistry might arise between me and someone else, I won’t act on it if it’s sexual or romantic.

I promise to always be honest with my partners, because that’s crucial to consent (that you always know what you’re signed up to). I promise not to leave them in the lurch or betray them. I promise to respect them and nurture their self-esteem. But I don’t promise them anything about my relationships with other people. No one has ever offered me a satisfactory reason for why I should. I can’t rationalise it to myself.

That’s my short answer if anyone asks me why I don’t do monogamy: I can’t rationalise it.

Monogamous people, blindsided with having to question their own hegemonic lifestyle for once, hate that answer. People who would never dream of criticising my other sexual choices (most controversial of which being to sleep with other women) will tell me that I’m being selfish, pretentious and naive: monogamy is human nature.

Alarm bells always ring for me when anyone mentions ‘nature’ in an argument. All kinds of oppressive shit is allowed to fly under the banner of being ‘natural’ – like traditional gender roles and heterosexism – but it’s if something’s ‘unnatural’ then it becomes synonymous with undesirable.

That’s why I steer clear of the ‘born this way’ argument, whilst recognising that being able to do so betrays the relatively privileged position I’m in: there are too many people in the broad church of ‘not-exactly-straight’ who are only surviving on the clemency of a society which (just about) refrains from punishing people for what it thinks they ‘can’t help’.

I can help it: I could not sleep with other women and I’ve been in monogamous relationships. But my current sexual choices are valid regardless.

That doesn’t mean every sexual choice is valid though. For example, I have no time for anyone who peddles ‘child love’ as a sexual orientation that should be tolerated because sexuality is ‘immutable’.

Sexuality, no matter how supposedly immutable, is not above scrutiny and this is where my problem with the ‘sex-positive’ movement comes in.

My problem is not with most common definitions of that movement: any consensual sexual act may well be potentially positive (I struggle to think of a consensual activity that isn’t).

But that doesn’t mean it can’t also be potentially negative.

I’m a sex realist: a lot of sex isn’t positive (but also isn’t rape: a quick example would be someone deciding to have sex – or a particular kind of sex, or sex with a particular person – out of curiosity and not, as it turns out, enjoying it: this can’t just be me). Some people wouldn’t find any sex positive: they’re not ‘missing out on an essential part of being human’, or any of the other nonsense people come out with about sex.

And you know who particularly like to come out with that nonsense? Rape apologists. Rapists ‘can’t help themselves’, their sexual urges are ‘immutable’, it’s just ‘human nature’.

No. We have to own our sexuality and take responsibility for whether we act on its urges. It is not above scrutiny. Our kinks and fetishes and fantasies do not necessarily get a free pass.

A lot of ‘sex-positive’, pro-porn, anything goes campaigners are vehement in their faith that people always keep their sexual fantasies about raping separate from the sex they actually have. But I don’t buy the idea that what goes on inside your mind (also known as thought) has no effect on what you do. After all, a lot of rape does actually happen, and I imagine it’s something rapists think about outside of when they’re doing it.

Nothing should be above scrutiny, not even sexuality.

Image of a red and white heart with a blue infinity sign (a symbol of polyamory) by Ratatosk, shared under a Creative Commons licence.