Implications of austerity on LGBT people in public services 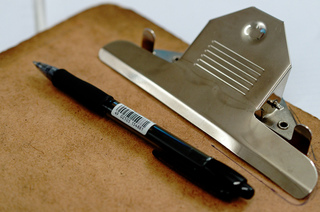 UNISON, the UK’s largest public service union, is used to campaigning against cuts in public sector spending, and reports and takes action against many of these “austerity measures” imposed by the government. They have become aware, however, that there is very little information available about the specific impact that the cuts are having on lesbian, gay, bisexual and trans* people.

Because it is clear that both women and disabled people are being hit incredibly hard by the public spending cuts, it makes sense that other minority or oppressed groups could also be being badly affected. UNISON’s research aims to discover whether that is the case with LGBT public sector workers or service users. They explain:

We are all feeling the effect of cuts in public spending, but there is little record of the particular effect on lesbian, gay, bisexual and transgender people.

Taking part is completely confidential and no individual or organisation will be identified.

What is the research about?

The implications of austerity – cuts in public and voluntary sector funding and budgets – may be far reaching, but little information is available about how it affect LGBT people, beyond anecdotal evidence.

UNISON has commissioned this study to find out more about how the austerity measures of recent years have affected lesbian, gay, bisexual and transgender people.

Key aims of the study are:

Who can take part?

Any LGBT person aged 16 or over, who has accessed publicly funded services in the last two years.

Anyone who has provided publicly funded services to LGBT people in the last two years; either specific services targeted at LGBT people or mainstream services accessed by LGBT people.

If you are unsure if you are eligible to take part, please contact the research team who will be happy to help you.

If you define as LGBT, if you want to contribute to this research, and if you have used or provided public services in the last two years, you can find out more and take part here.

[The image is a photograph of a clipboard and a pen. It was taken by Dave Crosby and is used under a Creative Commons Licence]