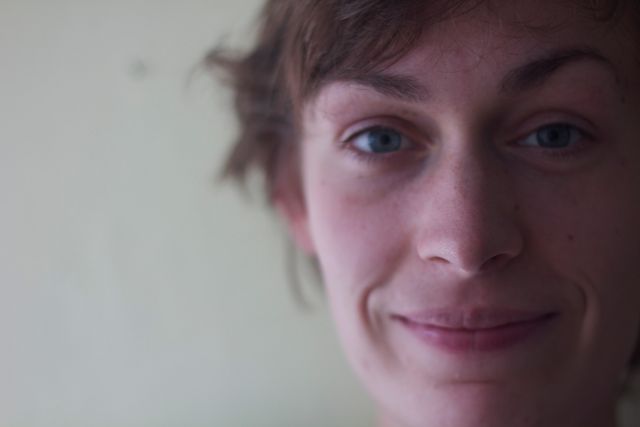 With three operas already written, 23 year old composer Kate Whitley is part of a “bold new breed” bringing classical music out of the concert hall and into new contexts. Claire Hazelton talks to Kate about her work and her hope to use her status as an outsider in a male dominated field to help create change.

The women brought to life by the operas of young composer Kate Whitley and her librettists seem unbreakable. They exist in strange settings: as protagonists of twisted and bizarre love-stories, tales of lovesickness and tragedies about destruction and violence. In one of her three operas, a sci-fi dance-opera titled Terrible Lips (libretto by Finn Beames), the boundaries of reality break down into dystopian fantasy. Ssol, the central character, discovers a frequency that has the power to destroy and transport her body to another dimension. She raises an army of women who, dancing, stamping and screaming, begin to tear apart the universe together. These dark and often obscure themes – violent apocalypses, objectum-sexuality and torture – are carried across and brought to life by Whitley’s disturbing, haunting, brutal, yet beautiful scores. The women are ultimately all tragic and dark, yet also powerful and resilient; their stories emerge so strongly only through Whitley’s exquisite command over sound.

“Opera has been one of my main areas for a little while,” explains Kate. We’re sitting in King’s Place surrounded by suited people on lunch breaks and Kate is facing me, perched on the edge of a sofa. “After leaving school, during which I went to Junior Guildhall, I was really undecided between going to Cambridge and going to Manchester University where they run a joint course with The Royal Northern College of Music. I eventually chose Cambridge but I spent the first year trying to leave to go to Manchester. But then, a friend told me how, whilst he was at Cambridge, he’d put on his own chamber opera and I remember thinking ‘Wow, that’s the coolest thing I could ever imagine doing…'” Kate laughs. “I decided to stay at Cambridge and to make the most of it so I put on three chamber operas all in my last year. I crammed in the last one just before I left!

“Bonesong was the first opera; it’s the only piece I’ve ever written co-composed with someone else. I worked with Joe Snape [classical percussionist], who writes electronic music. He wrote the electronics, I wrote the other parts and we designed the piece together. That was put on by Carmen Elektra, an opera company that I started in Cambridge and we put it on in Cambridge Zoology museum.” I ask Kate about the plot of the opera and she smiles. “Well… It’s about a vulture eating a child and turning the child’s carcass into a musical instrument in order to seduce the child’s sister. Joe made up the story.” Kate’s smile spreads wider and she laughs, acknowledging how strange her operas might sound when she talks about them.

Close-up headshot of Kate Whitley smiling in front of a slightly blurred white background. Her face is clear, while the blurred focus spreads to the left side of her head. By Christopher Stark and shared under a Creative Commons license.