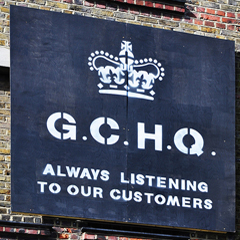 The recent revelations about the extent to which our everyday internet usage is subjected to interception, evaluation and retention by various government agencies have been hard to avoid. Many peoples’ reaction seems to have been to shrug and continue with everyday life; a response which – although understandable, given the great British public’s stereotypical apathy and fatalism – ultimately maintains the status quo.

My own reaction has been a little less muted: that someone – anyone – might, one day, become radicalised and politically active seems to be the only justification needed by the powers-that-be to accelerate the imposition of a totalitarian regime on the entire population of the UK – and this is something I personally consider to be completely unacceptable. Is this really the only available option? Really?

Of course, none of this is anything new, state surveillance has in all likelihood been happening for centuries, but it’s certainly been documented from the UK suffragette movement a century ago, through to the Greenham Common Women’s Peace Camp in the 1980s and it continues to this day, sometimes at great personal cost to individual campaigners.

As might be expected, the methods of surveillance have grown and expanded as new developments in technology have come online and, as activists have taken up the internet as a tool for organising, monitoring techniques have kept pace. In fact, looking at the NSA files, it’s clear that surveillance methods have now far outstripped the resources available to campaigners and activists, to the point where many are now wondering just who the real enemy is. Is it the potential terrorist who downloads bomb-making instructions, or is it the hapless people who inadvertently enter the “wrong” keywords into a search engine – or is it some random feminist blogger bashing out a grumpy post about the growth of the surveillance state?

The short answer is “all of us”. In the light of recent comments emanating from the Home Office about the detention of David Miranda (the partner of journalist Glenn Greenwald who has written a series of stories revealing mass surveillance programmes), we now know that if we’re not with the state, then we’re de facto against it. 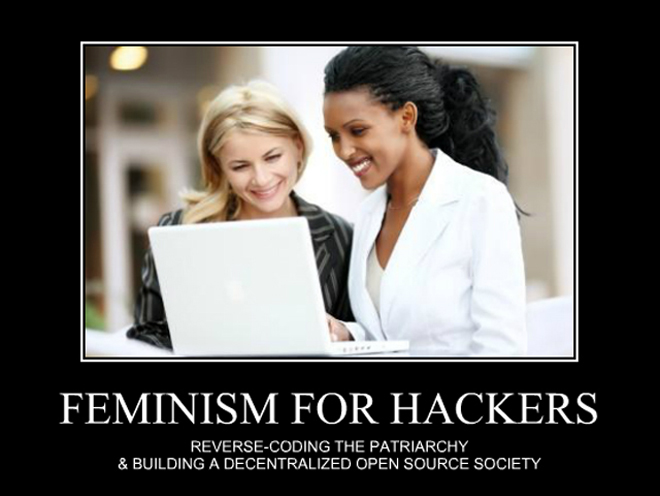 “But, Helen”, you might ask, “why should I care? I’ve got nothing to hide.” To which I might tartly reply that you haven’t been paying attention. At a reductivist level, everyone has something to hide – why else do we have bathroom doors, and curtains on our windows? Would you give me your debit card details and PIN number if I asked? The point is that, even if you think you’ve nothing to hide and therefore nothing to fear, the surveillance state may not agree with your analysis. Even though we may believe we’ve done nothing wrong, digital technology can very easily be manipulated to distort our online personae and harm our reputations while those close to us may be subject to accusations of guilt by association. And the surveillance state doesn’t need much reason to consider you a risk.

I know this is all a lot to take on board, but when the penny finally drops that we truly are all potential targets now, as it did with me a couple of weeks ago, I realised that – even though I wouldn’t be able to stop the security forces kicking my door down in the middle of the night and carting me off to some interrogation facility, or confiscating all my electronic equipment – I could at least take certain steps to make my online presence and activities as secure as possible. Which, I know, isn’t completely secure but it’s still a lot better than it has been. So, what can we do to protect ourselves online?

There’s actually quite a lot – and much of it doesn’t require an advanced technical knowledge. Here are a few ideas to get you started:

This shouldn’t be taken to be either an authoritative or definitive list (for example, I haven’t touched on instant messaging or video calls). And although 100% secure internet usage just isn’t possible, if you can make these and other similar changes to your web browsing habits, you can significantly enhance your online privacy and security.

Image and video attributions and descriptions:

The image at the head of this post is called GCHQ/Always listening. It is a photo of a piece of street artwork in the form of a board fixed to a brick wall between two windows. The board is painted black overpainted in white with the symbol of a crown, beneath which are the words “G.C.H.Q. Always listening to our customers”. The image was found at George Rex’s Flickr photostream and is used under the terms of the Creative Commons Attribution-ShareAlike 2.0 Generic license.

The poster-style image Feminism for Hackers was made by Helen. It shows a generic photo of two smiling young women dressed in business suits sitting side by side at a laptop. The image is surrounded by a black frame bearing the caption “Feminism for Hackers – Reverse-coding the patriarchy and building a decentralized open source society”

The video is of The The performing ‘Heartland’ from the 1986 album Infected.