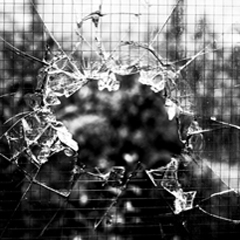 A guest post by Nanki Chawla about the effect of the privatisation of public services on women.

This is a guest post by Nanki Chawla, who is completing her Msc in Human Rights at the London School of Economics, whilst also working part-time with Kazuri Minds, a think tank which focuses on gender issues. For more information about Women v The State (UK) or to provide an account of gender discrimination due to privatisation or austerity cuts, please contact her on [email protected], or follow her on Twitter (@nankichawla).

Recent media reports have highlighted how big outsourcing companies like G4S and Serco are failing to deliver on public sector contracts, and even, making services worse. This is bad news for all citizens of the UK, but particularly for marginalised groups who suffer systemic injustices. Despite being half of the country’s population, women continue to be one of these groups, and recent findings have proved that women are particularly disadvantaged by privatisation.

Women have been disproportionately affected by the economic downturn and by austerity measures, with twice as many women as men losing their jobs in the public sector, and the female unemployment rate at its highest for over 25 years. Women are also doubly impacted as mothers and carers providers by austerity measures, with vulnerable women (PDF) – many traumatised by violence and abuse – the hardest hit. A recent damning report by the think tank the Institute for Government has drawn attention to the many problems with the government’s current programme of privatisation. Outsourcing contracts to organisations that lack the experience, expertise and even willingness to provide effective services is suggestive of the questionable direction the welfare system is being taken by successive governments. The unremitting focus on cutting costs shows a shocking disregard for the many human beings who are suffering and for whom this welfare is (in many cases, literally) a matter of life and death.

One such example of this is Anna, a Nigerian woman, who was trafficked into the UK as a sex slave and fled her captors to seek asylum in 2010. She and her young son have been forced to move five times in six months as a result of the failure of a private subcontractor to pay their rent, electricity and utility bills.

Stories such as hers are sadly not unusual. I recently worked with Kazuri, a social enterprise with a focus on housing as a human right, on a report entitled “Carers or Captors?” (PDF) highlighting the UK asylum system’s abysmal failure to protect women. Many of these women are seeking asylum because of the extreme ordeal they have already suffered, and are thus particularly vulnerable to re-traumatisation. G4S, one of the largest security companies in the world, won £324m out of a seven year £620m contract to house asylum seekers, and has made more than £1.5bn over five years from government contracts in the UK alone. The prospect of large profits awaiting private sector organisations suggest that they will continue to express interest in public sector contracts, but continuous outsourcing belies any real governmental interest in welfare. The report indicates their apathetic attitude towards providing a standard of housing fit for human habitation; this coupled with their policy of intimidation and harassment suggests their motives are unlikely to be altruistic.

When female asylum seekers have been evicted because firms contracted by G4S have failed to pay rent, when a G4S guard involved in the death of a 15 year old is promoted and is behind an application to open a privately run children’s home, and when the government allows known intimidators of vulnerable women to run rape crisis centres, it is time something is done. Evidence given by Stephen Small, the Managing Director of the contract for asylum seeker housing, to the Home Affairs Select Committee looking into the Compass housing contract confirms G4S and Serco are running housing for vulnerable people as loss leaders, in order to get a foot in the door to provide large social housing contracts to vulnerable communities. It should be obvious and yet must continue to be said: security and outsourcing companies have no place in a sector whose responsibility it is to provide welfare to the most marginalised and vulnerable people in our society. Following Kazuri’s report, Margaret Hodge, MP, chair of the UK government’s public account committee, has called a public inquiry into the UK Border Agency’s COMPASS contract and into private sector delivery of public services. Whilst this is an important step, public pressure must continue against privatisation of public services to stop this entrenched institutional bias against women and other marginalised groups. This bias silences thousands of women, often doubly marginalised for their colour, race, ethnicity or social background.

For this reason, in collaboration with Kazuri, I will be co-editing Women vs The State (UK), a compilation of women’s true accounts of injustices suffered due to the privatisation of public services and unfair austerity measures. We intend to shatter the silence around the outsourcing of government contracts, and their sickening effects on the most vulnerable members of UK society. This book will also form part of the evidence base for a broader campaign supporting a formal public inquiry into the procurement, commissioning and monitoring of public services by large private sector companies, to be launched in the House of Lords in November.

These companies continue to abjectly fail to provide services, violate the human rights of the most vulnerable and be paid for the privilege with impunity. Private companies with such dismal human rights records must no longer be awarded public sector contracts, unless uncompromising measures for accountability and monitoring are put into place.

Image attribution and description: The image at the head of this post is called Shattered bokeh. It is a monochrome photo of a piece of broken security glass, through which can be seen the outside world. It was modified by Helen from an original photo by [email protected] under the Attribution-NonCommercial 2.0 Generic license.