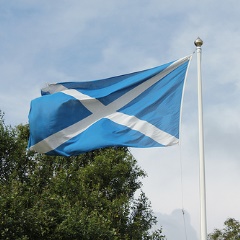 Would Scottish independence be bad for women’s health?

By Ana Hine. Ana Hine graduated recently with a First Class BA in Art, Philosophy and Contemporary Practice from the University of Dundee. She is keen to become a full-time professional journalist and blogs at anahine.wordpress.com. Ana enjoys cups of tea, LGBT movies and making placards.

One of the problems with discussing how Scottish independence might affect “women’s issues” (aside from “women’s issues” often being issues that merely affect women more than men) is that the Scottish parliament already has devolved power in the areas of health and justice, so independence may make little difference to women as women. However, looking at the differences in women’s health provision north of the border can give an insight into how important the health of women is to the majority nationalist government, the SNP, and what might happen in an independent Scotland.

Abortion is legal in Scotland as per the Abortion Act of 1967. According to a recent “Abortion Statistics” report from ISD Scotland and NHS Scotland from May 2012, 70% of abortions are performed here at less than 9 weeks (less than 63 days) of gestation. This means that the majority of unwanted pregnancies in Scotland are being noticed and dealt with quickly.

However, there are some issues with provision of late-term abortions in Scotland, with women often having to access them across the border in English clinics. Abigail Fitzgibbon, Public Policy Manager of bpas (the British Pregnancy Advisory Service) says: “To be honest, women struggle to access late abortions now so I don’t think Scottish independence would make any difference”. She explains that the danger is that the Abortion Act might not apply in an independent Scotland: “Abortion is quite unusual because it comes under criminal law. You need the Abortion Act to be able to provide the services – without it you would lack the legal defence”. Contraception provision is not a legal matter, but abortion is, and Ms Fitzgibbon calls for legal clarification on the issue. She mentions how, at Westminster, the MP Nadine Dorries is “constantly trying to put barriers in women’s way”, and worries that post-independence the same thing might happen here: “I guess it depends what would happen to legislation. You might get private members bills trying to lower the limits”.

Although birth control is free throughout the UK (provided you go to your GP, sexual health clinic or NHS walk-in centre) all prescriptions are free in Scotland. This means that things like folic acid for those looking to conceive or HRT (hormone replacement therapy) for those going through menopause are free in Scotland, but not in England. “It is indeed true that HRT prescriptions, and indeed all prescriptions, are currently free in Scotland but not England,” says gynaecologist Dr Heather Currie, the managing director of Menopause Matters Limited and honorary secretary of the British Menopause Society. She also mentions that in Scotland there is no commissioning, which means that women can be referred “easily” to secondary care specialists when they need to be, without a payment process in between. However, she qualifies this by saying that “Most menopause care does anyway take place in primary care and it does not necessarily mean that women in England will not get specialist care when needed, but the process is different”.

Another area where the process is different north of the border is in the area of cancer screening. Whereas in Scotland women are invited to attend their first cervical cancer screening at age 20, women in England don’t get the invitation until they are 25. Yet, the current plan is to bring the age range and frequency of screenings for cervical cancer in Scotland in line with those in England, rather than the other way round. The justification given is that the current HPV (human papillomavirus) vaccination, which is offered to all girls aged 12 to 13 in the UK, means that screenings before the age of 25 are unnecessary. In terms of breast cancer, the age range is the same across the UK, at 50 – 70, with a trial currently taking place in England looking at the benefits of extending breast screening to 47 – 73. In both regions, bowel screening kits can be requested and older women can self-refer for a breast screening with mammography.

So, would an independent Scotland be bad for women’s health? Well, as things currently stand it seems that in certain areas of health provision it may be better for a woman to be resident in Scotland rather than England. Especially for menopausal women under the age of 60, there appear to be a number of benefits to living north of the border. However, the uncertainty surrounding legally contentious issues such as abortion provision means that we should be cautious before assuming that an independent Scotland would deliver the same standard of healthcare as women here enjoy today.

Photo of the Scottish flag by the Bridge Family, shared under a Creative Commons licence.