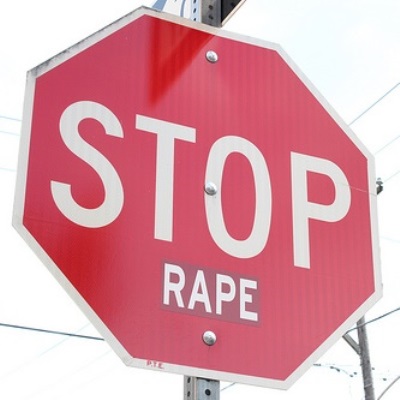 “Not guilty” does not mean she lied

Coronation Street actor Michael Le Vell was yesterday found not guilty of raping and sexually assaulting a child. Since the verdict was announced, the Internet and media have been awash with assumptions about the child in question. She is a liar. She made “false allegations”. She “wants more drama in her life”, as Le Vell himself suggested.

There is no proof to back up these accusations. All the “not guilty” verdict tells us is that the jury were not 100% sure that Le Vell committed the crimes of which he was accused.

In a rape trial, it is the prosecution’s responsibility to provide sufficient and strong enough evidence to convict the defendant. The alleged victim’s testimony is part of this evidence, but their role in the case is as a witness: they are not being put on trial for accusing the defendant. If there is insufficient evidence to convict, the fault lies with the prosecution, not the main witness.

It is therefore a huge, inaccurate and misleading leap to assert that the girl in the Le Vell case made “false allegations”. As Director of Public Prosecutions Keir Starmer pointed out earlier this year, false allegations of rape are very rare – accounting for less than 1% of all cases – yet the myth that women and girls frequently lie about being raped persists.

It is a myth bolstered by the kind of beliefs about rape and rape victims trotted out by Le Vell’s defence. According to the Guardian:

Le Vell’s barrister, Alisdair Williamson, poured scorn on what he said was a number of inconsistencies in the complainant’s account of being attacked.

Williamson said the girl had told one family friend the attack happened when she was 10, and told other people it happened 10 times. He said: “There’s an agonising lack of detail from this witness. She can’t give you details because it did not happen, and that’s why her story varies according to who she’s talking to.”

Williamson added: “Had she really been raped as a young child it would have been extremely painful. There wasn’t even a muffled scream. She just didn’t make a sound. Is that real?”

The expectation that a victim of repeated sexual assault – let alone a child victim – should be able to remember the exact details of what happened and when fails to take into account the damaging and long-lasting effects of such violence. It is very common for people who suffer sexual abuse to psychologically block out what happened in order that they can continue to function, and post-traumatic stress can play havoc with one’s ability to recall and describe the trauma in question. As for the child not making a sound, this is based on the assumption that all victims will respond to rape in the same way. Some may indeed scream in such a situation, but others may simply shut down. There is no right or wrong way to respond to abuse.

While the inconsistencies in the girl’s account may have contributed to jury members feeling they could not be certain enough of Le Vell’s guilt to convict him, they do not mean she is a liar.

To interpret the outcome of this trial as a case of false allegation is wrong. This obsession with false rape accusations persists because it allows men to rape and sexually assault women with impunity. It helps maintain the illusion that sexual violence is a rare occurrence. And it enhances the stigma suffered by victims, detering them from seeking justice.

We need to stop treating women and girls who report sexual violence like criminals and start facing up to the reality that too many men – ordinary, everyday men – make the choice to rape and abuse.

Photo of a “stop” street sign with a sticker reading “rape” under the word “stop” by Steve McLaughlin, shared under a Creative Commons licence.