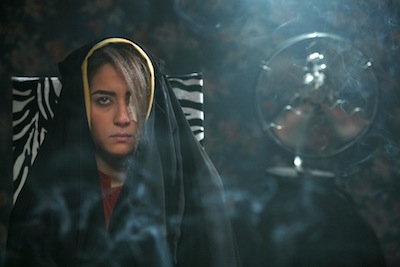 One. Two. One, Mania Akbari’s 2011 feature, has been re-released after a difficult birth that included the banning of the film in her native Iran, a country famously hostile to forward thinking artists and those seeking to make overt social commentary. In Akbari’s own words, filmmaking in Iran is like “open heart surgery…your life is in danger every second”. By Western standards, the film is fairly tame and certainly not one that is going to be slapped with a Certificate 15, let alone banned. It raises some interesting questions about women’s rights and society as a whole.

Ava (Neda Amiri) is a university student in Tehran. As the film opens, we see one of Ava’s eyes gazing out blankly from beneath a face pack at a well-to-do beauty salon, the other hidden by a judicious slice of cucumber. Women chatter about plastic surgeons and face cream while Ava mulls over current beau Mani and former fiancé Rahim (Hassan Majouni), the man who threw acid into her face in revenge for seeing her with a new man.

Over the course of the film, we see the complex relationships between the main characters played out over a series of tight dialogues: Rahim, now in prison for the acid attack, laments to a friend that Ava will not forgive him. Mani tells a friend that he “doesn’t want to fight” over her. A fan whirrs in the background as the fortune-teller reads Ava’s future.

The film takes on an intimate, real-life feel thanks Akbari’s mastery of the minutiae of body language and human interaction

An almost identical fan whirrs through one of the most telling scenes in the film, when Ava, tearful and bandaged, explains her dreams to her psychiatrist. She dreams of snakes, of feeling “heavy like a pregnant woman”, of wearing clothes so tight that her flesh is exposed and a veil so small that her hair is uncovered. Dreams, perhaps, but these images are deliberate in their deployment here: Ava’s internal dialogue echoes the feelings of confinement and inherent culpability pushed onto her by the outside world. 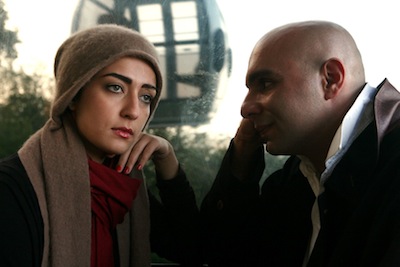 One. Two. One takes on an intimate, real-life feel, thanks to the apparent exclusive use of long takes and Akbari’s mastery of the minutiae of body language and human interaction, whether this is through two strangers making eye contact for the first time or a hand gyrating menacingly at the end of a plaster-covered arm. The lighting, too, is beautiful: goopy and artificial, an unavoidable remnant of filming on the hoof.

Style aside, the film asks as many questions as it answers: is the oppression of women the work of men of all society, including women? It is interesting that while Rahim rants about his ownership of Ava, the only other human being he mentions is his mother: “She told me Ava was mine.” But how should we view Rahim’s mother, who presumably came of age at around the time of the revolution? Is she a stalwart of “the way things were”? An excuse for Rahim to behave violently towards Ava? Or merely a woman acting in the best interest, social or psychological, of her son?

The legacy of these early Iranian feminists lives on today, with the majority of university students being women

The truth is further muddied when we think more generally about women’s rights in Iran, where the 1979 revolution had wide-ranging, and certainly not entirely negative, effects for women. In pre-revolutionary Iran, women’s rights groups had been increasingly influential, with Iranian women gaining the right to vote years before their counterparts in Switzerland and Portugal. Between the genesis of the movement in the early 20th century and the time of the revolution, women had gained the right to equality in marriage and divorce, abortion and wages.

The legacy of these early Iranian feminists lives on today, with the majority of university students (and a huge 70% of science and engineering students) being women. Despite this, women make up only around 15% of Iran’s workforce, one of the lowest proportions in the world. Women are not allowed to hold public sector jobs above the municipal level, and are notable by their absence in more skilled jobs. In 2012, proposals were made by 36 universities to either segregate students by gender or to bar women from studying a number of subjects, although this seems to have been publicly opposed by the Ministry of Education following widespread protests and has not been implemented at the time of going to press. 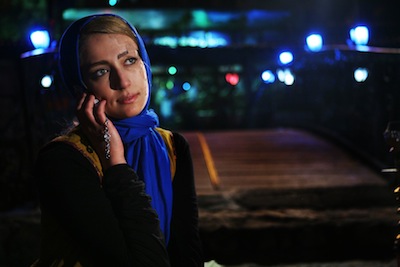 Many of the more specific rights granted to women under the Shah were revoked following the revolution. Mandatory veiling was re-introduced, the minimum age for marriage was lowered to 13 and gender equality in legal disputes was also removed, with testimony from a woman considered to be worth half of that of a man.

Contemporary campaigners for women’s rights also face significant obstacles, with many of those contributing to the One Million Signatures campaign (a petition-based movement opposing legal discrimination against women) reporting having been assaulted or arrested while campaigning. In 2008, four women received jail sentences for their part in the campaign. Media coverage of women’s issues is all but absent: the only Iranian women’s magazine was closed down in 2008 on account of it being a “threat to the psychological well-being of the society”.

And so we return to Ava and to Rahim’s mother, two women a generation apart with one thing in common: they are women in the real world, with real families and real relationships. They get hungry and bored and have to just do the best they can with what they have, whichever society they find themselves in. And here is crux of this film, the one question that defines the work, especially in the context of Akbari’s struggle to complete it: who is the dangerous woman (and to whom): the one who encourages her son’s ownership of other human beings, or she who dares to say “no”?

The film has been released on DVD by Second Run DVD and is available through their website.

All photos are stills from the film, courtesy of Second Run DVD.

L W Yates is a writer and doctor. She tweets as @l_w_yates and blogs at www.lwyates.blogspot.com.