Weekly round up and open thread, 9th September 2013 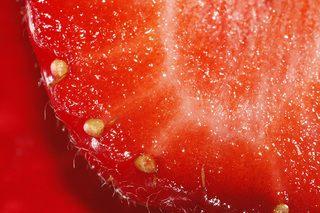 We can’t always cover every story that catches our eye, so this post is to share some of the links we’ve read and found interesting this week. We don’t endorse, or agree with, everything here, we just thought they were worth sharing.

If you have any links or opinions you would like to share, please do so in the comments below.

I hope that provides you with some good start-of-the-week reading fodder, and if you want something more audiovisual, heed this warning about the perils of lesbianity.

[The photograph is a close-up of the inside of a strawberry. It was taken by Andrew Kuznetsov and is used under a Creative Commons Licence]